Activision and Doritos have joined forces to give players of Call of Duty: Modern Warfare the chance to grab 3 exclusive in-game items – completely for free.

Past Call of Duty titles have received staunch criticism from the community for the price of additional content. For example, publishers Activision were slammed when it was announced that Modern Warfare Remastered would charge $15 (roughly £12) for the variety map pack.

However, 2019’s Modern Warfare has so far broken this trend. At the time of writing, no DLC has been added to the game that costs players extra money. This trend has continued with the December 2 announcement of free exclusive items, thanks to Doritos. 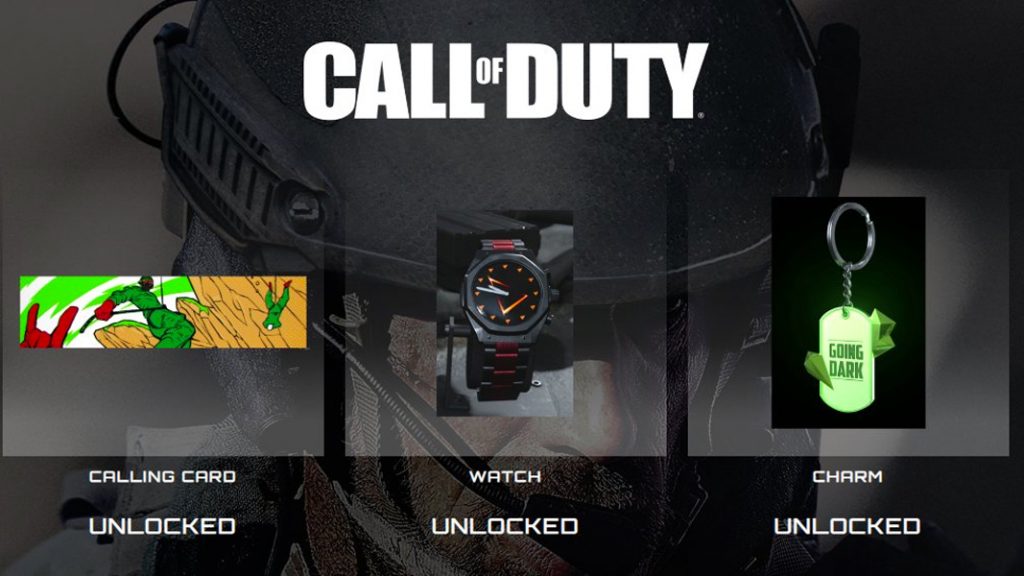 The three in game items.

There are three exclusive items that players can ascertain. These include a Calling Card, a watch for your player’s wrist and a ‘Going Dark’ Gun Charm. The items can be seen above.

They are remarkably simple to unlock, provided you follow all the instructions Doritos have provided. As previously mentioned, they are completely free for all players.

Doritos explained how to do it in a December 2 tweet: “Ready to take your COD game to another level? Unlock 3 exclusive item drops in Call of Duty: Modern Warfare. Just follow us, and then tweet @Doritos #DoritosDewDrop.”

Make sure you're following us before tweeting at us and using the hashtag! We want to make sure we give out as many codes as we can!

It really is that simple. Just ensure you’re following the Doritos account prior to tweeting them the hashtag.  Once the tweet has been sent, you will receive a code to enter via your account at CallofDuty.com.

Upon entering this at your Call of Duty account, you will be sent to a screen displaying the message: “Thanks for entering your code. Your items will be available in-game once you restart.”

The message received once the items have been successfully redeemed.

Following all these instructions will guarantee that you get your 3 exclusive items completely for free.

There is currently a known issue with codes incorrectly registering as already being redeemed when players enter them. However, liaising with Activision’s Support on Twitter sees them handing out replacement codes.