The Last Chance Qualifier tournament for the 2018 Call of Duty World League Championships has now fully wrapped up.

A total of 30 teams from all around the world gathered at the MLG Arena in Columbus, OH from July 24-25 to try and punch their ticket to the largest tournament of the year.

As the name of the competition suggests, the LCQ is the last and final chance for any non-Pro League teams to qualify for the $1.5 million Champs.

With only 16 qualifying spots open for the 30 participating teams, the tournament was destined to be a bloodbath and it certainly did not disappoint.

Eight of the 16 teams that qualified managed to do so by winning both of their matches in the Winners Bracket:

There were five teams that won their first match in the Winners Bracket, but a subsequent loss sent them to the Losers Bracket, where they had to win an additional match to qualify.

Finally, the remaining three teams qualified after losing their first match of the competition, and had to win two straight pressure-packed matches in the Losers Bracket.

These 16 teams will join the other 16 teams which have already qualified for Champs on the virtue of being in the CWL Pro League Stage 2.

The full list of 32 participating teams can be seen below, and the pools for Champs will be drawn on July 29 after the conclusion of the Pro League Playoffs. 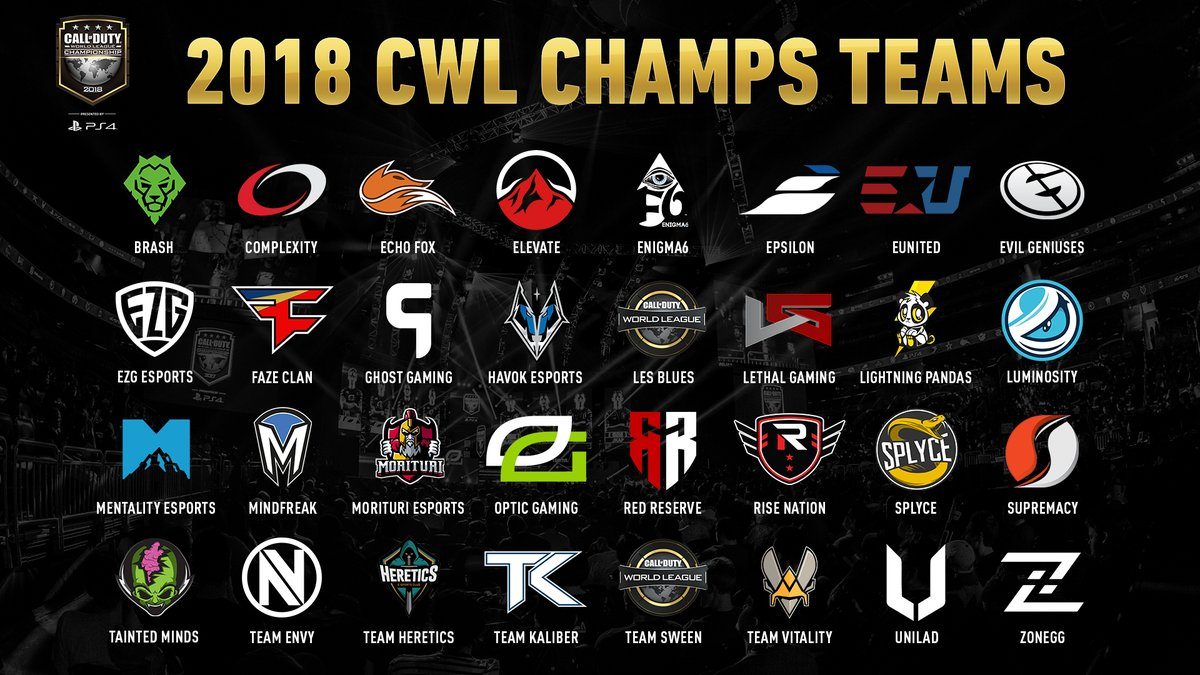 For full details about the 2018 CWL Last Chance Qualifier, including all participating teams, the Winners and Losers Brackets, and the format, check out our dedicated hub here.