American television network Fox News has come under scrutiny following what people are deeming as a rather inappropriate headline.

News outlets across the world jumped on the story of professional Call of Duty player Doug ‘Censor’ Martin choosing competing over his girlfriend of three years, Yanet Garcia.

Censor explained in a video that he wanted to dedicate his time to winning championships and with Black Ops 4 getting released in October 2018, and with Yanet working as a weather woman in Mexico City, he had to ‘pick his poison’ and decided it was unfair on her.

Due to Yanet’s status as the world’s hottest weather woman, with her Instagram pictures usually having the emphasis on her behind, the story made its way out of the esports centric media and spread across the internet like wildfire.

The idea that a ‘gamer’ would choose competing over the beauty of a girl has led to some rather amusing headlines, but there has been some questions raised when Fox News used the title ‘Duty or Booty’. 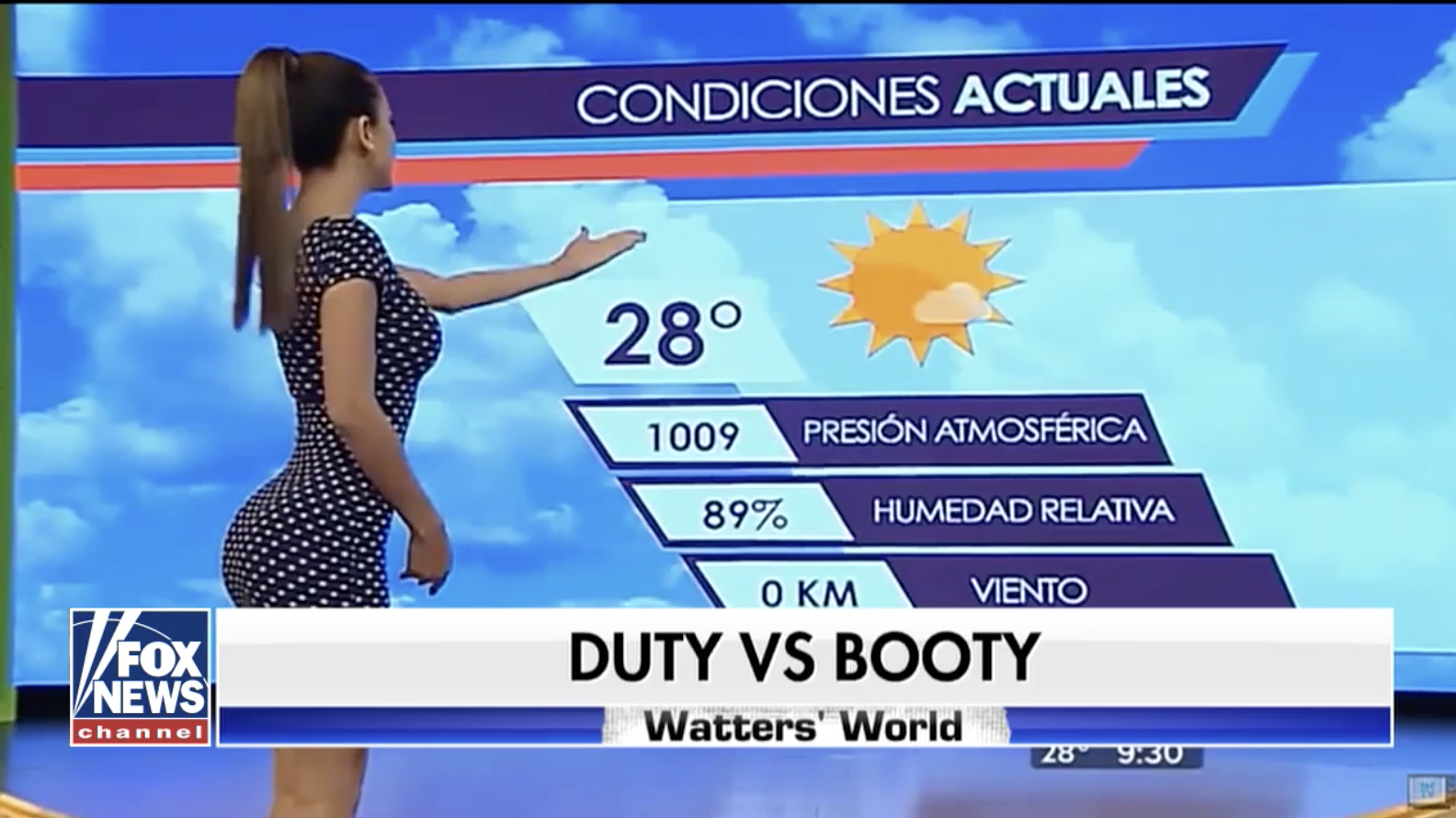 The discussion took place on Fox’s weekly show, Watters’ World, hosted by Jesse Watters. He expressed his disbelief at what happened.

“There is a woman, I think her name is Yanet Garcia. She is a weather girl. One of the most of famous weather girls, I think in the entire world and everybody wants to date her. She is a very eligible bachelorette as they say, so she gets together with this guy. This guy’s name is Douglas Martin.”

“Douglas Martin is a video game player. He is a professional gamer. So, they are dating for a while and things are going great, and this guy Douglas dumps this woman here — dumps, Yanet Garcia because he wants to dedicate more time to playing video games full time. Can you guys believe it?”

The two guests on the show went on to say that he probably left her because she was leaving too little to the imagination.

You can view the segment below at 4 minutes 15 seconds below. Please note that some users have reported seeing just a black box due to having the incorrect plugin. Please try another browser if the problem persists.