Everything you need to know about League Play in Black Ops 4 - World League Hub, how it works, and more - Dexerto
Call of Duty

Everything you need to know about League Play in Black Ops 4 – World League Hub, how it works, and more

The long awaited League Play mode will finally made its debut in Call of Duty: Black Ops 4 on February 21, and here is everything you need to know about it.

After months of patiently waiting, Call of Duty players were finally be awarded with League Play, which came as part of the brand new in-game World League Hub.

For those who may be unfamiliar with League Play, and even competitive CoD as a whole, were are providing with all of the information you’ll need in anticipation of tomorrow’s release.

When did League Play go live?

Thanks to Sony’s exclusivity agreement with Activision, Xbox One and PC players will get League Play a week later on February 28, with the launch time being presumably the same. 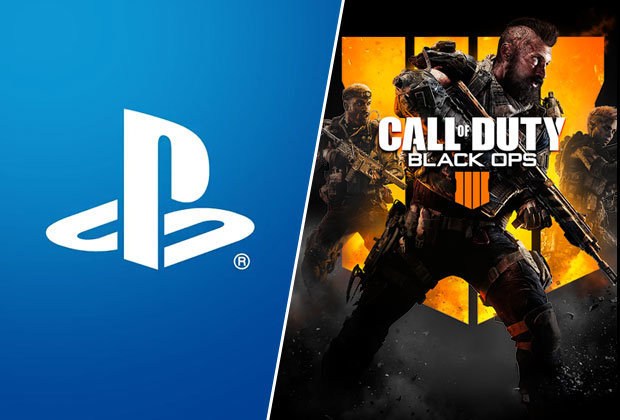 Black Ops 4’s League Play will be first available on the PS4 for a week before going live on other platforms.
[ad name=”article3″]

How does League Play work?

League Play is a ranked competitive mode in Multiplayer that will be modeled after the Call of Duty World League, which is the official CoD esports organization.

This means that all of the matches played will follow the official ruleset used by the CWL, meaning the game modes will be limited to Hardpoint, Control, and Search & Destroy, and the choices of weapons, attachments, perks, scorestreaks, and Specialists that players can use will be placed under restrictions. 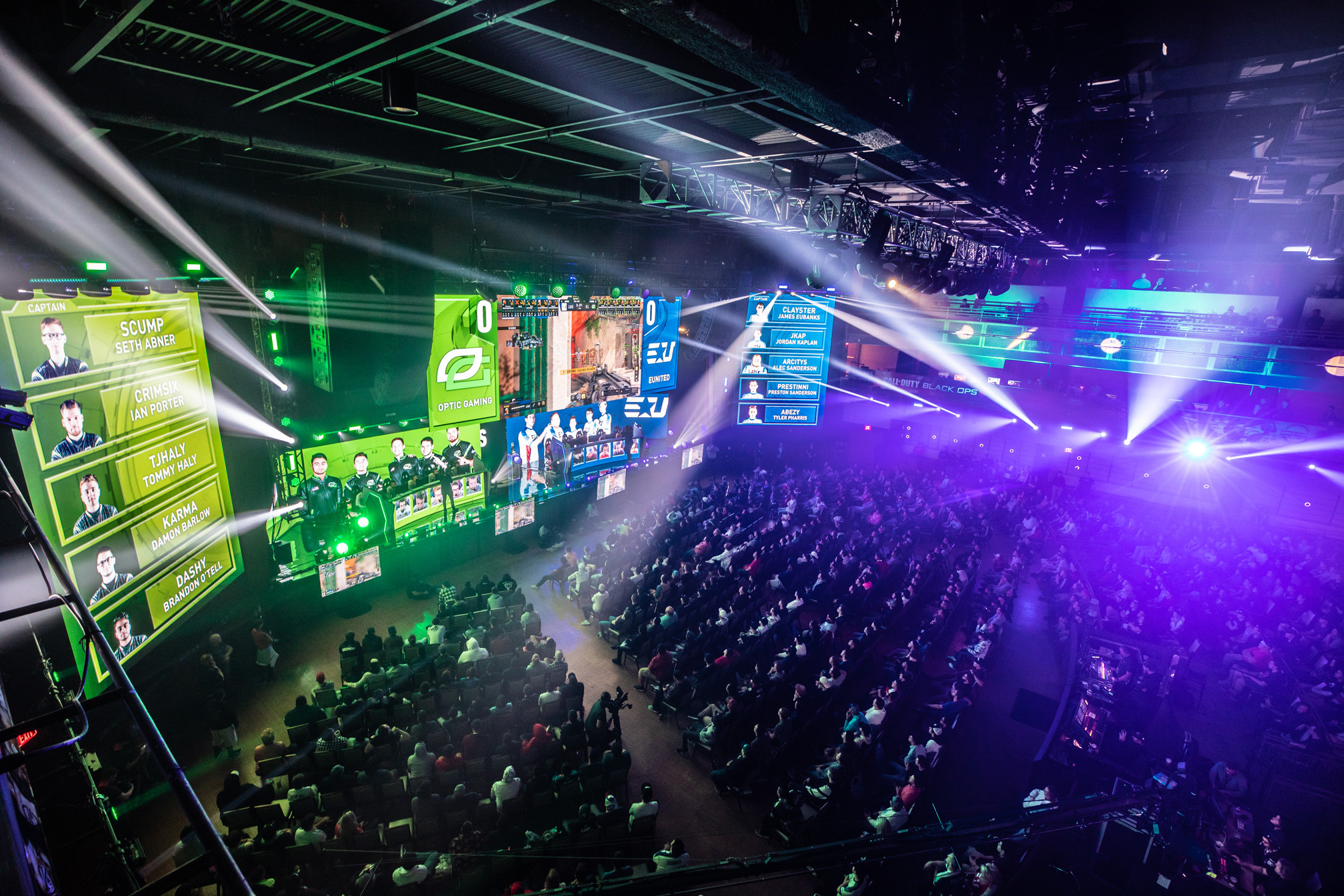 League Play will be modeled after the CWL, following the official ruleset used in competitive CoD.
[ad name=”article4″]

Here is a comprehensive overview of how League Play, as provided by Treyarch:

In the World League Hub, you will compete in the Pro Series playlist using the same game modes, rules, maps, and restrictions that the pros play. These are the same updated CWL rules that we recently implemented in the Pro Series Moshpit playlist in public Multiplayer and in CWL Custom Games, which has moved from Multiplayer to the World League Hub to make it faster and easier to jump into a competitive match.

League Play Events will be run in tight, competitive time frames of 3-4 days using the Pro Series rules with no gaps between events to allow you to play for rank all week long. These events may be shorter or longer depending on the introduction of other types of competitive events later in the year. For the launch of the World League Hub, League Play Events will be the only events running.

Your Division has no bearing on who you are matched with when competing, as you will always be matched with players from the entire global population in League Play who are closest to your skill level. This allows League Play matches to stay as competitive as possible. Note that matchmaking times may take longer than standard Multiplayer matches, as the system searches for the best skill match, and matches only start once full teams with the same number of players on each team have joined. Of course, League Play is the only mode in Black Ops 4 Multiplayer that utilizes skill-based matchmaking.

A base Ladder Point value is awarded for a win, with increased points for every win in a streak up to a 4-game win streak. A loss will deduct penalty points from your Ladder Points and reset your win streak.

You’ll notice this time around that we’re approaching the ranking system with a brand-new philosophy. In the past, League Play displayed a divisional rank based on a player’s skill bracket and Arena displayed a rank based on a player’s performance in the current season. We found that this type of system was unrewarding for most players because they would settle early into a rank that would become stagnant for the duration of the season. Even for the highest-ranking players, this could feel unrewarding because there was no persistence of their accomplishments across seasons, and that was a missed opportunity.

To address this, we’ve created a new permanent, progressive rank system focused on a combination of both lifetime and recent performance, called your World League Rank. The new system progresses players higher in ranks based on final placement in events, and it permanently reflects personal best milestones that players achieve, such as placing in the Top 10 or 1st Place, along with streaks of getting multiple 1st Place finishes in a row. As such, the rank displayed in Black Ops 4 is based on a more rewarding persistent rank system that always allows players to progress from event to event. The higher you finish in events, the faster you will progress through the system, and your success will always be reflected in your rank.

Compete in a League Play Event, and you can earn Gems based on your final position in the Division Ladder. Earn enough Gems, and you’ll advance your rank. Gems are rank rewards that are granted based on your final place at the end of a League Play Event. Make it to the Top 25, and you earn 2 Gems. Finish in the Top 10, and you’ll earn an additional Gem for a total of 3 Gems. Finish 1st, and you’ll earn another Gem for a total of 4.

There are 20 ranks to achieve in the World League Hub. Each rank requires a number of Gem slots to be filled before the next rank can be earned. Once a rank is filled with Gems, the next Gem earned will advance the player to the next rank, and will be applied to the new rank.

The Gem requirements start at 3 per rank and increase to 4 per rank once you reach Rank 11.

Victory Flames reflect the highest level of performance for players at the top of their game.

What is the World League Hub?

The World League Hub will be the ‘fourth pillar’ of Black Ops 4, in addition to Multiplayer, Zombies and Blackout. League Play will be located in this hub, along with CWL Custom Games and pretty much anything else related to competitive CoD and esports.

Prior to launch, images of the World League Hub’s main lobby were being leaked after a glitch in the game was allowing players early access into the menus. 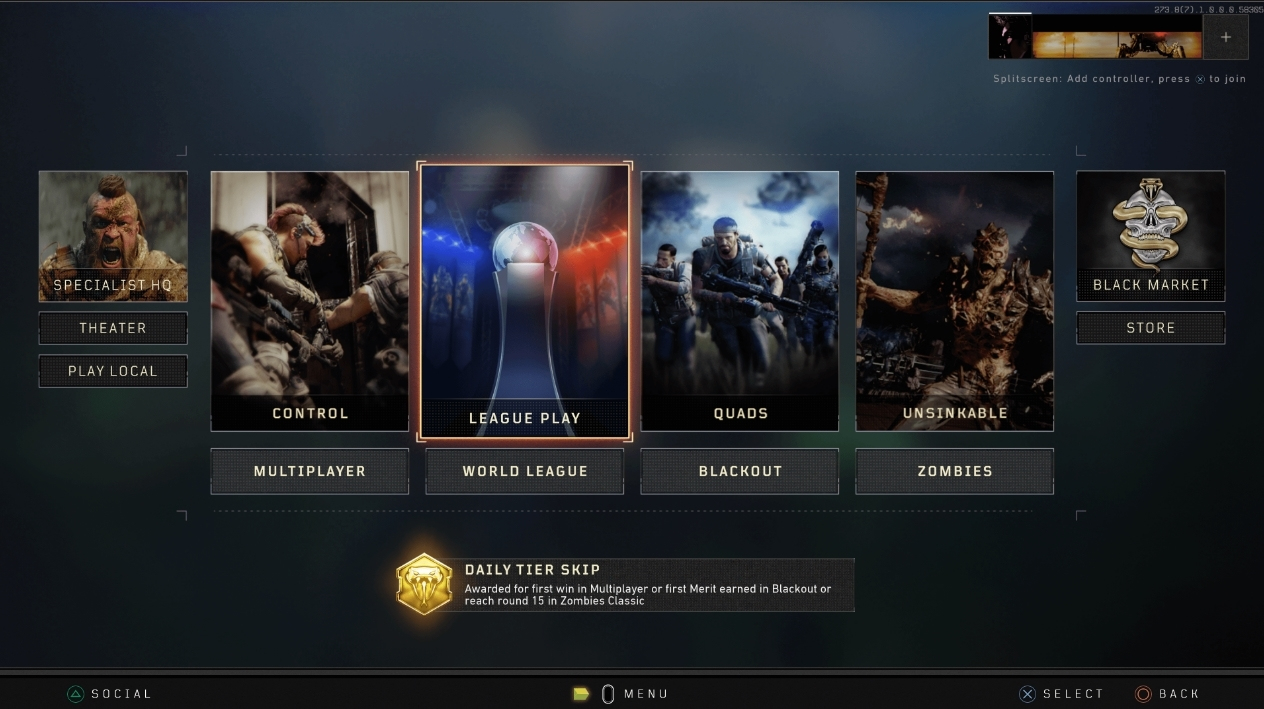 The World League Hub will be the ‘fourth pillar’ of Black Ops 4.

What is the current CWL ruleset?

As mentioned above, League Play will be modeled after the CWL, which means that all matches will follow the most recent version of the official competitive ruleset.

You can check out that ruleset in its entirety down below, although it is subject to change at any time.

For this year, all competitions will be played on three game modes: Hardpoint, Search and Destroy, and Control.

Control is a new signature game mode that brings out the best in Black Ops 4 team tactical gameplay. It brings together some elements of S&D and Hardpoint in a way that feels completely unique. Like S&D, teams alter between attacking and defending two pre-determined objective areas on the map. Like Hardpoint, these objectives are hills where attackers must stand in to capture them.

Each team gets a collective 25 lives per round. A team takes a round when they either capture both hills on offense, run out the clock on defense, or expend all of the other teams’ 25 lives on either side.

Our initial slate of maps may be reduced ahead of CWL Las Vegas. We want to make veto strategy an important element this season but have kept the map pools for each mode purposefully larger to allow us to adjust in the future.

At this time, Control will be our third game mode – replacing Capture the Flag from the previous CWL season.

Here are the maps and main settings changes for Control:

As for the other two modes, here is the initial map pool and settings changes for Hardpoint and Search and Destroy:

Following CWL Las Vegas, special attention will be paid to the tuning of specific Specialist Gear (specifically for esports competition), adjusting elements like the damage dealt and durability of some offense-based equipment as well as the active time and impact of persistent support items.

Some equipment the studio would like to try adjusting – specifically for Esports Modes – include how Tac-Deploy operates and how many spawns it can generate, Reactor Core’s strength and radius, the damage and durability of Torque’s gear and more.

For that reason – specifically when selecting Esports settings in custom games, which will be added to the game in the near future – damage to players from Launchers will be dramatically reduced, such that it will be insignificant.