Call of Duty developers Treyarch have announced the starting and ending dates for the first ever Quad Feed XP promo event in Black Ops 4.

In an announcement put out on November 19, Treyarch revealed that four promo events were being combined into one giant for the upcoming week, which is being called Quad Feed.

In addition to this massive XP event, Nuketown is also going to go live for the Xbox One and PC platforms, along with Nuketown Island Zombies on Blackout. This content has already been available on the Playstation 4 since November 13, as part of the seven-day exclusivity deal that Sony has with Activision. 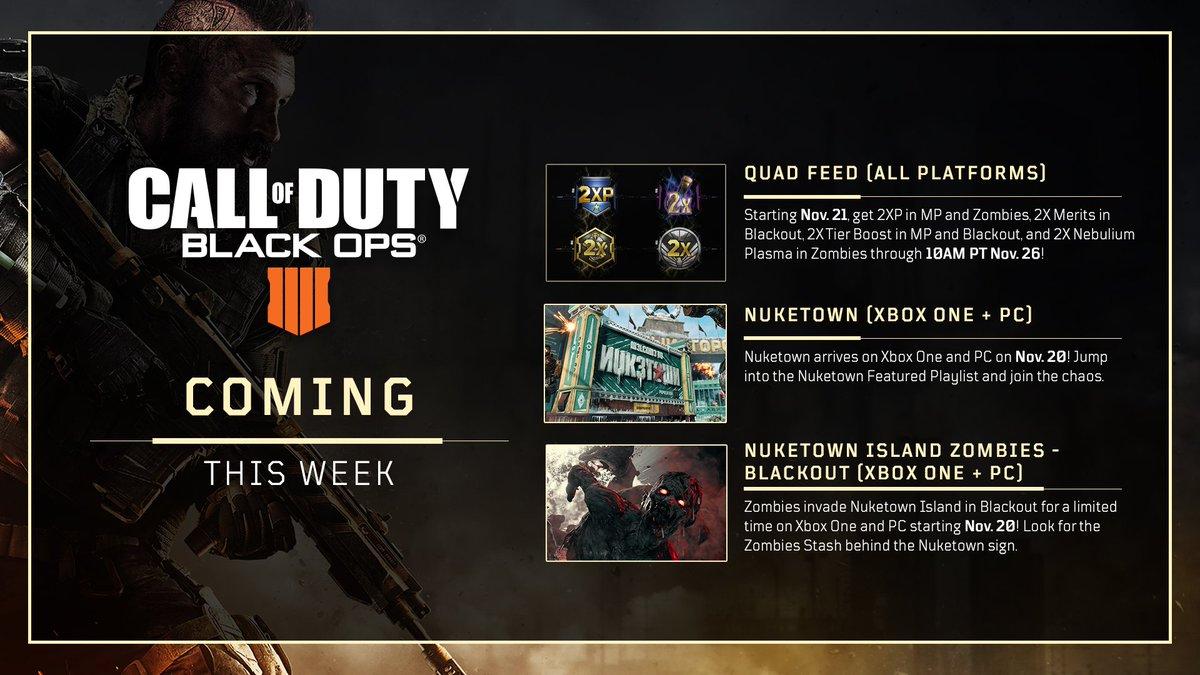 This massive event immediately follows the 2X Weapon XP weekend that was live in Black Ops 4 from November 16-19, which will not be one of the promos included in Quad Feed.

While most of these promo events take place during weekends, such as the 2X Weapon XP, Quad Feed will be partly taking place during the week as well, taking advantage of the time off that most of the player-base will have thanks to the Thanksgiving holiday in the United States.

Quad Feed represents a great opportunity for players of all three game modes to really level up their accounts in numerous ways, especially since no one knows when a promo event this massive will take place again.