Call of Duty: Warzone players are getting caught off guard by the brief countdown that warns you to stay inside of the map’s boundaries – prompting them to ask Infinity Ward for a change.

Players are finding situations where it’s nearly impossible to avoid a trip to the Gulags since the ‘return to combat area’ time limit gives them almost no time to double back.

Moreover, the community is finding early examples of how the boundaries of the game can interfere with players initially parachuting onto the map, limiting the scope of early long-range drops.

Warzone has a massive map for players to wage war against each other.

“Dear IW, please take a look at out of bounds limits,” Reddit user ‘Newtstradamus’ said. “I should be able to fly in a straight line from the plane here.”

The player was just starting up a game of Warzone when they were looking to make a b-line to Prison. Though they ran into a problem shortly after committing to point of interest.

They didn’t even clear Port when the warning sign started to beam that they needed to get back into the map’s boundaries.

Dear IW, please take a look at out of bounds limits, I should be able to fly in a straight line from the plane here. Smooches, Newt from CODWarzone

The minimap clearly shows the player veering outside of the landmass’s borders, though that made some people wonder if it should be expanded for these kinds of situations.

“I get having the boundary at ground level,” Newtstradamus said. “But maybe make it slant out from the ground so all flight paths are straight-line jumps to all areas of the map?”

Expanding the out of bounds regions like that could give players a bit more leeway when trying to make cross-map plays. But even if that were fixed, it still wouldn’t account for the short countdown. 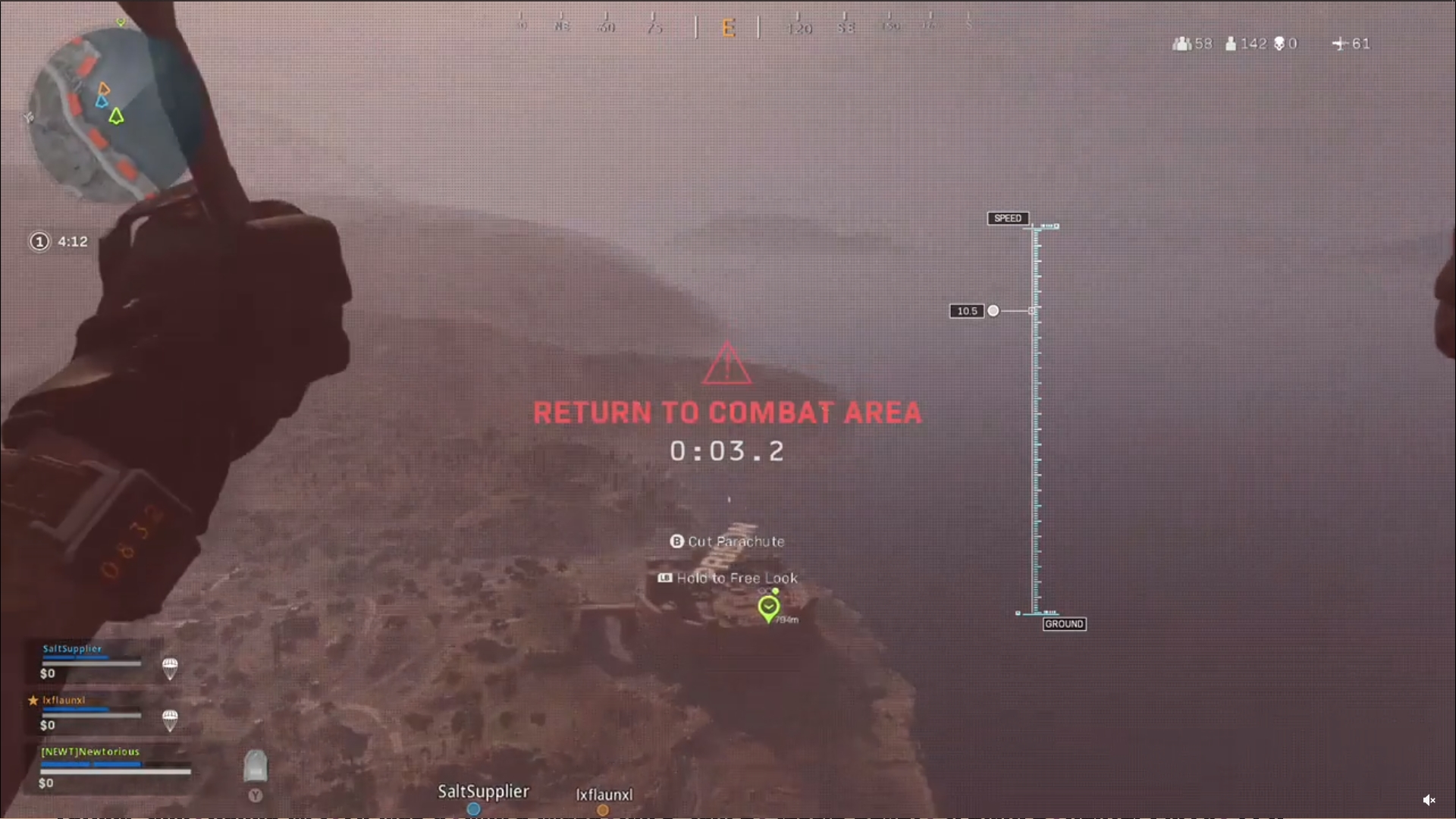 Currently, there is a five-second limit before you get captured as a prisoner of the warzone. That short amount of time could be difficult to play with if you were thrust outside of the bounds while in a vehicle or the like.

With Warzone having just released, there are bound to be minor tweaks IW implement based on player feedback that could go far into making the gameplay experience even more enjoyable.