A number of Call of Duty: Warzone leaks have taken place, with Twitch uploading a number of advertisements for the battle royale early to the streaming site, while YouTuber Chaos accidentally released an 11-minute video breaking down the mode.

Ever since Modern Warfare was first announced, leaks have circulated about the prospect of a battle royale appearing in the game, following the success of Treyarch’s mode Blackout when it released alongside Black Ops 4 in 2018.

For weeks, fans have been eagerly anticipating the release of the battle royale, with multiple data miners and leakers dropping clues and hints about what is to come – while the start of Modern Warfare’s Season 2 introduced a strange “Classified” section specifically for Warzone, as a further number of hints and teasers appeared in-game as well, pointing towards potential release dates and locations featured in the mode.

A number of leaks appeared late on Sunday, March 8 regarding Warzone.

While there is no official word from Infinity Ward on the release of Warzone or potential dates for announcements to be made, YouTuber Chaos seems to have jumped the gun, and uploaded an 11-minute video about the battle royale mode, much to the surprise of those who managed to watch the video.

The video originally went live late on Sunday, March 8, but was quickly unlisted, with it appearing that Chaos scheduled the upload for the wrong date and YouTube publishing the video to his audience. While the video was made private, over 10,000 people were able to watch it before it was removed from the site entirely, with those who managed to catch it able to watch 11 minutes of gameplay recorded by the YouTuber when he attended Infinity Ward’s studio to test the game.

In it, the YouTuber expanded on rumors that the game will be free-to-play, talked about the return of legendary maps as locations, and gave a first-look at gameplay from Warzone. Chaos also stated that the mode is “available now,” but Warzone is not expected to release on Monday, March 9. 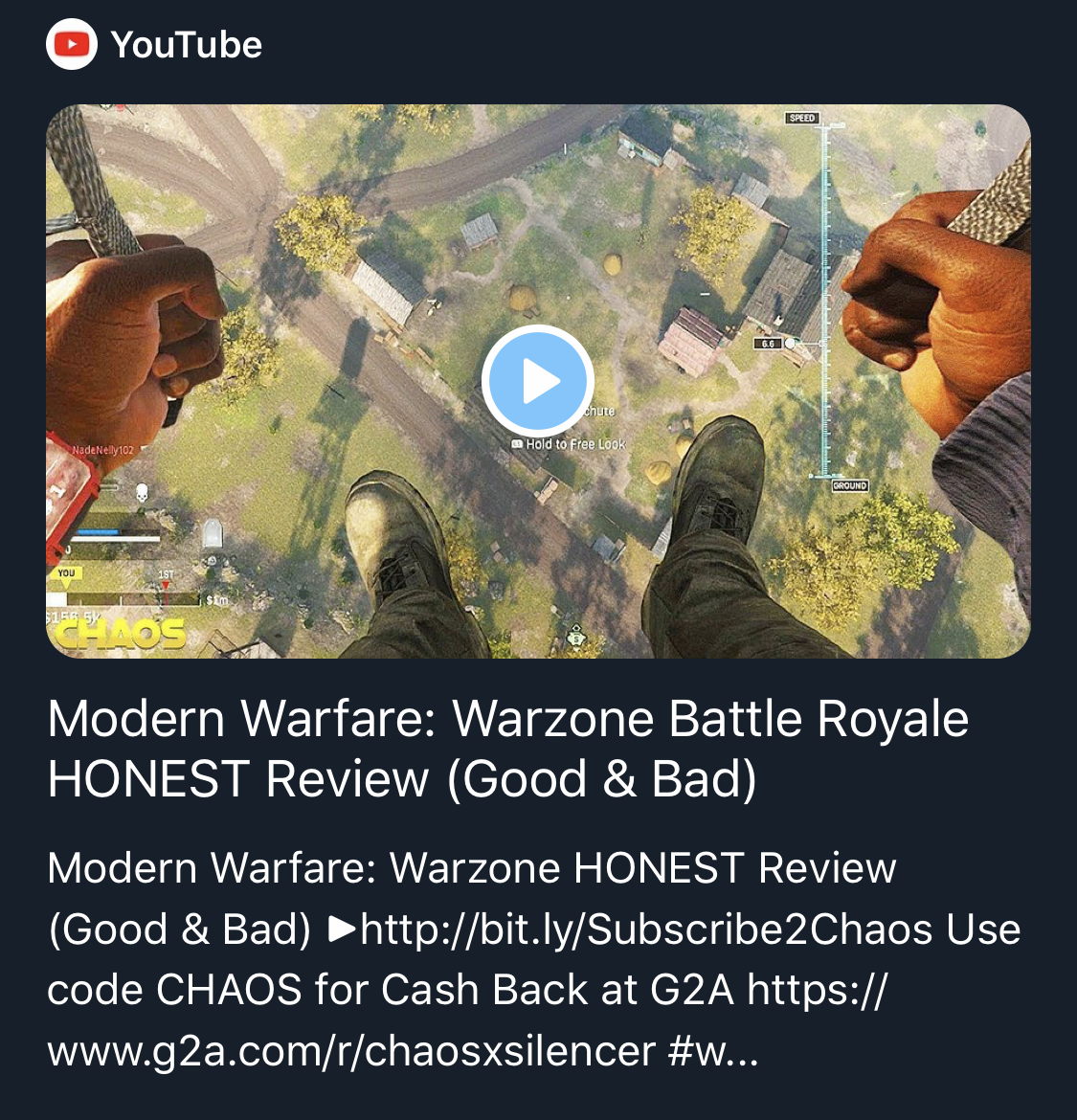 The video was uploaded to Chaos’ YouTube before being taken down.

Elsewhere, Twitch also apparently jumped the gun, uploading a number of advertisements to the streaming platform mention Warzone, with the images encouraging players to “join now,” perhaps confirming that the mode’s official release is taking place in the very near future.

BREAKING: Advertisements for Call of Duty: #Warzone have began to appear on Twitch!https://t.co/pELCgxgPwQ pic.twitter.com/1oBZqmiFtU

Infinity Ward and Activision have yet to respond to the leaks by Twitch or Chaos, but the video has been completely removed from the YouTuber’s channel, with those who had the link no longer able to access it.

Data miners such as TheGamingRevolution have dropped a number of leaks about what players can expect when the mode finally goes live, such as potential progression systems, details about the map, and challenges that will be released when Warzone is made available.