We all know the powerhouse that the Call of Duty video game series is but this chart shows sales have declined since Modern Warfare 3 and Black Ops 2.

Reddit user “sickgraphs” created an interactive graph that shows weekly video game sales of every major game since July 2008. The data continues all the way through to December 2018.

The clear and most obvious trend is the spike in a particular video games’ sales upon release. Naturally, with any big title, gamers are eager to get their hands on it as soon as they can, which causes the initial spike. From there, sales naturally die off to a declining but consistent rate.

The graph also makes abundantly clear that Call of Duty is the titan of video games – at least it is over the 10 year period. Every year since 2008, when Call of Duty: World at War was released, there is a significant spike in video game sales when the annual CoD game is released.

Modern Warfare 3 at the top

The height of this came for Call of Duty: Modern Warfare 3 where its peak weekly sales hit nearly 10 million. To date, it is the best selling Call of Duty game with just over 30 million sales in total. 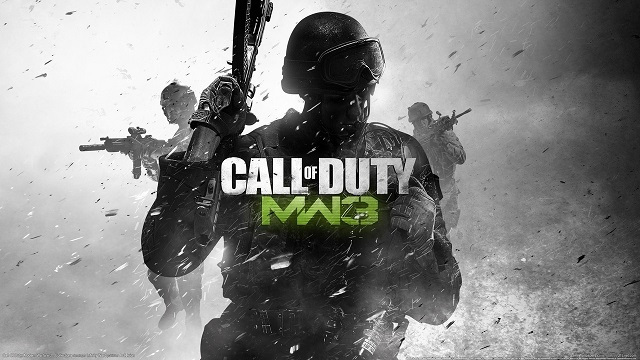 From after Black Ops 2 though, there was a decline in peak weekly sales, even though the series was often the best selling game of the year after that. Astonishingly, Call of Duty games make up seven of the eight top weekly sales of all games from July 2008 to December 2018. The only exception to this is, as you may have guessed, Rockstar Games’ GTA 5.

The divisive Infinite Warfare is somewhat of an outlier on the list, selling a relatively meager 3 million copies in its first week. Its unpopularity was obvious at an early stage when the Infinite Warfare reveal trailer receives millions of dislikes.

Even the allure of Modern Warfare Remastered bundled with it saw this particular not perform well. It should be noted that MWR was later released as a stand-alone game.

Call of Duty: WWII saw the series rebound but failed to reach the heights of past games. Sales figures for Call of Duty’s latest game – Black Ops 4 – were down comparatively but the game did make $500 million in the first three days of its release, suggesting it was more than successful but not reaching anywhere near the sales of its last gen counterparts.

Other takeaways from the graph are the resurgence of FIFA, although FIFA 19 saw a drop in comparison to the previous two versions. Red Dead Redemption 2 was the best selling game of 2018 but this is hardly surprising given the anticipation behind Rockstar’s release.

Call of Duty the biggest

The overwhelming takeaway from the graph, though, is that Call of Duty’s dominance in the video game market is unparalleled.

Call of Duty’s dominance may not be what it once was but its title alone will generate sales for years to come. Will Call of Duty ever reach the peak of its past successes? Probably not, but it doesn’t need to, to be successful.