Black Ops 4 players have been critical of the skins which can be unlocked through the black market system, but some of the new additions in the ‘Absolute Zero’ event have impressed the community.

When Black Ops 4 launched on October 12, microtransactions were non-existent, but soon after, the black market was added, with an entirely new system, not seen before in Call of Duty.

Taking notes from Fortnite’s battle pass, players will progress through tiers, simply by playing, and unlocking a new item at every tier – of course you can also buy tiers too, costing precious COD Points.

However, fans were not happy with many of the items, with tiers cluttered full of ‘stickers’ and ’emotes’, a few rather unflattering skins, and very scarcely were there any weapon camos or variants over the full 200 tiers.

With Absolute Zero now live, so is a new set of tiers (only 100 this time), and some of the new skins available are much more intriguing, as well as unlocking weapon camos more frequently and earlier in the tier progression.

One skin that has caught players attention specifically is the ‘Dragon Slayer’ outfit for Firebreak, which looks like its something out of a medieval game, not a futuristic military shooter.

Heaps of praise was given to this new skin, available at tier 65, particularly on Reddit – which can at times be the most vocal and negative community.

Another post called the skin the “Coolest shit I’ve ever seen”, and user RTCJOK3R replied, echoing the sentiments of many:

Dude those 100 Tiers all have really cool stuff in them, I’m glad that Muertos skin are finally gone. Weapons, camos, really great skins..that’s the Black Market i wanted. And bringing the Tiers down from 200 to 100 is another great move. 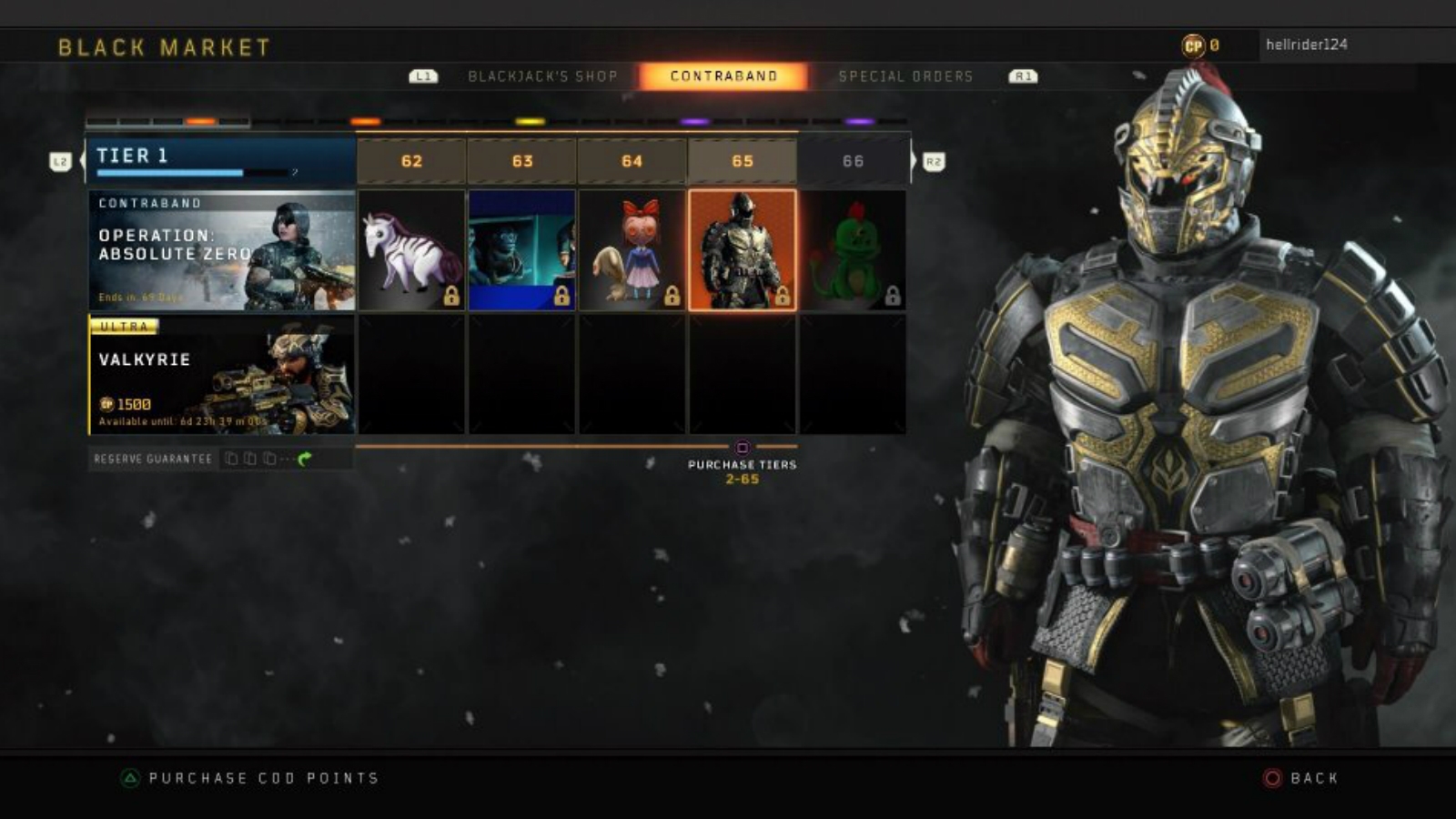 The Dragon Slayer skin is unlocked at Tier 65.
[ad name=”article4″]

In addition to the new items in the regular tiers, players can also choose to tack on another set of tiers to work through called ‘Special Orders’, which reward players with specific character skins and a set of calling cards.

These Special Orders rotate, typically every 48 hours, incentivizing players to buy them before they disappear – again taking a leaf out of Fortnite’s book and its daily item shop.