Treyarch released a teaser video on April 26 showing a slew of cryptic screencaps from Black Ops 4 as the company is ramping up to the fourth Operation for the game.

After the insane ride that was Operation Hot Pursuit, the Black Ops 4 devs are already looking to the next major event for the title. So far there have been three teasers ramping up to the next Operation, with the latest possibly hinting to a new Blackout map.

In a Twitter post the team behind Call of Duty released a brief but explosive teaser offering glimpses a future battle grounds that some have taken to be a new icy location or map to the battle royale mode. 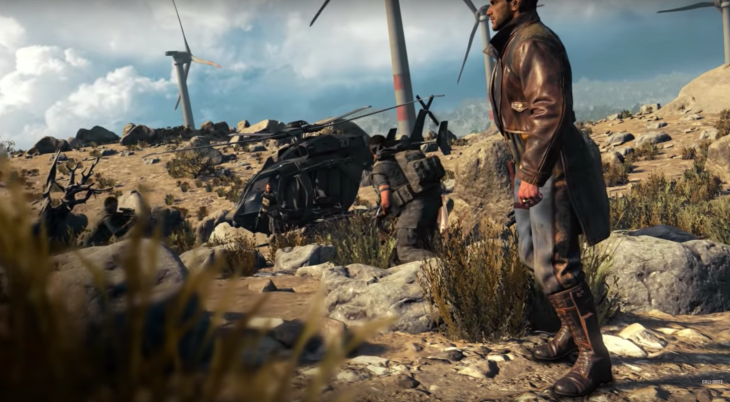 The Blackout mode already has different locations for players to fight, but might add one more soon.

At the beginning of the teaser, viewers are greeted with a laptop and mug both sitting atop a table located in what seems to be a tent.

Then images start to appear on the laptop’s screen, which are throwing fans into a loop trying to figure out what they mean.

The first seems to be the fiery aftermath of an explosion, but fans are given barely enough time to discern what the images are before the teaser switches to a more imposing figure.

The audio and visuals change from a crackling fire to the muted high winds of what seems to be a mountainous region that holds a majestic statue of Odin.

Holding an ax and what appears to be a spear, the statue can be seen with gold trim on its helmet and equipped weapons.

The next image surely woke up a fan or two, since the stillness of the previous shot is interrupted by an exploding building. It looks about the same configuration as an oil miner, but its definitely seen better days, as its obliterated by an unknown force.

Previous Call of Duty games could hold clues for the teaser

Clues from previous Call of Duty games could help pinpoint some of the inspirations that went into the teaser.

A previous map in Black Ops 3 named Berserk, which was a part of the Descent DLC, features a lot of the same imagery and inspiration like we see in the teaser.

The map released back in 2016, but it looks like Treyarch might repurpose the Norse inspired location situated in a high altitude, snowy terrain for their next batch of content for either Blackout or Multiplayer.

Call of Duty’s upcoming Operation is scheduled to release on April 30 for PlayStation 4 users, and the following week for PC and Xbox One.