Treyarch released a new Black Ops 4 patch on June 21 that kicks off the Fun in the Sun weekend with double XP in all modes.

The Fun in the Sun event gives players double XP and free map access until the event ends on Tuesday, June 25.

A ton of new content arrived in the patch, including the new Grav Assault Rifle, which some players reported was available in-game before the patch even went live. 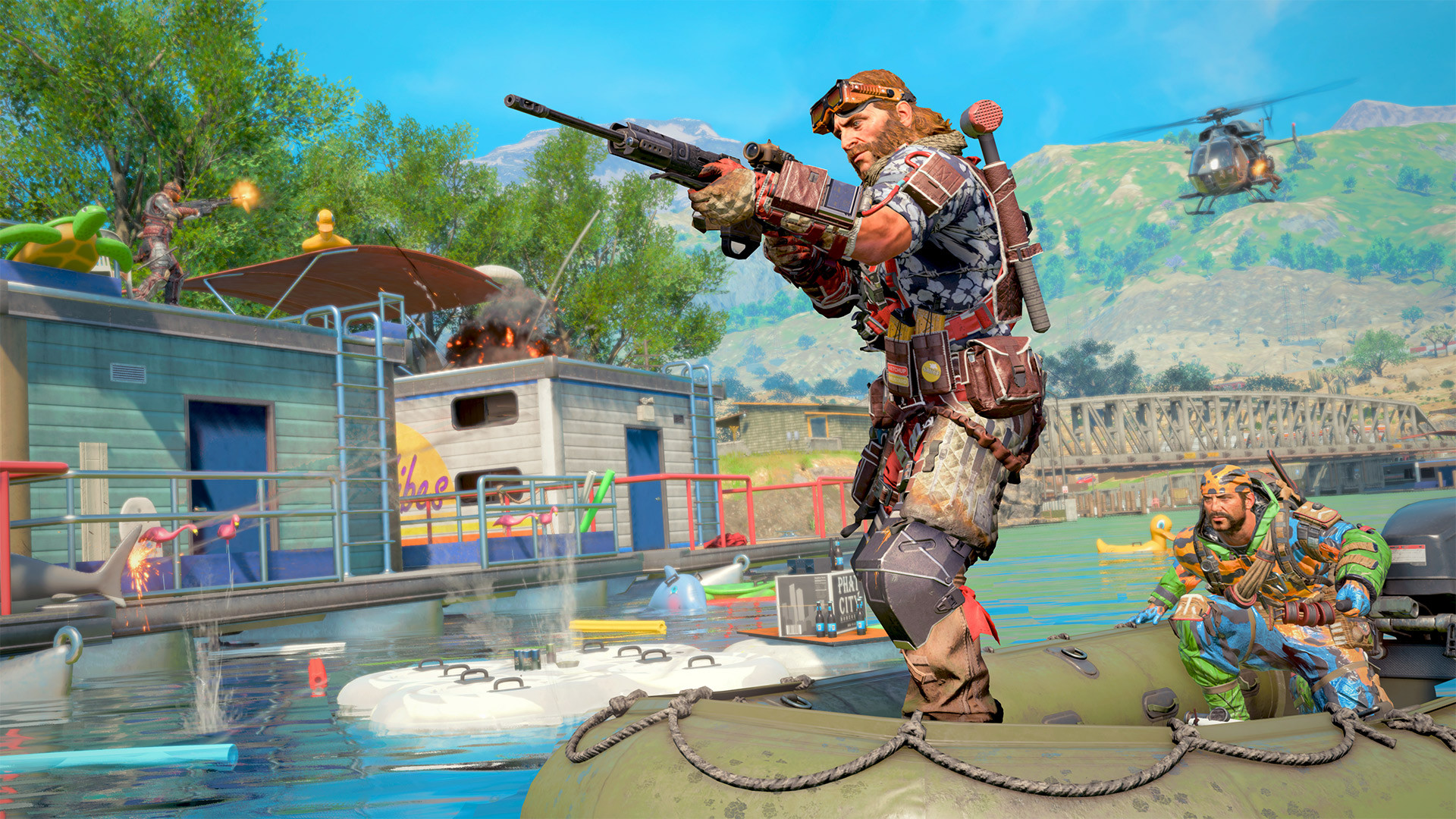 Fun in the Sun offers players the chance to earn double XP all weekend long.

Have some fun this weekend

Players will have the chance to earn double XP all weekend in Multiplayer, League Play, Zombies and Blackout during the Fun in the Sun event.

Treyarch is also giving users Free Black Ops Pass MP Map access for all players in all Featured, Core, and Hardcore playlists, Map Pack Moshpit playlist featuring Masquerade, Artifact, and WMD and 50 percent off Tiers during the event as well.

Fun in the Sun ends on Tuesday, June 25 at 10 AM and Treyarch will be putting out even more new Black Ops 4 content then, including the launch of Contracts, new medals, equipment and humiliations in Blackout and more.

As if that wasn’t enough the Grav Assault Rifle has been unlocked for PS4 players after they completed more than 15 million matches during the Community Challenge. Xbox and PC users still don’t have access to the weapon, but according to Treyarch both communities are well on their way.

The Grav Assault Rifle is now available on PS4.

When’s the next Black Ops 4 Update?

The next major Black Ops 4 update will happen on Tuesday, June 25 and will bring a ton of new content including contracts and a new map variation for Hacienda.

With double XP and free maps all weekend, Black Ops players have plenty of reason to log on and get some games in this weekend.

The full notes for the June 21 Black Ops patch can be read below.

Fun in the Sun Weekend is Here

It’s officially the first day of summer… who’s ready for some 2XP and free map access all weekend long? Better yet, why not all the way through Tuesday? Our Fun in the Sun Weekend kicks off today in Black Ops 4, featuring:

This event runs through 10AM Tuesday, when we’ll be dropping more new content in Multiplayer, Blackout, and Zombies. Speaking of which…

Our next major update is coming on June 25th, including:

In case you missed it, head over to our Contracts Blog for all the info on how Contracts work in Black Ops 4, as well as intel on the new Ultra Weapon Bribe that we’ll be introducing the following week as part of a new special event.

We also have some highly-requested bug fixes lined up for Tuesday that couldn’t be hotfixed before this next major game update. An issue with leveling up MKII Weapons is planned to be fixed in this update, as well as a remaining exploit on Grind. Thanks as always for the reports, and we appreciate your patience while we’ve nailed down these issues.

With 15 million matches completed during our Community Challenge on PS4, the Grav assault rifle has now been unlocked for PS4 players in Multiplayer! Xbox One and PC players are already well past the 50% mark with their combined efforts, and will unlock the Grav in MP once the Community Challenge has been achieved across all platforms. Almost there!

On the competitive side, we’ve made a conscious decision to include the Grav in League Play. The Grav was designed with competitive play in mind, built with a set of attachments that are all unrestricted in the CWL ruleset. The release of the Grav gave us an opportunity to keep the competitive meta fresh with a new weapon available to everyone, and offers an alternative to the KN-57 or ICR-7 for mid-to-long range position play. We’ll be keeping a close eye on the performance and community/pro feedback for this weapon as we evaluate its place in the future of League Play.

We’ve added Map Pack Moshpit to the MP Featured Playlists with free access to Masquerade, Artifact, and WMD for all platforms, and for Zombies players on PC, we’ve replaced the Chaos and Aether Moshpits with individual playlists for each Zombies map. Enjoy the 2XP in all modes through Tuesday, and we’ll see you online.