With the release of the latest Black Ops 4 update, players on all platforms can now explore everything that the game’s new Operation Grand Heist has to offer.

The operation was previously released on February 19 for Playstation 4 users, but a long week of waiting will now reward the rest of the Call of Duty community with loads of new content.

In a February 26 update, Treyarch released everything from the new Multiplayer Specialist Outrider to the latest Blackout location called Ghost Town to the PC and Xbox One communities.

• Operation Grand Heist now live on all platforms!
• One in the Chamber returns with the Annihilator
• Hot Pursuit continues on PS4 in #Blackout
• Blackout Quick Equip 2.0
• Engineer Perk fix
+ more

Although features such as League Play, the World League Hub and the new Hot Pursuit limited-time mode will come soon after the update, players can immediately dive into a plethora of new content.

Call of Duty fans can expect to dive into League Play and the World League Hub on February 28, while the explosive LTM Hot Pursuit will make its way to Xbox One and PC on March 1. 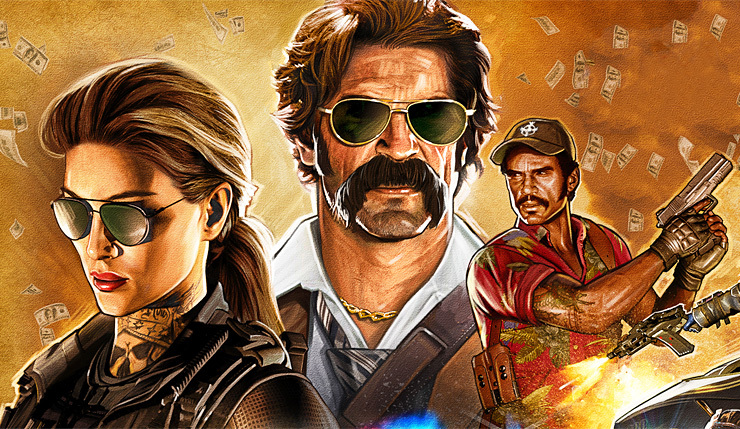 Operation Grand Heist will have plenty of content to keep players busy until more features hit throughout the week.

The update also brought a nerf to the Swordfish burst-rifle that will see the ADS movement speed slowed a bit. Treyarch will definitely be monitoring how the change effect the popular weapon and could change the discussion around the current Gentleman’s Agreement in the CWL.

Blackout fans will be able to try out two new features in the battle royale with Ghost Town being included into the game as well as the long awaited Blackout Quick Equip 2.0.

The revamped layout to Blackout’s loot interface will look to make equipment easier to access while reducing the clutter that previous layouts were infamous for.

Zombies fans are getting the new Death-Con Five Gauntlet on Classified, while Multiplayer gets two new maps in Casino and Lockup.

For full notes on the latest Black Ops 4 update for Xbox One and PC read below:

With today’s updates on Xbox One and PC, Operation Grand Heist has now arrived on all platforms, delivering the initial wave of a full season of content across all modes! New content for Xbox One and PC includes:

League Play and the World League Hub will launch this Thursday on Xbox One and PC, with our new Hot Pursuit game mode rolling out on Friday in Blackout on those platforms. One in the Chamber, League Play, and Hot Pursuit continue this week on PS4, along with the additions of Hardcore Map Pack Moshpit and Mercenary Objective Moshpit to the MP Featured Playlist category on all platforms. We’ve also implemented some bug fixes and quality-of-life improvements, including…

Live today in Blackout, we’ve upgraded the Quick Equip interface to stack items of similar types vertically for easier access and less clutter. For example, healing items will appear in a single stack that allows players to quickly scroll through First Aid, Med Kits, and Trauma Kits in one column when the Quick Equip menu is open. Players can toggle this new setting in the Controls section of the Options menu. Give it a shot and let us know what you think after a few matches!

As we mentioned yesterday from /u/TreyarchPC, we’ve updated the PC playlists in Multiplayer and Zombies to provide faster matchmaking across all game mode types. Check out the PC patch notes below for all the details on our new-and-improved curated playlists.