A new Black Ops 4 patch has landed and brought with it many features fans have been clamoring for, while introducing tons of updates and fixes to the PC version of the game.

With players already exploring everything Operation Grand Heist has to offer, Treyarch released another patch that will look integrate more hyped up features while mending various bugs that have appeared in the game.

Treyarch posted their full patch notes on Reddit, revealing extensive fixes for Black Ops 4, as well as the introduction of League Play and crucial Blackout features fans have been waiting for.

Treyarch is excited to finally introduce League Play to Playstation 4 users this week, as players have been eagerly anticipating the ranked mode for the shooter.

Blackout also got a feature the community has been asking for a while, as the Inventory Management Update will now let players see both of their weapons on the inventory screen. The feature will hopefully do away with the numerous reports of frustrating instances that players have encountered with the previous inventory management system.

The PC version of the game also features numerous weapon tuning in almost all weapon classes for the Multiplayer mode.

Zombies also received extensive stability enhancements that will hopefully remedy the numerous crashes some have experienced whether inside a match or in Theater mode. 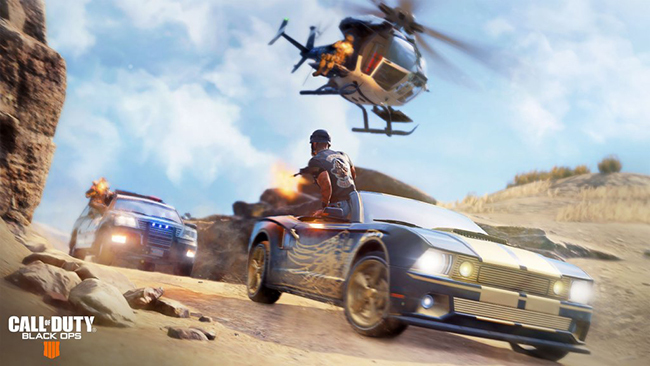 Blackout will be getting a new LTM soon to go along with Operation Grand Heist.

Treyarch gave Blackout players a little tease, suggesting that there are new weapons to discover in the recently added Ghost Town location in the battle royale.

You can see the patch notes for all of the changes made to weapons in all the modes down below, and more information about the update can be seen in the full February 21 update.

Your home for competitive Multiplayer in Black Ops 4 arrives today on PS4 with the debut of the World League Hub on PS4! World League is now the new fourth pillar of the game, which you’ll see between Multiplayer and Blackout on the main menu. Now that you’ve had time to test out your competitive loadouts in the Pro Series Playlist in pubs, it’s time for the real deal.

League Play is governed by the same CWL ruleset that the pros play by, and it’s the only mode in Multiplayer that utilizes skill-based matchmaking. Be sure to read our upcoming World League Rank System blog for the full details on our new ranking system, League Play Divisions, Ladder Points, Daily Bonuses, rank rewards, and more!

Our 1.13 update is live on PC today, including the console updates detailed on Tuesday under the “PS4 and Xbox One” section, as well as several PC-exclusive updates and improvements. These include PC-specific MP weapon tuning updates across nearly every weapon class, such as faster rechamber speeds for bolt-action sniper rifles and improved ADS handling for assault rifles.

Also new to Blackout on PC: our updated inventory system now shows both weapons simultaneously, making it possible to view and manage attachments on both weapons in your inventory at once. Give it a shot in-game and let us know what you think!

The Zombies arsenal gets even bigger today on PS4 with added support for some of our newest weapons in the Zombies Armory, including the Switchblade X9 folding SMG and Rampage full-auto shotgun.

A New Secret Has Been Buried…

Speaking of which, we’ve heard reports of some experimental weaponry in the underground caverns of Ghost Town waiting for those who look closely enough…

Get ready to start your engines… our all-new Hot Pursuit limited-time mode arrives tomorrow in Blackout on PS4, introducing three new vehicles into the mix with the SUV, PBR, and Muscle Car! Each vehicle has its own strategic advantage, so choose wisely.

The following updates are live today in PC with our 1.13 update: