Call of Duty developers Treyarch have released another update for Black Ops 4, and we’re here to make sure you’re up-to-date on everything there is to know.

With this update, a lot of the content that PlayStation 4 players had exclusively received a week ago has gone live on the Xbox One and PC, including but not limited to the Barebones playlist, Ancient Evil Zombies map, and more.

The April 2 update was full of new content for Blackout battle royale, including the release of the brand new Alcatraz map on the PS4, with Xbox One and PC set to receive it a week later thanks to Sony’s exclusivity agreement with Activision.

Speaking of the Xbox One and PC, the new Homewrecker weapon is now available on both platform via Contraband Stashes.

The After Action Report has also been updated, providing additional information after each match, including new Challenge progression.

Last but not least, Blackout is now free to access on all three platforms through April 30. 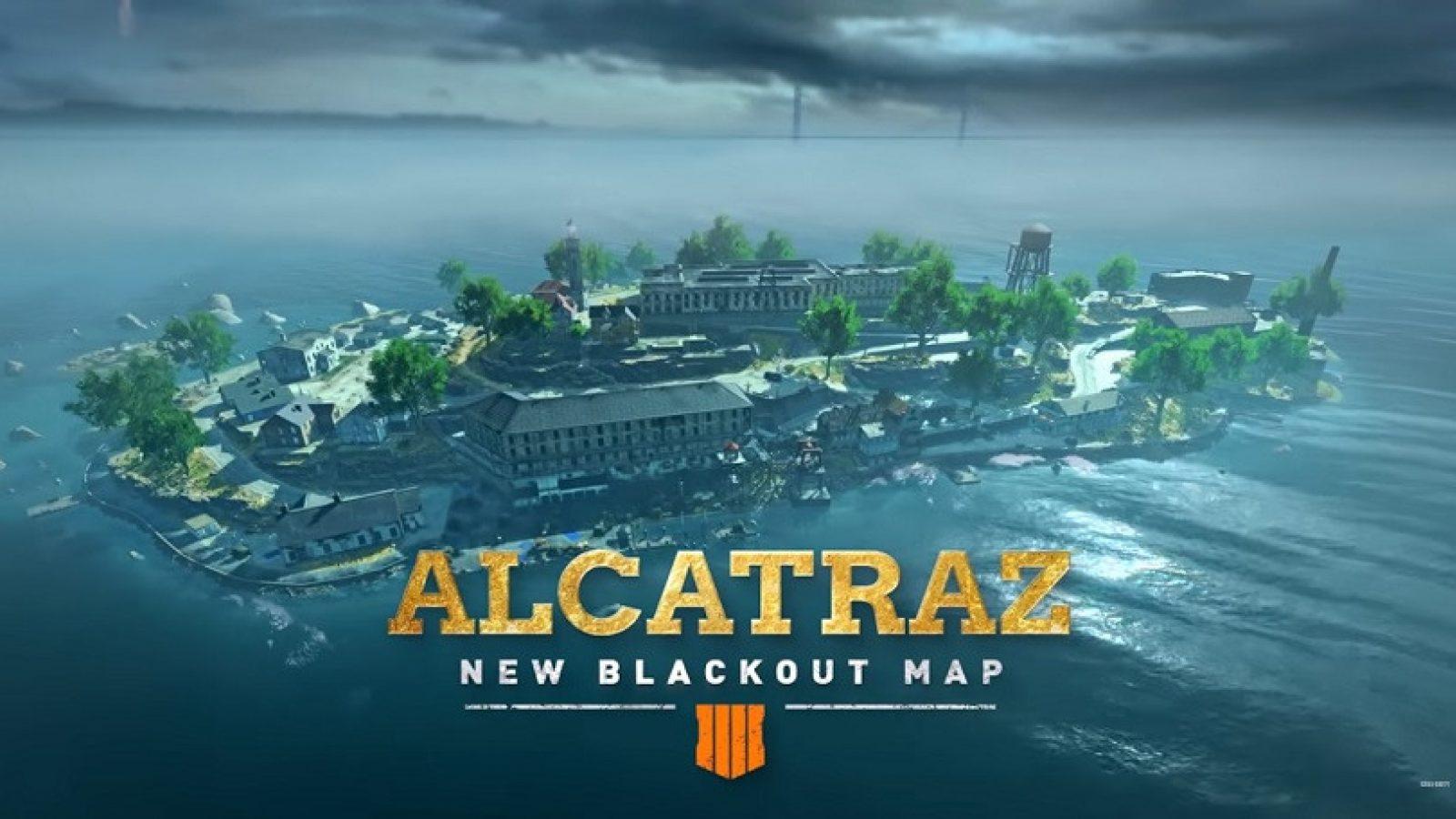 The brand new Alcatraz map in Blackout is available now on the PlayStation 4.
[ad name=”article3″]

The April 2 update made several changes to the World League Hub and how League Play works in Black Ops 4. For one, all League Play Events now span the course of the entire week.

The bonus pool for events is now spread out through the entirety of the event rather than offering daily bonuses with rollovers. In addition, players who intentionally team-kill in League Play matches will now be hit with increased penalties. 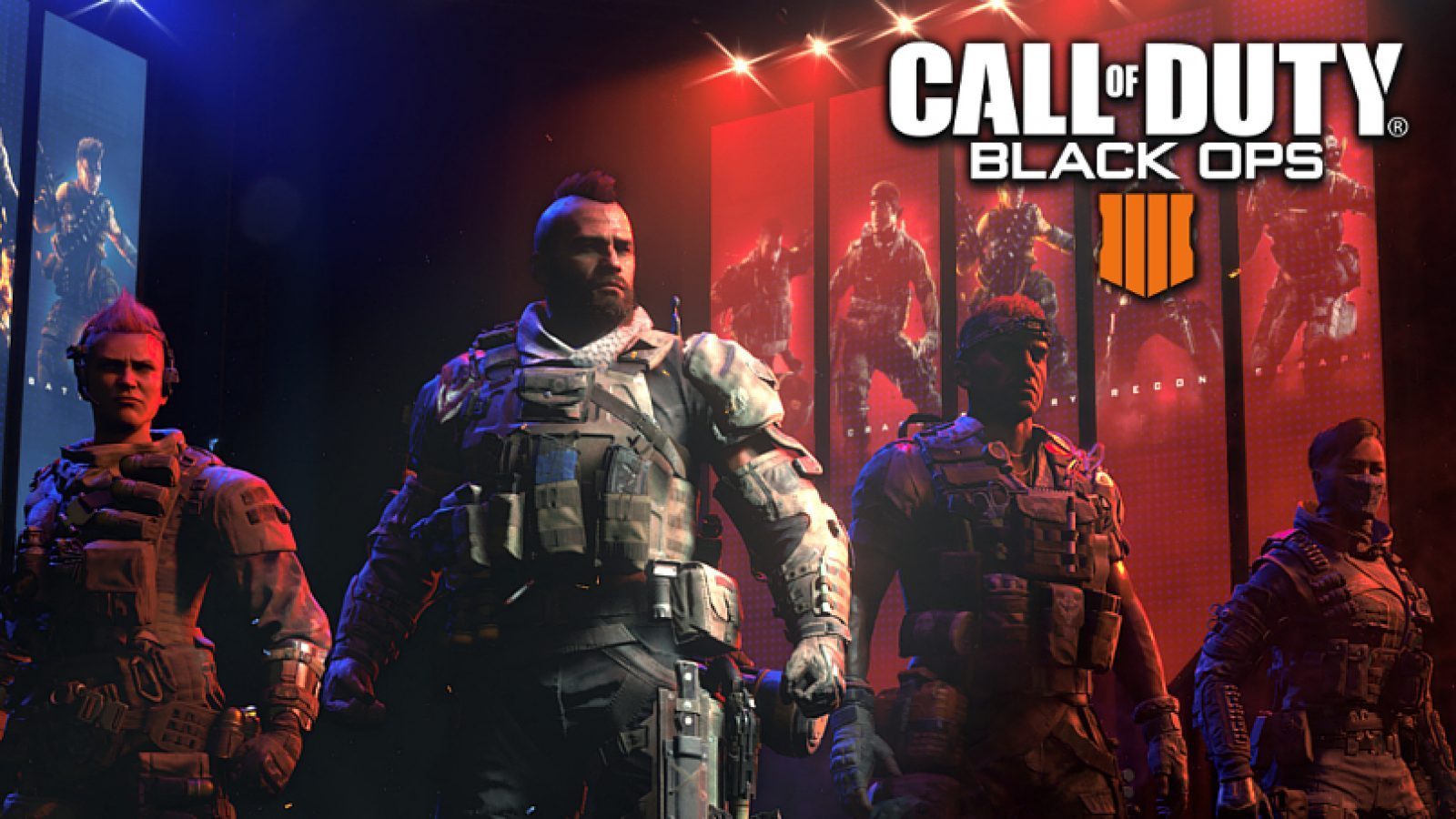 The April 2 Black Ops 4 update made some changes to League Play and the World League Hub.

The massive weapon tuning and balancing adjustments that were implemented with the v1.16 patch on the PS4 and Xbox One have now been released on PC, for both Multiplayer and Blackout.

This tuning saw submachine guns receive boosts across the board, including an increase in the sprint-out speed of the Saug 9mm.

This update also added the new Friendly Fire system to World League matches and Hardcore game modes, which now includes ricochet damage to players who shoot at their own teammates. 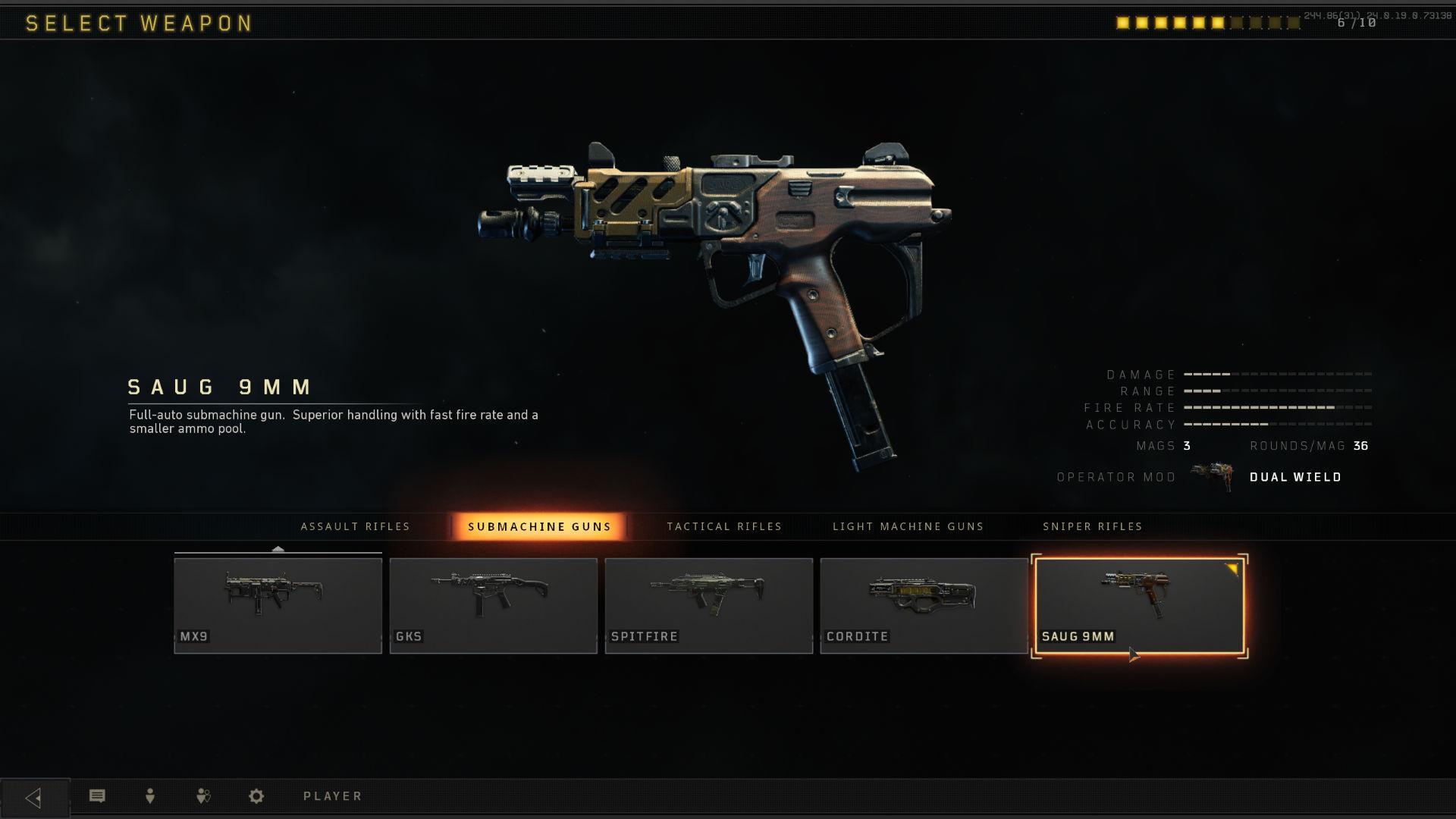 You can find the full patch notes for the April 2 Black Ops 4 update below, as psoted by Treyarch on Reddit.

April is absolutely packed with new Black Ops 4 content for all platforms, and we’re kicking the month off with a bang in every mode. Whether you play MP, Blackout, Zombies, League Play, or everything in-between, it’s a damn good time to jump in. Let’s get into it.

That’s right… Blackout’s got a brand-new map today on PS4, and it’s all-out close-quarters chaos on the prison island of Alcatraz. If you haven’t seen the trailer yet, do yourself a favor.

This is Blackout at its most frenetic, with close-up engagements in an all-new environment filled with deadly surprises around every corner. Ten squads of four drop in through portals above the island to fight for control, with up to five redeployments per player until the final circle… as long as one teammate survives.

A completely new map means new destinations, new strategies, and new ways to dominate the opposition. Snipers can pick off their enemies from two opposing towers and wingsuit over to nearby locations when things get too hot. Barricades, Razor Wire, and EMPs are more important than ever with tight corridors and narrow pathways to cover as the final circle closes in… and you might be interested in what the zombies are guarding in certain areas of the map.

Zombies fans familiar with “Mob of the Dead” and “Blood of the Dead” will want to explore the entirety of Alcatraz, now completely open with all-new areas to discover. You’ll also find plenty of Zombies-themed additions scattered throughout the map, including Wall Buys, jailed zombies sporting “Mob”-style prison uniforms, and a powerful Wonder Weapon new to Blackout lurking within the Mystery Box. Who knows what sorts of secrets are waiting to be uncovered?

Want to jump into Blackout for free? We’ve got you covered with Blackout’s new Free Access period on PS4, Xbox One, and PC today through April 30th! Get the team together, drop in, and loot up in Alcatraz and the main Blackout map all month long.

Barebones continues on PS4 and launch today on Xbox One and PC! Barebones brings an old-school feel to Black Ops 4, featuring 6v6 TDM/Domination playlists with no Specialist Weapons, Special Issue Equipment, Gear, or Operator Mods allowed. Equipment is also single-use and fully charges with each respawn, and we’ve disabled Spawn Select to get you into back into the match faster now that Tac-Deploy is restricted. Barebones has proven extremely popular in its first week, and we’re excited to see what players on all platforms think of this new way to play.

Next up, we’re planning to debut another fan-favorite Party Game: Infected! We’ve been having a blast with internal testing and currently plan to launch Infected during the week of April 9th for PS4 players. After that, we’re rolling out our free new Arsenal Sandstorm map as we prepare for the launch of three more new MP maps with our next Operation later this month. As a reminder, Black Ops Pass holders will receive a total of 12 new MP maps alongside our free alternate weather maps for all players, including Firing Range Night, Seaside Sunset, Contraband Hurricane, and Arsenal Sandstorm, with more to come.

Starting today on all platforms, League Play Events will transition from twice-weekly to single events that span the entirety of the week. This gives players more time to compete in each event and earn their bonuses before the next event starts. Speaking of which, the Bonus Pool has also moved over from the Daily Bonus to a week-long bonus pool. This allows players to earn their bonus points from a single pool during each event at their own pace, rather than trying to earn it all right up until the end of the event.

Next week, we’re planning on rolling out Skill Divisions to reflect every player’s skill level within the World League Rank system. That’s right – the climb to Master Division is almost here. Stay tuned!

The latest chapter of the Chaos story has arrived with “Ancient Evil” in Zombies, now available on all platforms! Fight off new undead terrors and Greek mythical enemies as Scarlett, Diego, Bruno, and Shaw in the underground depths of Delphi. Our team has pulled out all the stops on every little twist and turn awaiting Scarlett and the crew in our latest episode, so please enjoy the new map and its secrets, and let us know what you think. The community’s reaction has been incredible throughout the first week, and we can’t wait to see what else the community can discover.

For the first time in Treyarch Zombies to date, Server Pause is now live on all platforms in Black Ops 4, allowing the host of any online private match to pause the game for all players simultaneously! This is a game-changer for those all-nighters where someone in the party inevitably needs a bathroom break at Round 49. Go forth and slay with full bladders! You’re in a safe place now. Splitscreen Pause is also now live for local splitscreen players on consoles who need to take a breather.

The new Zombshell Perk is also now available on all platforms, which offers a chance for zombies to explode when killed, leaving behind a contamination field that slows enemies and increases damage dealt to them. Five new Elixirs and two new Talismans have arrived in the Laboratory as well, including Suit Up, Dividend Yield, Talkin’ Bout Regeneration, Bullet Boost, Quacknarok, Glowing Phylactery, and Battered Dragon Scale. Check out the patch notes below to see what they can do.

The following updates are live on PS4, with other platforms to follow:

The following updates are now live on consoles, with PC to follow: