Best graphics settings for Modern Warfare on PC, PS4 and Xbox One - Dexerto
Call of Duty

Best graphics settings for Modern Warfare on PC, PS4 and Xbox One

Whether you’re looking for a more immersive experience, or are looking to optimize your settings for better in-game performance, Call of Duty: Modern Warfare boasts a wealth of custom visual settings that can be adjusted to cater for your needs.

Any iteration to the Call of Duty franchise is a guaranteed spectacle marvel, but with more display options than ever before, Modern Warfare takes optimization to another level.

A wide array of options are available to change. From making adjustments to post-processing effects (such as depth of field), to tailoring textures (such as the in-game film grain), Infinity Ward have taken steps to ensure that their game is visually pleasing.

However, as is often the case, some games require a compromise on the aesthetic aspects to allow for smoother performance. So here’s how to optimize the graphics in Modern Warfare to suit your needs. 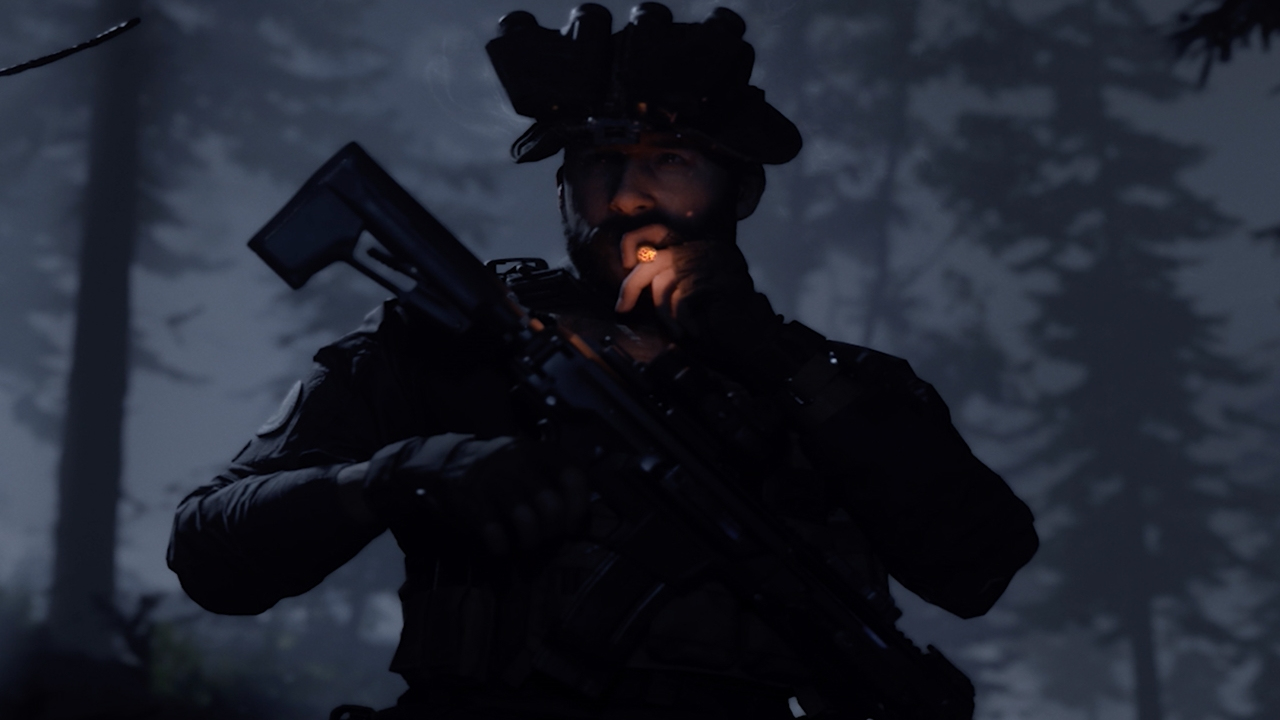 Modern Warfare showcases some of the finest visuals in recent times.

Given the praise that has been directed towards Infinity Ward’s realistic rendition of ongoing warfare through the campaign, players will want to see it for all its worth. Hardware permitting, there is a seemingly endless list of options that players can take advantage of.

Primarily, players will want to maximize the render resolution (in-line with what their monitor is capable of) while enabling V-Sync frame rate capping to prevent screen tearing. Moreover, ensure ‘Details & Textures’ options are set to ‘High’ to guarantee a more realistic output. 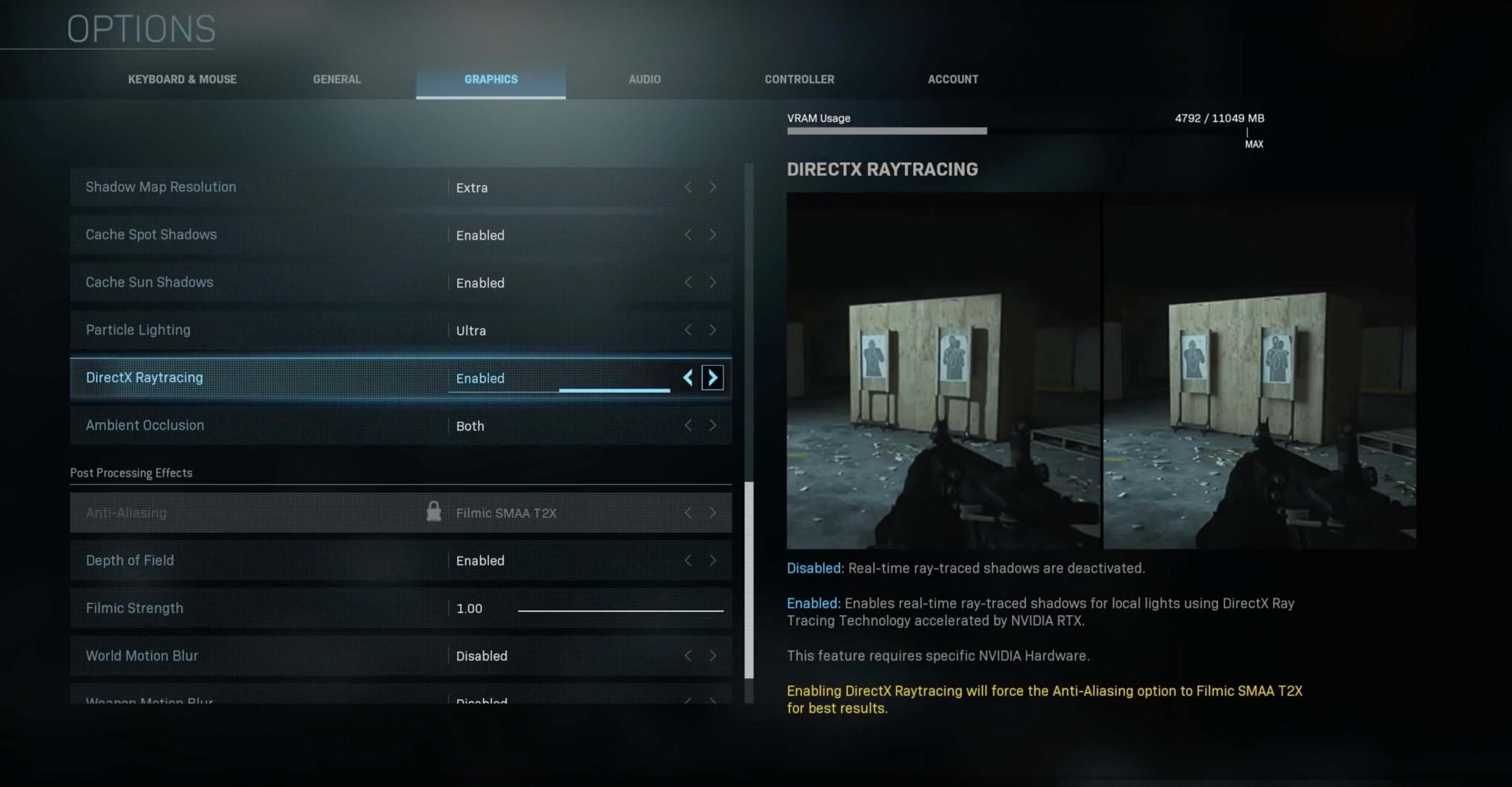 Raytracing can be enabled from the ‘Graphics’ portion of the options menu.

Alongside integrating a series of adjustable options, those looking for a more engaging,  true-to-life experience have the choice to enable ‘DirectX Raytracing’ in conjunction with Nvidia.

YouTuber Drift0r has detailed how to enable the setting, alongside showcasing the real-time effects of shadows appearing more realistic, and thus, more providing a more immersive and lifelike experience — note this setting is only compatible with an RTX–series graphics card.

Since the aforementioned settings aren’t necessarily geared towards multiplayer, here’s how to accommodate for the fast-paced action.

For performance, players will want to maximize their screen refresh rate and frames per second — a feature embedded into the Graphics Options of Modern Warfare.

However, to push this to the maximum, it is likely that you will have to compromise on the aesthetics front, by toggling highlights, shadows and texture–related settings off/lower. Some settings however, like shadows, are still important for gameplay, and so should be kept slightly higher.

Digital Foundry have made a comprehensive video that guides players through the majority of visual settings and the implications of adjusting them.

What about Modern Warfare on PS4 and Xbox?

Although consoles are somewhat limited by their hardware, Infinity Ward has managed to find several loopholes that allow for an element of customization.

One major feature which can be adjusted is ‘Film Grain’. Set to 0.25 by default, reducing the visual noise down to 0.00 will create a smoother rendering of the map in-game. 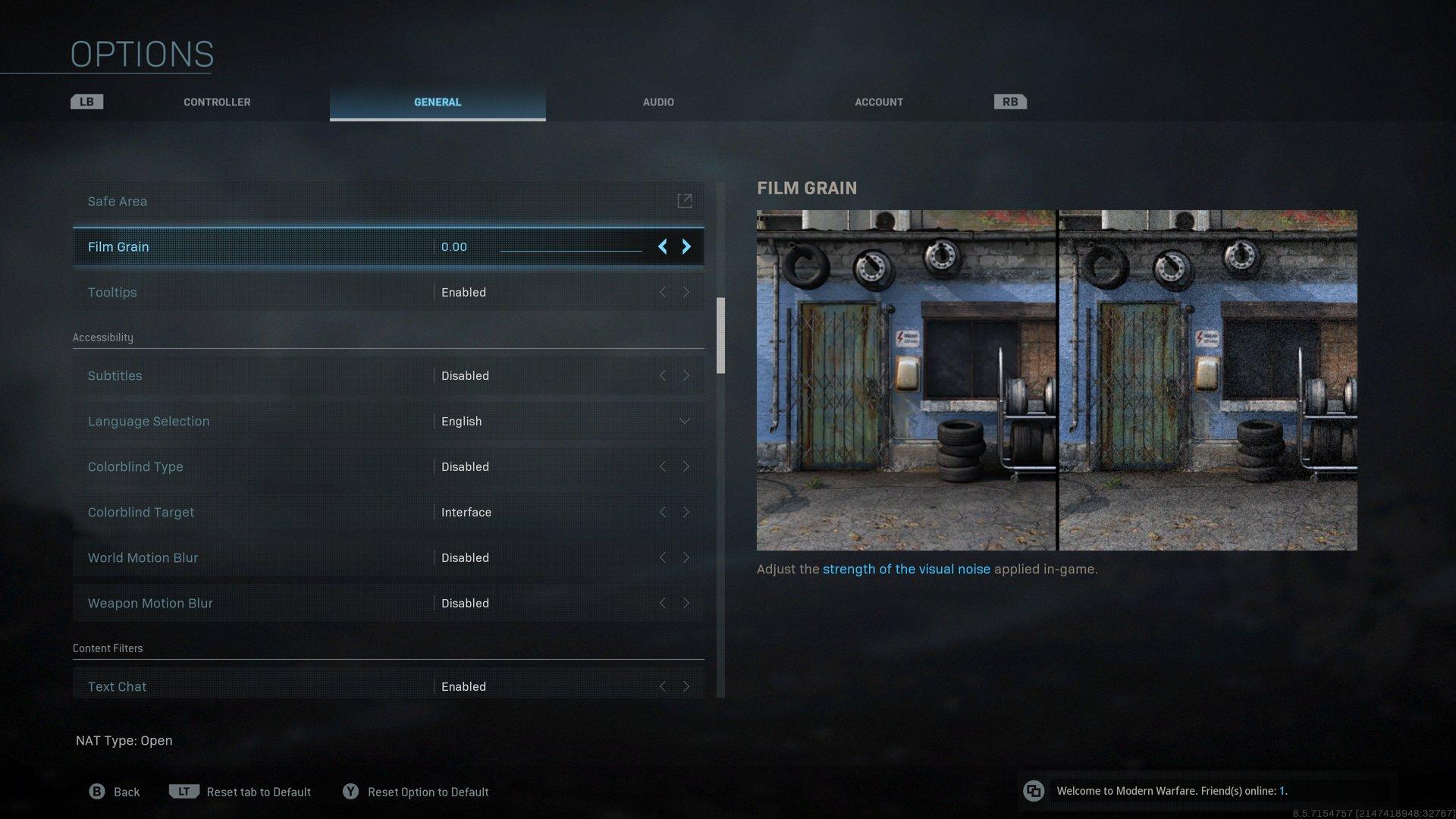 Alongside modifying grain, players can toggle both World Motion Blur and Weapon Motion Blur to change the simulated blur overlaid onto the game that is designed to replicate a similar effect experienced when moving in real-life.

There’s a host of settings that can be changed in Modern Warfare. However, it is recommended that the above is used purely as a guide, and we recommend that you tailor your game’s settings to suit your needs through trial and error.