The audio system for weapons in the upcoming Call of Duty: Modern Warfare title will be much more in-depth and advanced than ever before, according to publishers Activision and developers Infinity Ward.

As the October 25 release date for Modern Warfare draws closer, Activision and IW will be revealing more and more about the highly-anticipated 2019 installment of the Call of Duty franchise.

Their latest announcement was concerning weapon audio, and the lengths the developers went to make sure that the gun sounds in the game are as authentic as possible.

Each weapon has its own “unique voice”

Every weapon in Modern Warfare will have a collection of sounds that are distinct and exclusive to that gun, which includes both the actual firing of the weapon as well as other aspects.

Also, these weapon sounds will exist in a 3D space, meaning that not only will you hear it being fired, but also the shell ejecting from the gun itself.

For Modern Warfare, the sound of each individual shell, travelling in 3D space, as it moves through the air, is also audible, “before it actually impacts on the ground, using a physics system for all of this.” The weapons also have a weighty feel to them. Nestle a weapon stock to your chest, and there’s a familiar kick back: “We made sure you felt something akin to a nice thump to the chest.”

Weapons in Modern Warfare will emit sounds that are unique to that specific gun.
[ad name=”article3″]

Weapon sounds interact with the environment

There was a huge emphasis on ensuring that the sounds guns make change based on the environment of a map. Three new systems were used in MW to capture these environmental effects to weapon audio.

The developers took weapons to various environments and locations and used up to 90 microphones to capture each shot, 20 of which were for the player perspective alone, meaning that sounds will vary based on the point-of-view from which they are being heard from. 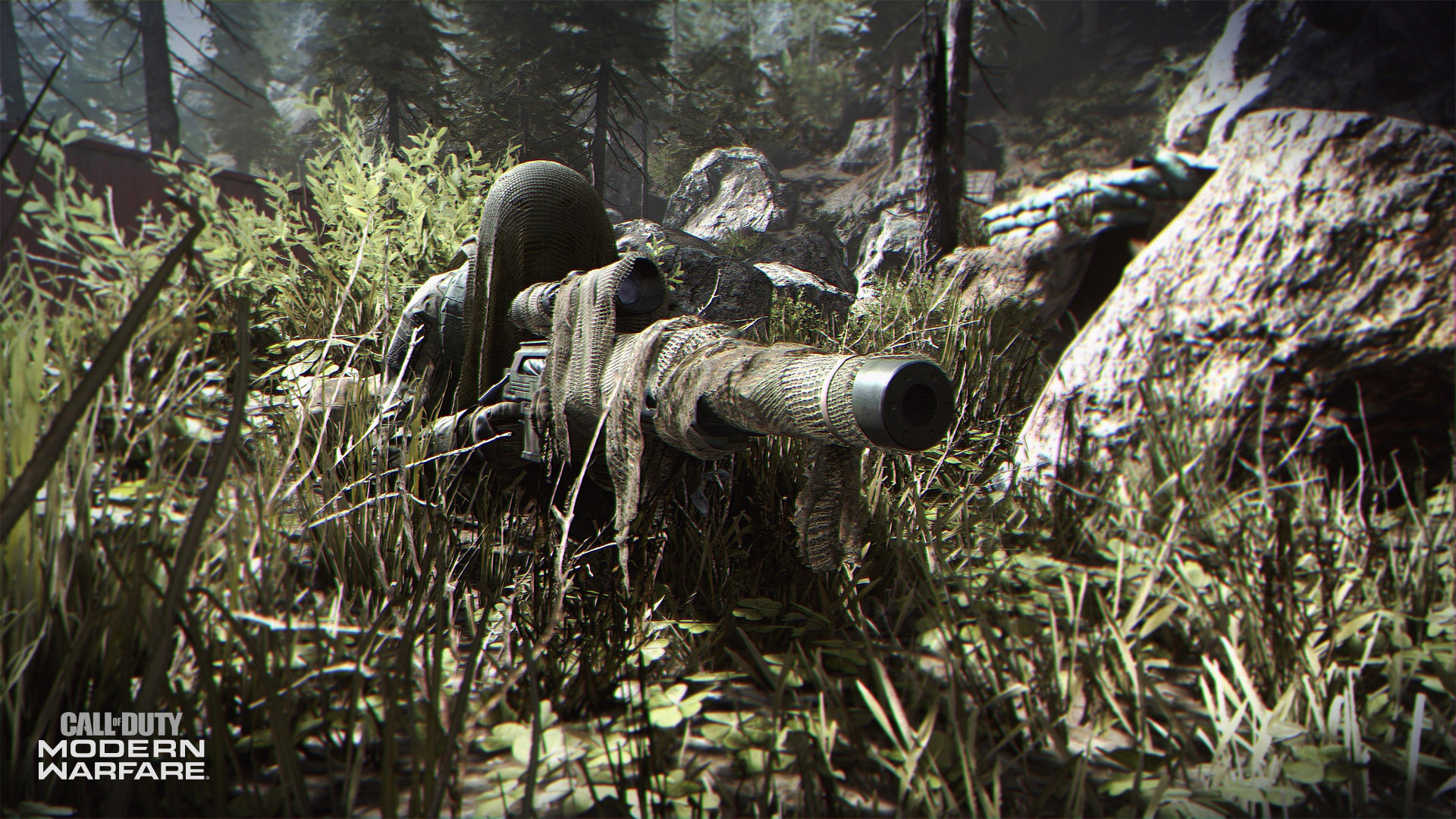 Weapon audio in Modern Warfare will vary depending on the environment that is surrounding the player.
[ad name=”article4″]

The third new audio enhancement system, the weapon reflection system, is what will allow the sounds of weapon fire to differ based on the player’s immediate position on a map.

This means that when a gun is fired, the audio will have an appropriate effect based on whether they’re next to a building, down in front of a car, inside a subway tunnel, etc…

Furthermore, the audio will also adjust based on the amount of space there is surrounding a player. Weapons fired in a wide open expanse will have a big booming effect, while the same weapon will be more muffled and have less echo in more limited spaces.

You can read the full post on Modern Warfare’s weapon audio changes in its entirety below, as provided by Activision in their July 23 blog post:

By now you should have read up on the meticulously-crafted Single Player Campaign narrative, the lengths the art team went to in order to obtain the most incredible graphics ever seen in a Call of Duty® game, checked out the wealth of technical advancements the new game engine allows the developers at Infinity Ward to utilize, and inspected the ways in which weapon animation reaches new levels of fidelity. However, just as important as any ray-traced reflection or weapon magazine reload are the enticing and exceptional sounds you’ll hear in the game.

Stephen Miller, Audio Director at Infinity Ward, heads up the team responsible for everything you’ll hear in the game, and the following interview gives you an overview of how he and the audio team researched and improved the sounds of the weapons you’ll be using. This is important, Stephen says, as “each weapon must have its own unique voice.” Part of the distinctly-different sound every armament possesses is down to its operating system: “Whether it’s a gas piston, direct impingement, or bolt action, all of this brings a different type of voice to a weapon.”

Imagine, if you will, the quick and rapid staccato sound; the familiar burst from an assault rifle. As well as the weapon’s sound, there are other effects the audio team considered, too: “You’re hearing the weapon fire, but you’re also hearing the shell eject from the weapon.” For Modern Warfare, the sound of each individual shell, travelling in 3D space, as it moves through the air, is also audible, “before it actually impacts on the ground, using a physics system for all of this.” The weapons also have a weighty feel to them. Nestle a weapon stock to your chest, and there’s a familiar kick back: “We made sure you felt something akin to a nice thump to the chest.”

90 Microphones in the Desert

Miller’s team went out on a number of field trip recording sessions to ensure audio accuracy too: “We recorded all of our weapons, out in the desert and all kinds of other locations. We used about 90 different microphones to capture each shot.” Groups of microphones provided different audio functionality, too: “That’s for all kinds of perspectives. Twenty of those are for the player perspective alone. Using all of that detail, we were able to capture different perspectives; those from when you’re at the hip, and those when you’re aiming down sight….”

Weapon sounds also interact with the environment. “This is super important to us, Stephen says; “we couldn’t make the game without the sounds being relevant to the place, whether that’s Piccadilly Circus, the desert, the mountains or wherever.” The team employed a number of new systems to add environmental effects to weapon audio: “The first is reverb and slap delay DSP [digital signal processing] system. The second is an atmospheric layer that is contextual and plays along with every weapon shot. The third is a weapon reflection system.” With the audio existing in 3D space, expect variations in sound depending on how and where you’re listening to each weapon fire.

Reverb, Atmosphere, and Reflection: All at the Speed of Sound

Weapon reflection system? Think about the nuances of noise and atmosphere and how it plays with your ears: “Every time you shoot a gun, the sound travels out into the world, and the game knows where the sound will interact with the environments and plays a specific sound at those locations.” All of this is contextual. Whether you’re up next to a building, down in front of a car, or inside a subway tunnel, the reflected sound of each weapon has an appropriate audio effect.

Infinity Ward took this one step further, as Stephen explains: “having sound behave realistically is super-important to us, so as those sounds go out into the environment and bounce back to us, they do so with authenticity and clarity, at the speed of sound, and as close to how you’d hear it occur in reality. There is natural delay and decay to every weapon noise.” The results are exceptional immersive soundscapes: “The sound gives you a big, deep, booming echo in larger expanses of scenery, while the same weapon becomes slightly more muffled, far less reverberating, and with less echo in more confined environments.”

Stephen and the audio engineers also took these aspects and ran with them: “We didn’t want to stop there, so we decided to do the same for all our explosions. These are just some of the pieces of the puzzle that we’ve all been trying to put together reimagining what Modern Warfare is to us, grounding you into our whole new world. And giving you a whole lot of fun.”

Stephen is justly proud of his team’s work: “It must be heard to be believed.”