CWL Anaheim has finally come to an end, with 100 Thieves standing tall over Gen.G in the lightning fast Grand Finals to walk away with the largest chunk of the $325,000 prize pool.

Heading into the weekend, all eyes were on the defending champion 100 Thieves as fans anxiously waited to see whether the house Matthew ‘Nadeshot’ Haag built would be able to become the first team to defend their title during the Black Ops 4 season.

Standing in their way was a Gen.G squad they had already played once during Pool Play and again in the Winners Final. 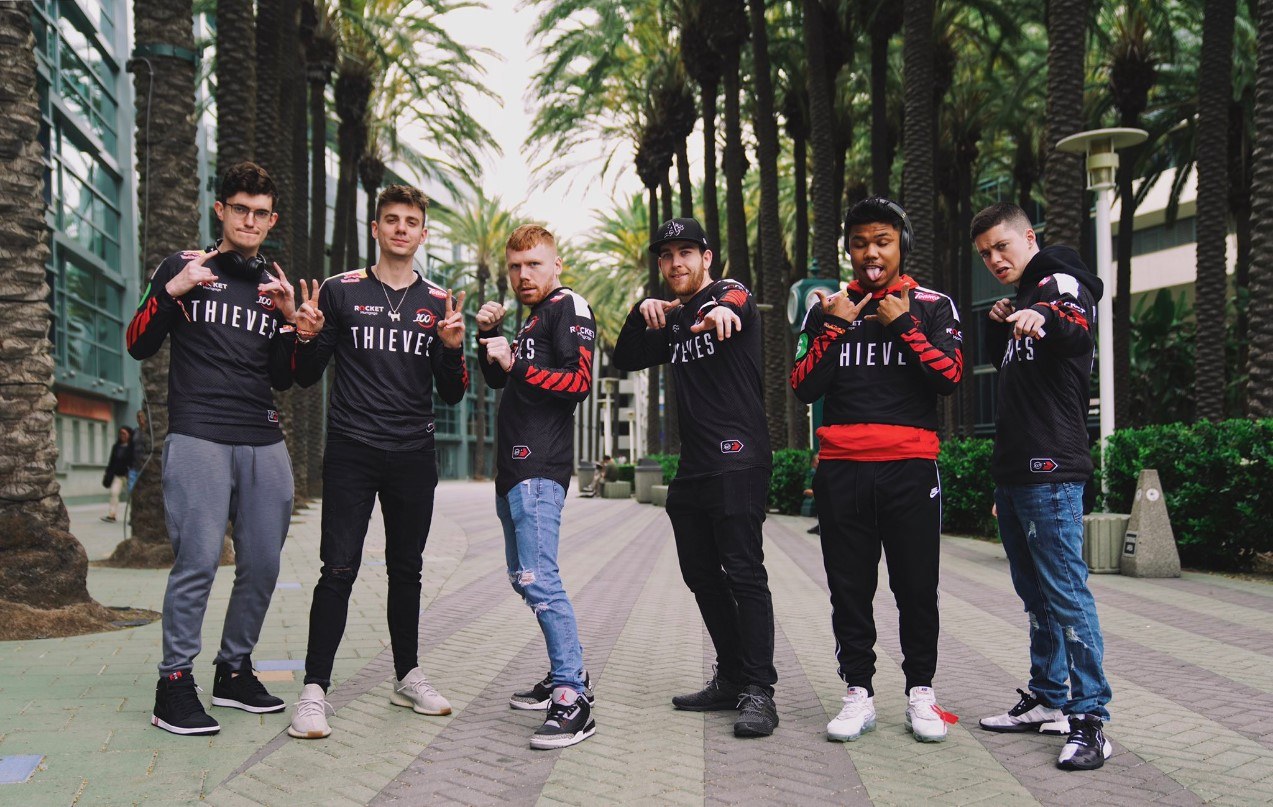 Things got underway on Hacienda Hardpoint where 100 Thieves have been doing major damage all weekend long.

That trend continued in a big way during this opening round as Gen.G was unable to stop the freight train that was 100 Thieves despite their best efforts.

Next up was Arsenal Search & Destroy and while Gen.G managed to get an early lead, 100 Thieves simply wouldn’t be denied every step of the way.

Each player was firing on all cylinders, utilizing everything in their arsenal to storm their way to a 6-3 win that quickly put them on Championship point.

Leading the way was Preston ‘Priestahh’ Greiner who picked up a whopping 11 kills to just six deaths in the lopsided round.

They are on the verge of another championship with the 6-3 S&D win. https://t.co/NKHQSgV6Gh #CWLPS4 pic.twitter.com/rVYfUZjnDl

The action then moved to Frequency Control, with Gen.G fighting for the tournament lives against the seemingly unstoppable force of 100 Thieves.

Despite how strong 100 Thieves looked to open the series, however, it was Gen.G who showed off their dominance in this round, picking up a 3-1 win to keep hope of an upset alive.

Signs of life from @GenG… they win the Control 3-1 to get the series to the second Hardpoint. https://t.co/NKHQSgV6Gh #CWLPS4 pic.twitter.com/XUtOSY7fYe

Sticking with Frequency for the second Hardpoint round, Gen.G was hoping their bread-and-butter would come through once again to force a decisive fifth map.

While they got out on the right foot initially, 100 Thieves just could not be stopped as they stormed their way through the latter half of the round to eventually secure the win and become the first team to defend their title during the Black Ops 4 season.

After an incredible performance all weekend, Austin ‘SlasheR’ Liddicoat wrapped up the coveted MVP to cap off the team’s historic weekend. Once it was all said and done, SlasheR compiled a stellar 1.20 KD in Hardpoint, 1.23 KD in Search & Destroy, and 1.13 KD in Control. 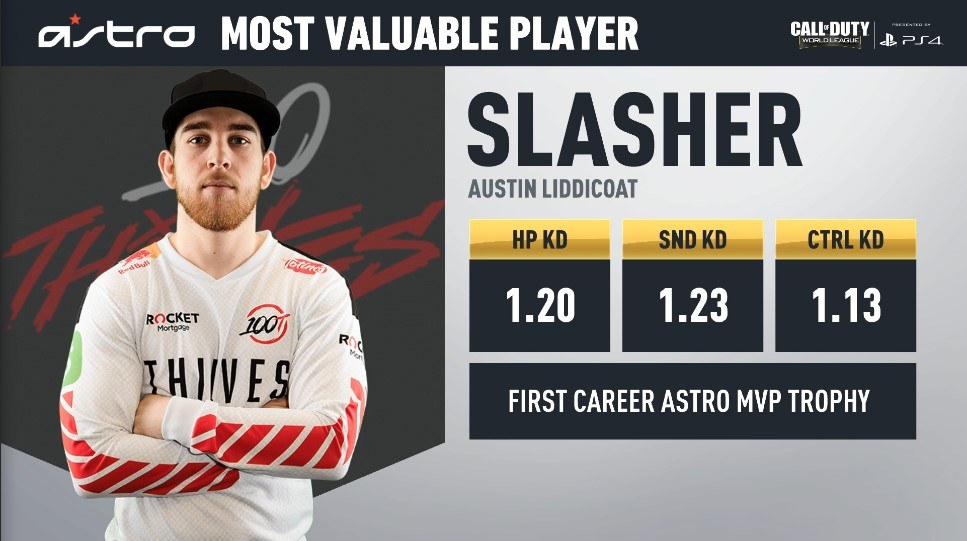 With the CWL Anaheim championship in tow, 100 Thieves will now look ahead to the final two weeks of the CWL Pro League before gearing up for the Playoffs, which kick off on July 19.

Beyond that, Champs returns to Los Angeles on August 16-18 where the top 32 teams in the world will compete for their share of the massive $2,000,000 prize pool.