The Precision Choke Hop-Up can be a powerful attachment in Apex Legends, but apparently there’s a reason why pro players mostly don’t use it.

The purpose of the Precision Choke is that, when equipped to a compatible weapon, it reduces the spread of its projectiles by up to three levels, making the final, fully charged shot very accurate.

It’s currently only compatible with the Triple Take and Peacekeeper, and most players will use it with the latter because a single charged-up blast from the powerful shotgun could fatally cripple an enemy.

However, while the Precision Choke may seem like a good attachment on paper, higher-level players apparently avoid it, and YouTuber QuakeV explained why in one of his recent videos.

The first reason he brought up was DPS, or damage per second, which gets drastically reduced if you spend the time to charge up the Peacekeeper.

“If you actually take the time to charge up the Choke, you have a lot less DPS,” he said. “If you shoot the Peacekeeper at its highest fire rate, you get a lot more DPS than if you were to constantly charge up the PK.” 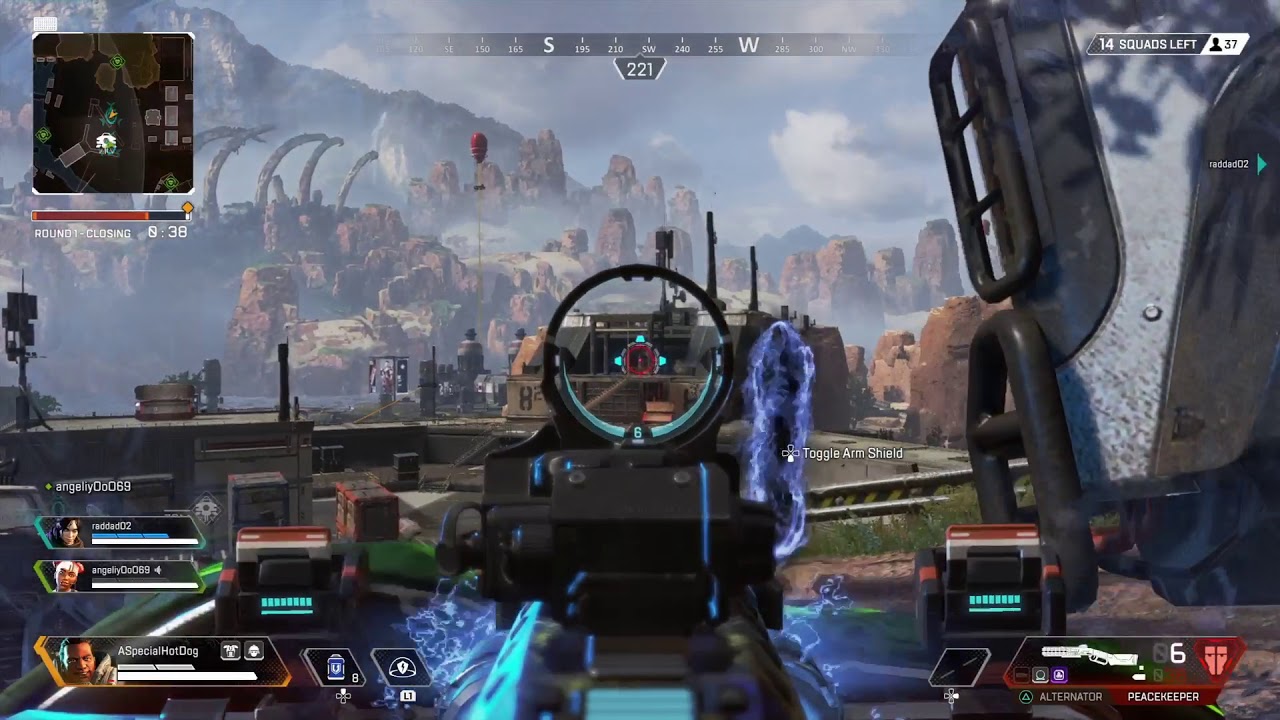 Precision Choke can turn the Peacekeeper into essentially a sniper rifle.

The second reason is reduced mobility; using the Hop-Up makes it difficult and borderline impossible to “jiggle peek,” which is a tactic a lot of top players use to peek around a corner, shoot their shotgun, and quickly get back behind cover.

“It makes it a lot harder to jiggle peek correctly,” QuakeV explained You have to charge up the Choke and peek it, and you can’t jiggle peek it as quick or as well.”

The third and final reason is less accuracy in close-quarters: “When you’re actually close-range fighting, it makes it a lot harder to hit your shots with it.”

It’s fitting that, as he was trying to offer an explanation for why he doesn’t like the Precision Choke, QuakeV was pushed by an enemy team and the ensuing gunfight ended up putting all of his points on full display.

A combination of quick-firing, jiggle-peeking, and sharp accuracy in close-quarters resulted in him winning the battle, a perfect demonstration of what he probably couldn’t have done if he had the Hop-Up equipped.