Apex Legends has only been live for about a month, but fans are already hard at work coming up with awesome skin ideas for their favorite legends.

More than 50 million players just 28 days after release simply means there are over 50 million Apex Legends fans looking for more content for the new hit game.

Respawn Entertainment, publishers of Apex, have put out a one year roadmap for the game, but so far there’s been no explicit mention of any new skins.

That hasn’t stopped fans from coming up with inspiration for new skins, drawing ideas from almost everywhere.

One user on Reddit named Varrith suggested a Bloodhound skin based on the popular anime Desert Punk.

Varrith’s idea would fit Bloodhound pretty well, it even has the legends recognizable conical helmet already in the illustration. 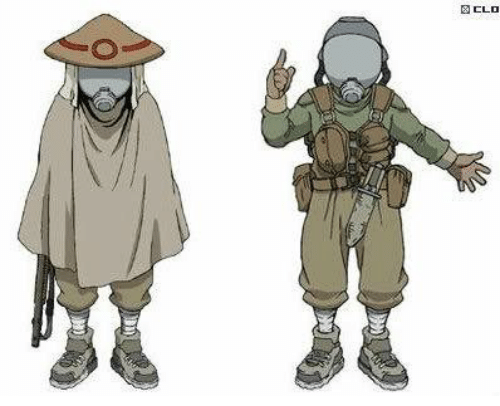 Even though we have no news on new skins yet, games like Apex Legends and Fortnite, usually come out with new skins before too long.

Popular Twitch streamer Michael ‘shroud‘ Grzesiek recently teased a bunch of new content coming to Apex, and assured fans all they would have to do is wait.

Whatever new skins make it into Apex, it’s clear fans are plenty hungry for any and all new content that will be coming to the game.