Streamer obliterates keyboard because of useless teammates in Apex Legends

Players get tilted or rage during Apex Legends all the time, but Twitch streamer Skean took the tilt to a whole new level when he decimated his keyboard after a particularly stressful round.

Video game players have been smashing their keyboards for one reason or another long before Twitch was around, but the streaming service provides a place for these moments to be immortalized.

Skean isn’t the first to take fist to keyboard and he certainly won’t be the last, but he did do what looks like a very good job of breaking it in a very short amount of time following a rough round of Apex Legends, which might be why it’s one of the game’s most popular clips on Twitch right now. 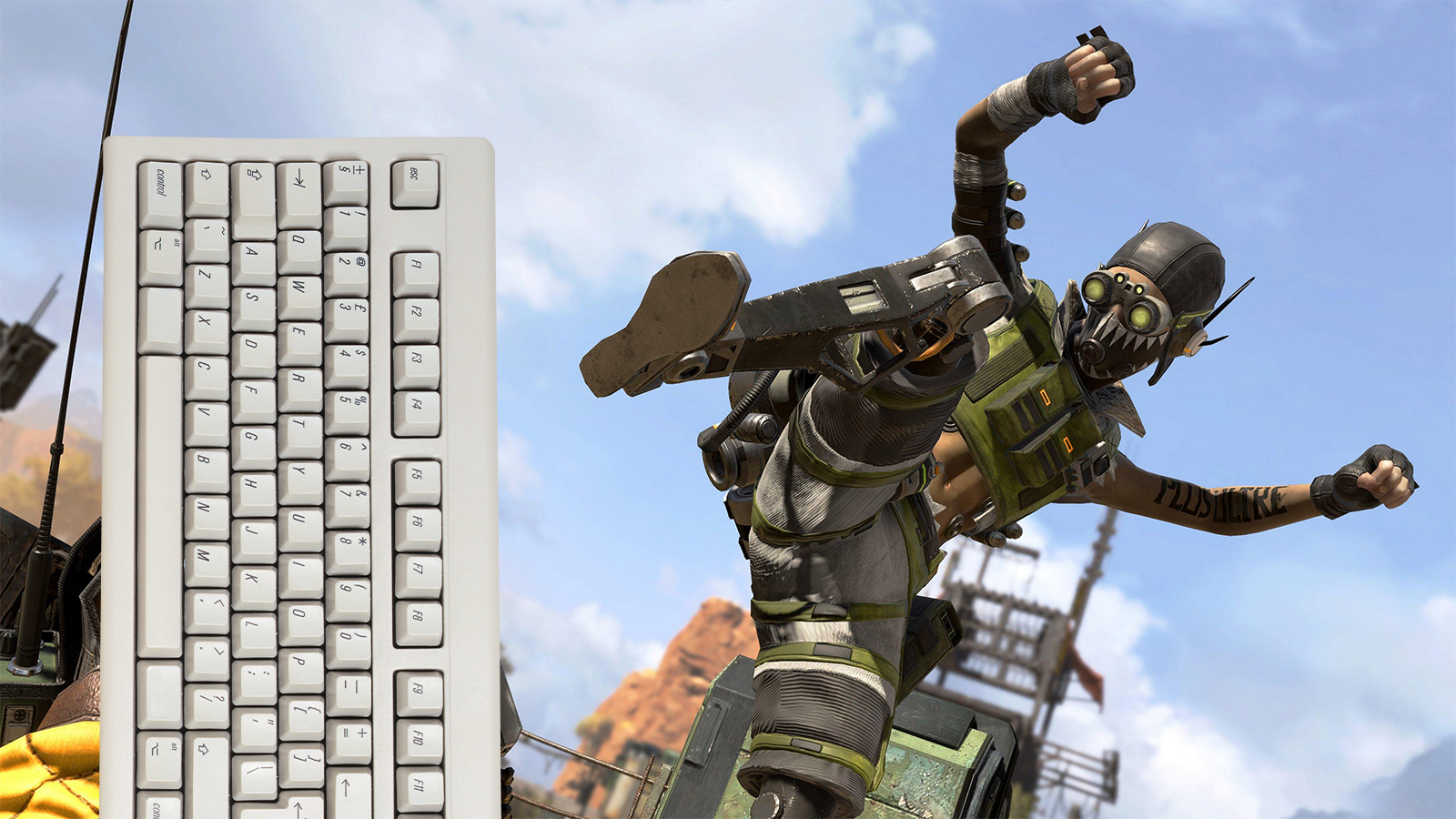 How many keyboards has Apex Legends taken from us too soon? We may never know.

What made Skean perform a keyboard fatality?

The clip begins with Skean telling one of his teammates “you have no idea how to play this game,” right after the streamer had been eliminated.

After taking a moment to compose himself, and possibly channel his inner xQc energy, Skean started off with a solid desk slam before punching his microphone away.

“For fucks sake,” the streamer yelled, right before going after his innocent keyboard with four shots of what we will refer to as the “Hammer Fist” technique and a final slam to top it all off.

After the destruction was over, Skean walked off leaving his keyboard wondering what the hell had just gone down, and Heath Ledger’s Joker staring back at viewers from the wall with a very appropriate smirk.

For his part, Skean seems to be taking it all in stride – “So, I may have done that thing I do sometimes again. You know… that thing involving my fist, and my innocent keyboard?” he wrote on Twitter “Turns out people love this shit more than drdisrespect and shroud.”

At the time of writing Skean’s keyboard destruction is one of the top 10 most popular Apex Legends clips on Twitch, so he might be on to something after all.

So, I may have done that thing I do sometimes again

You know… that thing involving my fist, and my innocent keyboard

Turns out people love this shit more than @drdisrespect and @shroud

Skean may not have come out on top in his Apex Legends match, but thanks to his tilt he was able to give us one great keyboard smash to enjoy – hopefully he has a spare though.