Apex Legends players have been reporting issues with a new bug that is pushing death boxes into spots on the map that prevents them from being able to grab some loot.

While Respawn Entertainment are building up to the launch of Apex Legends season four, players are still dropping into games on World’s Edge and looking to become the Apex champion – at least once, anyway.

However, they’ve been reporting plenty of issues throughout the current season including not being able to get into a game when you’re above level 500, the map not loading at all, and even being stuck in free fall during the start of games. Yet, a new problem has begun rearing its head and it is stopping players from grabbing loot from dead players’ death boxes by moving them from their original positions. 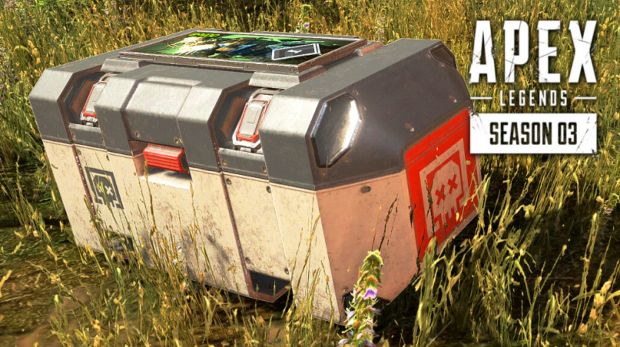 Death boxes can contain some serious loot in Apex Legends.

In a post to the Apex Legends subreddit, user Mozog1g2 showcased a clip from a recent game where their teammate had been eliminated and they looked to restock on equipment using the death box.

However, as the teammate had died on a set of stairs, the box had, somehow, become stuck underneath the stairs and inaccessible to the Redditor.

In a frenzy, Mozog1g2 searched around the spot where the death box was still seemingly located to see if they could still grab some precious items. Though, thanks to the new issue, they were unable to do so.

my teammate got executed on stairs, then his box spawned under the stairs. from apexlegends

Other players who had witnessed the video noted that they’d experienced similar in recent games too. “I was playing a couple of days ago & almost the same thing happened, but he went under the ground,” one commenter said.

Another claimed that they’d even witnessed their own death box flying off into the sky at “faster than running speed.”

With the match happening in the Dummies Big Day limited-time mode, it’s unknown if the bug is linked specifically to that or if it’s something that can affect normal matches too.