Apex Legends’ fourth season is in full swing. With big changes to World’s Edge and Revenant’s blockbuster debut, players are flocking into EA’s servers to sample what Respawn have cooked up.

Assimilation has piqued the interest of shroud, who’s had a turbulent relationship with Apex Legends during its one-year tenure in the battle royale realm.

Shroud was among the first to play Apex Legends.

It seems that 25-year-old falls in and out of love with Respawn’s flagship title on a regular basis. But with Assimilation’s gripping narrative, shroud is trying the game out once again.

Grzesiek has been grinding the Apex Games’ ranked playlist on his Mixer channel during the opening days of Season 4.

This has led to a very simple but shrewd observation from shroud. Sending a Tweet aimed at the official Apex Legends account, he said: “Listen here @PlayApex. Add a reconnect feature. That is all. Thank you.”

listen here @PlayApex ADD A RECONNECT FEATURE. THAT IS ALL. THANK YOU <3.

Respawn already said no to reconnects

Mid-game crashes and disconnects are one of the most prominent issues plaguing Apex Legends players, especially on PC.

Firstly, the developers believe that certain members of the player base would “abuse” the short-term fix.

While in the same breath, Respawn believes that the effort implored into a feature such as this would be “better spent focused on fixing stability issues so that the feature isn’t necessary” in the first place. 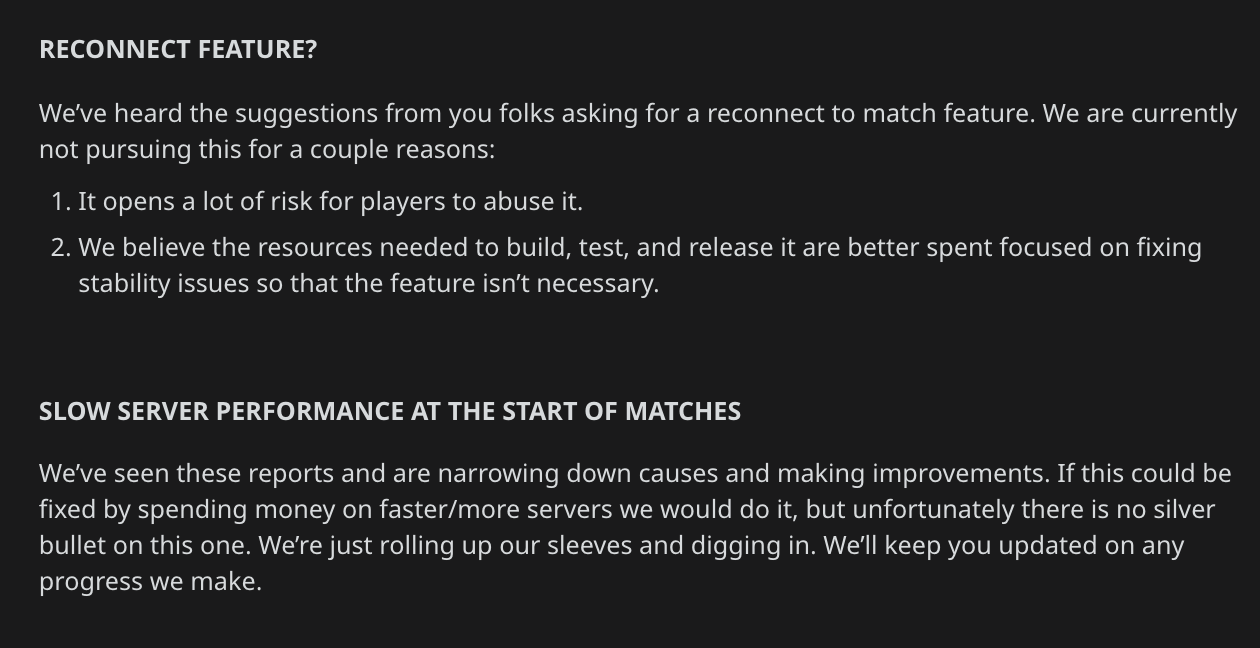 Yes, shroud’s case is strong — especially when you consider that stability issues still plague the game, some 11 months on from the aforementioned Reddit post.

However, a reconnect feature has a plethora of implications. For example, when you reconnect, do you spawn with the same health/loot as when you disconnected? Until Respawn can crack the code, it is unlikely that shroud’s wish will come true.