A lot of Apex Legends players are not happy about an apparent change to Lifeline’s Heal Drone that was not disclosed in the Season 5: Fortune’s Favor update patch notes.

The launch of Season 5 brought a lot of new content and changes to Apex Legends, including a flurry of nerfs and buffs to several of the game’s characters.

When it comes to Lifeline, there were two adjustments made – her bin ratio was increased to 20% while Knockdown Shields were removed from the loot pool of the Secret Compartments, which could only be searched through by the Combat Medic.

However, it appears that there was a third tweak made, one that Respawn had stayed quiet about. Prior to the update, players were able to move around her ‘Drone of Compassion’ healing bot around by bumping into it.

Now, if you try to do the same following the patch, you simply phase and pass through it without making contact, while the drone remains stationary in place.

why would you nerf this?… i just wanna be able to take my boy with me again from apexlegends

It didn’t take long for players to discover this seemingly secret nerf and for it to go rival on the Apex Legends Reddit page. The comments section is full of dozens of users expressing their resentment towards the change.

Turns out, being able to push the Heal Drone around, while not one of Lifeline’s hallmark abilities, was, in fact, something people enjoyed. It certain situations, it gave them the opportunity to hide the device from enemy view, giving themselves and teammates more time to heal up.

“Wow, I’m actually really surprised that got nerfed,” wrote user ‘MrTully23.’ “It’s not like we could run with the drone. At best, you’re pushing that thing a few meters around a corner or something. Disappointing, now Lifeline’s Passive is the only reason to play her.” 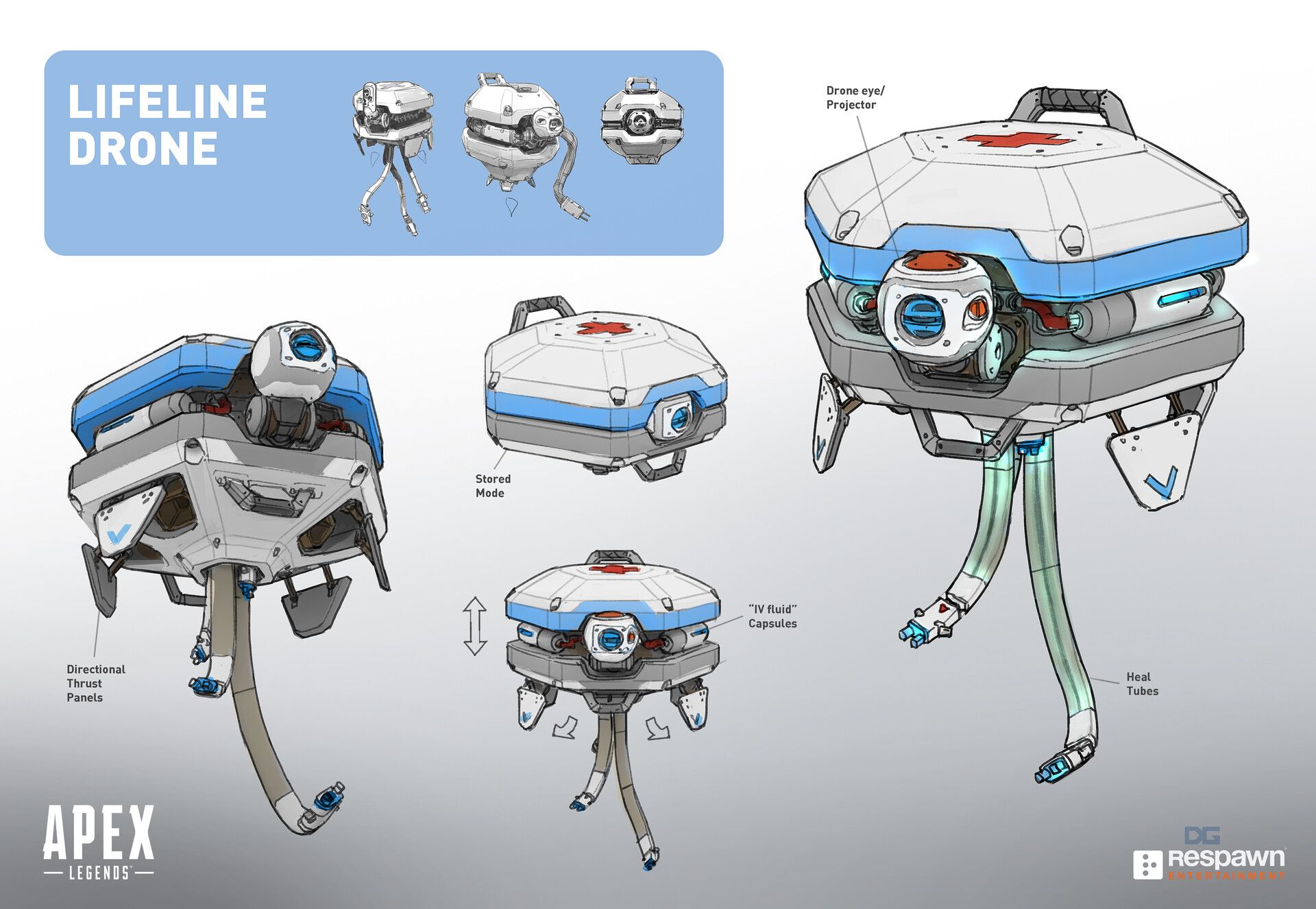 What’s likely adding to players’ deflated reactions is the fact that many were already upset by the changes made to her in the Old Ways Lore event update. Despite the buffs in that patch, many felt that the nerf to the Low Profile Passive ability, which Lifeline possesses, did more damage than good.

A lot of people expected the Combat Medic to get seriously buffed in Season 5; instead, the changes were not only minimal but apparently negative, now that this secret nerf has surfaced.

Of course, there’s always a chance that this change to the Heal Drone is just a glitch and not a planned nerf to the Legend. Since it’s not in the patch notes, we won’t be able to know for sure until Respawn comment on it.

Furthermore, seeing as how so many users, it wouldn’t be unthinkable for the devs to revert the healing robot back to its pre-Season 5 functionality, which would probably make a lot of fans happy and more willing to use Lifeline.