Dragons, canonically known as Flyers in the Titanfall universe, were first teased by Respawn Entertainment during their EA Play 2019 presentation. Now the company has hinted at a possible upcoming Apex Legends event featuring the fiery reptiles.

Apex Legends players have been waiting for more information with bated breath ever since the Flyers were teased during E3. Respawn keep dropping hints, but haven’t solidly confirmed any kind of events featuring the dragons.

That could be set to change though, as players recently spotted Flyers soaring around above King’s Canyon, though they are timid creatures, and fly away as soon as they’re interacted with. And now, Respawn has teased them again, but this time with a tweet. 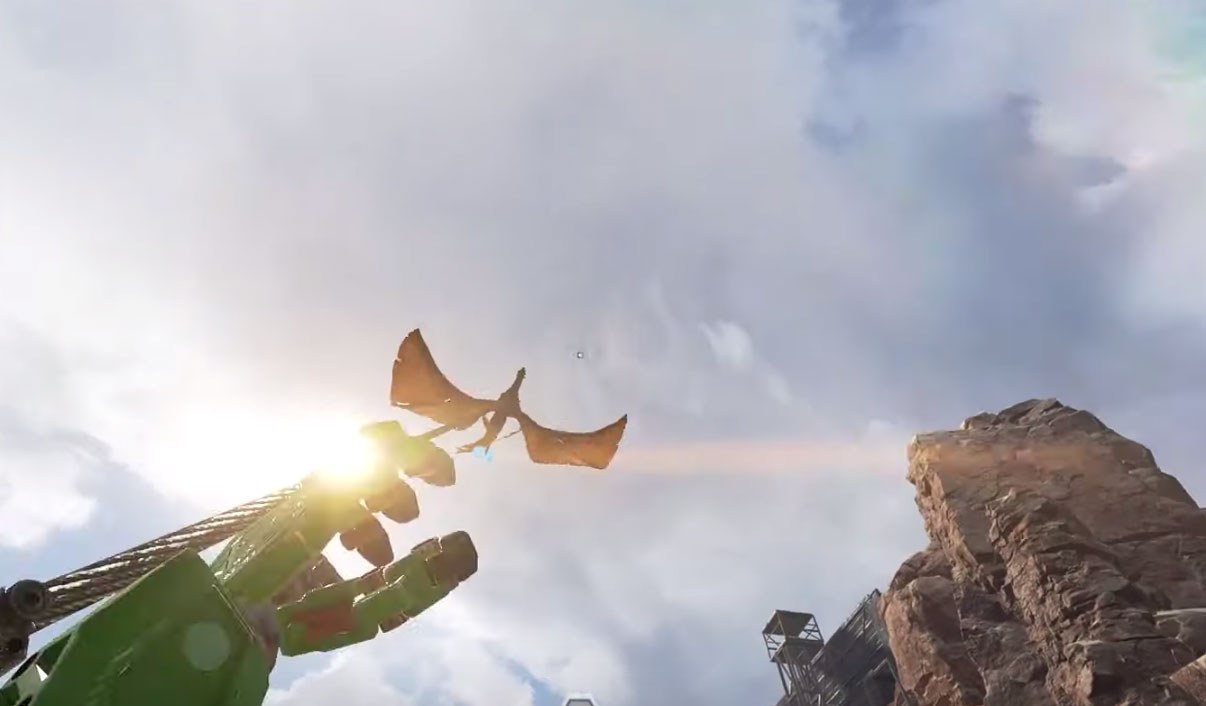 In the gif, a screen is shown with a warning sign, before its display changes to the text “SYSTEM MALFUNCTION.”

The King’s Canyon map is then displayed, alongside a 3D render of a Flyer, and five red dots on the map that indicate that’s where the flying reptiles have been spotted.

A system malfunction means that the dragons are breaking the system, and implies that it could be some sort of invasion, leading to an upcoming event. Interesting…

Flyers aren’t the only new visitors

The Leviathans seen in the ocean surrounding King’s Canyon have also been inching their way closer and closer to land as of late, implying that the Flyers might not be the only newcomers.

Respawn hinted that the creatures might not be as friendly as they appear in an Instagram post on June 12. In the post, a message titled “L001 > DATA LOG AZ71P” is shown on a computer screen, with “L001” seemingly pointing to one of the Leviathans.

A post-it note is stuck to the top-right corner of the screen, and reads “What’s wrong with Rosie?”, which could be referring to one of the beasts.

With both the dragons and the dinosaurs moving into the map, could we see a Flyer vs Leviathan fight? Only time will tell.