Respawn reveals that two of Apex Legends’ characters are LGBTQ

Respawn Entertainment has announced that two of the characters in Apex Legends are LGBTQ, promoting a sense of diversity in the popular battle royale game.

Apex Legends is still a very new game and it would be difficult to measure the size of its online community so far, having released on February 2 – but many people view this is as a move in the right direction, as far as gaming is concerned.

While the sexuality of one of the Legends was already published online, Apex Legend’s community manager Jay Frechette has revealed that another is, in fact, non-binary.

Bloodhound, one of the Legends in the game, “is non-binary, or at least not specified in terms of gender,” according to Frechette, who revealed the news to Rock, Paper, Shotgun.

The other LGBTQ character is Gibraltar. The powerful character, who uses a shielded fortress in the game, was confirmed as gay – or bisexual – in his official bio page, which can be found below.

“He only began to understand the value of protecting others when he and his boyfriend stole his father’s motorcycle, took it on a joyride, and got trapped by a deadly mudslide.” 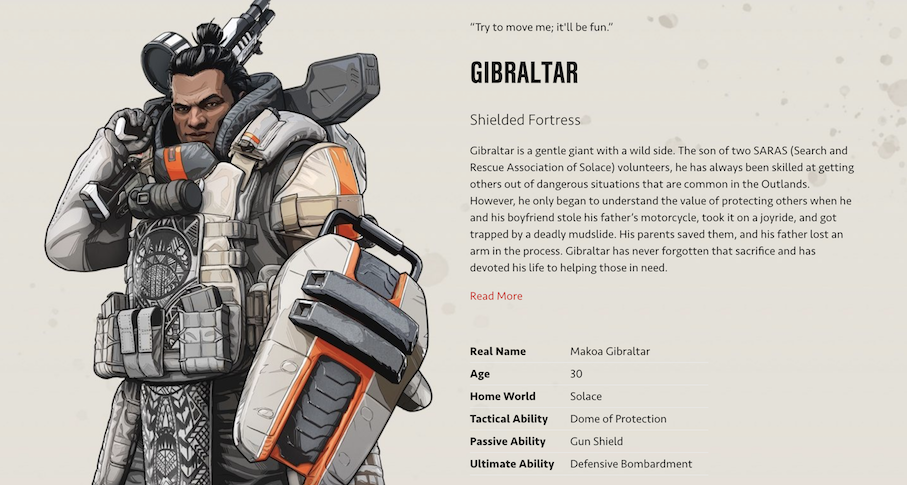 Blizzard Entertainment made a similar move in January, by posting a brand new Overwatch short story which confirmed that one of its characters – Soldier: 76 – is gay.

While the move might have come as a surprise for some fans, generally speaking, it was met with an overly positive response from the community – but did confuse others. 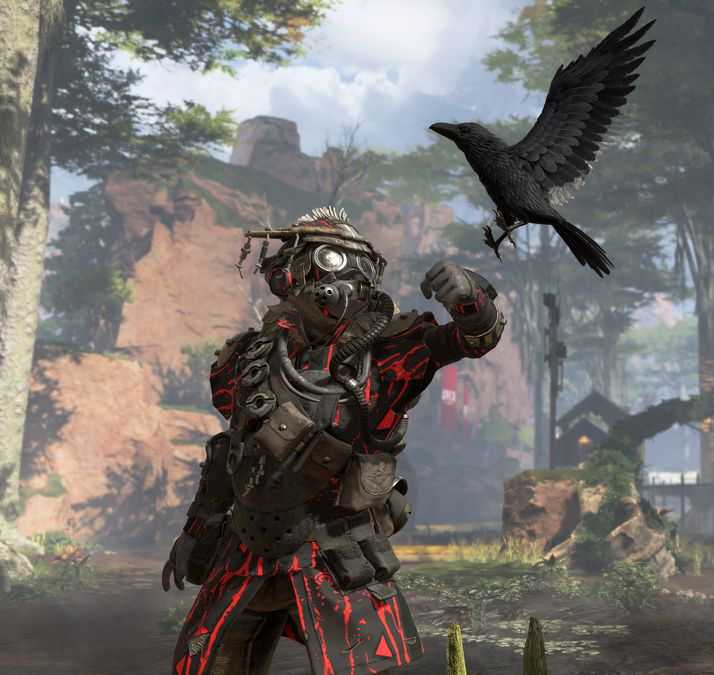 Bloodhound was at the forefront of Apex Legends’ promotional launch material.
[ad name=”article4″]

Former Overwatch pro player Félix ‘xQc’ Lengyel, for example, had a more levelled response. He argued that important parts of a character’s identities should be revealed with the release of the game, as opposed to around two years later.

Respawn, however, have made this announcement within a week of Apex Legends being released. Whether or not that will resonate more with fans remains to be seen.