Apex Legends players have discovered a powerful and hilarious trick using Octane to give Gibraltar some advanced movement capabilities.

Gibraltar is known as one of the weaker Legends in Apex, and part of the reason for that is his large hitbox in combination with a complete lack of additional mobility options, which generally make him one of the easiest targets in the game.

With a little help from Octane, however, it turns out he can actually become one of the most mobile characters in the game.

Octane’s ultimate ability, which deploys a single jump pad, isn’t one of the strongest in the game – it can be used to traverse buildings quickly or to throw off enemies with additional mobility in a fight, but its applications are ultimately fairly limited. 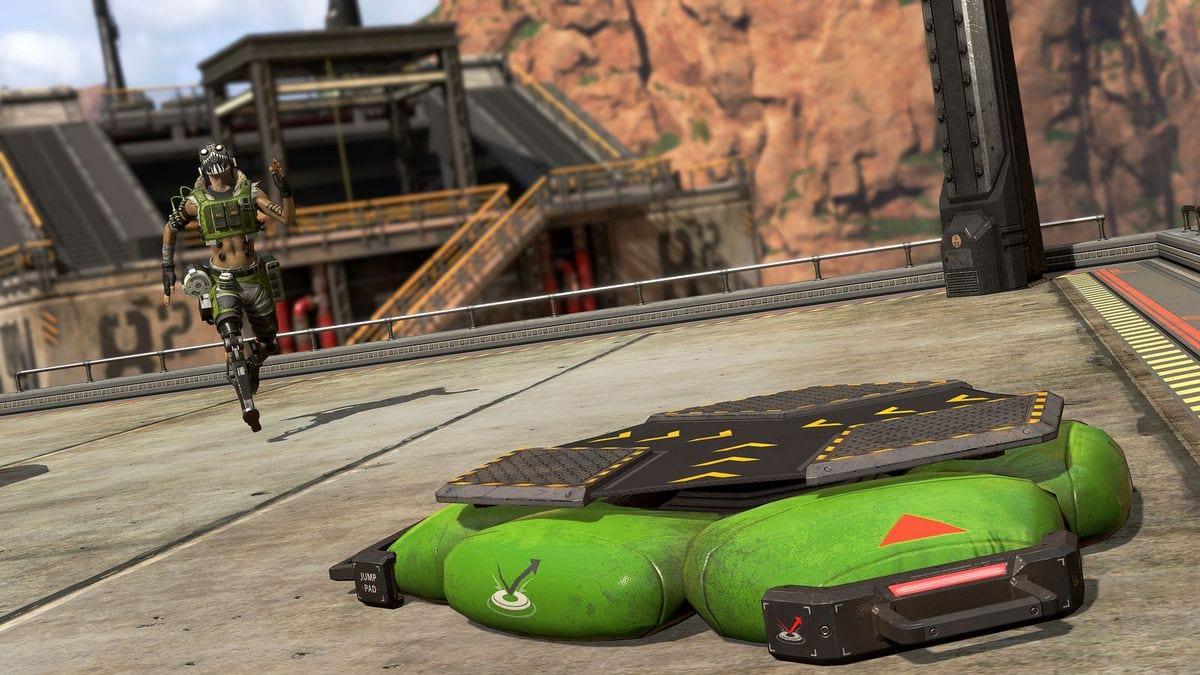 Octane is the first Legend to join the game since its release.

In addition to its relatively fast charge time, then, it’s no great sacrifice to spend it transferring some of Octane’s movement skills to Gibraltar, especially when the result is so epic.

It turns out that if Gibraltar holds up his shield, then Octane’s Jump Pad can be deployed onto it. At this point, Gibraltar can use it to continuously launch himself by aiming it at the ground.

In order to make use of this trick, Gibraltar must keep his shield up by aiming down sights throughout, as dropping the shield will cause the jump pad to disappear. It also won’t remain indefinitely, but can certainly be both useful for covering distances and extremely fun while it lasts.

This isn’t the only way this bizarre interaction can be used, however. The ability to place deployable objects on Gibraltar’s shield was previously discovered by players stacking towers of Caustic’s gas traps on it. Unfortunately, Apex developers Respawn are already aware of this tactic, and so it’s worth making the most of both before they’re likely patched out.

The Apex developers have been fairly tough on movement tricks they consider bugs, already announcing their intention to “fix” the bunny-hopping trick which many players feel actually raises the game’s skill ceiling and should therefore remain, so it seems unlikely that Respawn will grant clemency to something as ridiculous as this Octane and Gibraltar combo.