Developers Respawn Entertainment have revealed a brand new map for Apex Legends called World’s Edge ahead of the launch of Season 3: Meltdown.

With Season 3 set to launch on October 1 in Apex Legends, Respawn gave their player-base something else to also be very excited about – a brand new map.

World’s Edge is located on a different planet called Talos, where, according to the official description, is where “molten heat and chemical ice collide.”

The map was introduced in the latest Season 3 launch trailer, which features a cast of Legends, including Crypto – the newest character that will make his debut in Meltdown.

In the trailer, included below, the Legends are shown being “whisked from” the familiar terrain of King’s Canyon on a Dropship, and taken to an icy location, where a battle between them ensues.

At first glance, that description actually makes perfect sense, as the map is shown to have both a snowy terrain full of ice-capped hills and mountains, and what appears to be an active volcano that is likely to play some role in how the map works.

Located in the middle is some sort of facility or plant that looks to have once been used to refine or produce a chemical, but an apparent explosion that is now frozen in place has the whole thing looking quite incredible. 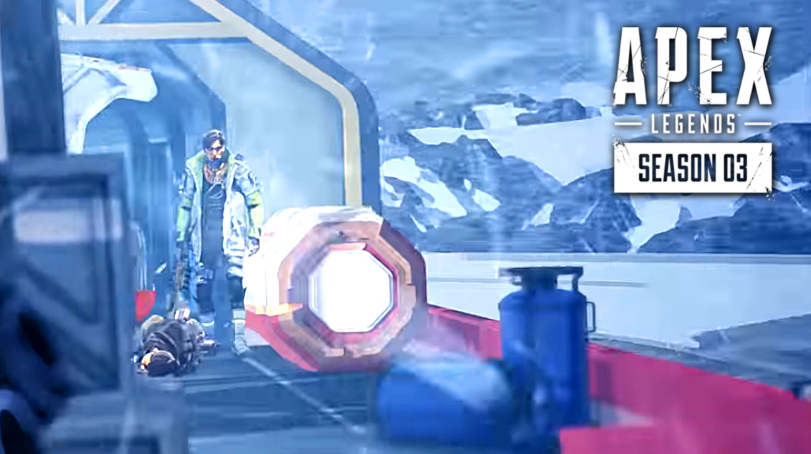 In addition to introducing the new map, this launch trailer also displays several other things that will be novelties in the game once Season 3 kicks off.

For one, Crypto can be seen in a way that he’s never been shown before, including a glimpse at what could be some of his Abilities.

Also, the brand new Charge Rifle weapon is also given a glimpse of, and it certainly fits its description of being an “obliterating directed-energy weapon.”

The new Charge Rifle looks like a force to be reckoned with!

Of course, while the prospect of a new map in Apex Legends is certainly a hypnotizing one, the fact that Respawn are releasing one shouldn’t really come as a surprise to anyone, as the developers had been strongly hinting at it for quite a while now.

A plethora of clues had been dropped in the days leading up to this announcement, including an early glimpse of the snowy terrain, and even revealing when they would make the news public ahead of time.

Players will be able to enjoy World’s Edge, and everything else Season 3: Meltdown has to offer, come October 1. For full details on the new season, make sure to visit our Meltdown info hub.