A recent Apex Legends leaks offered the first look at some of the future Legends that may be joining the game soon, and now there are much clearer images of each one made available.

Reddit user ‘FrozenFroh’ has taken the time to upscale and edit the leaked datamined game files containing images and information about upcoming Legends.

Here is the high resolution image, along the user’s own speculation as to how these Legends may work once added. 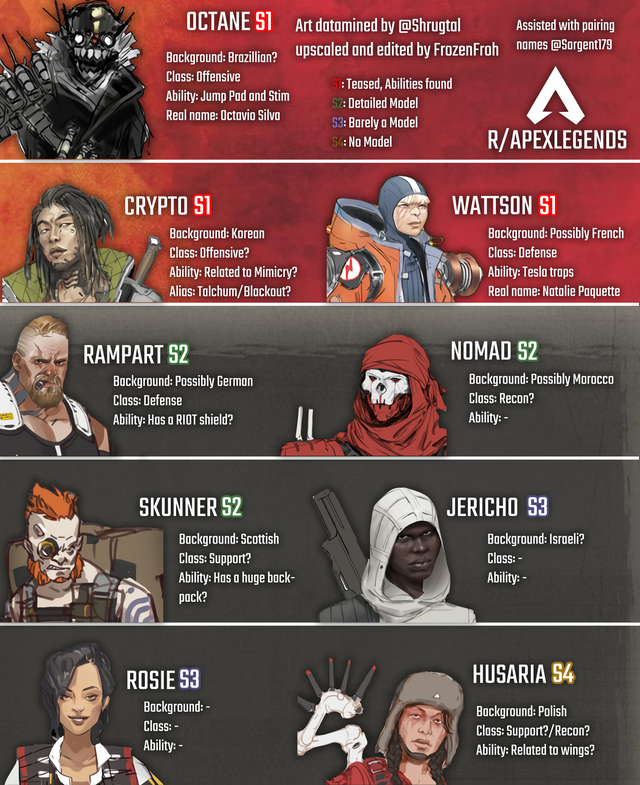 High resolution image of the 10 leaked Legends that may be added soon in Apex Legends.
[ad name=”article2″]

Apex Legends fans might finally be able to put faces to the names of future Legends that were leaked in February after a list of player cards was discovered including eight new names alongside the Legends currently in the game.

Of those, only two – Octane and Wattson – had any further details revealed until a recent leak showed the first images of five additional Legends. Now, however, a clearer look at all of the unreleased Legends – a total of 10, including the ones already known about – is available thanks to leaker @Shrugtal. 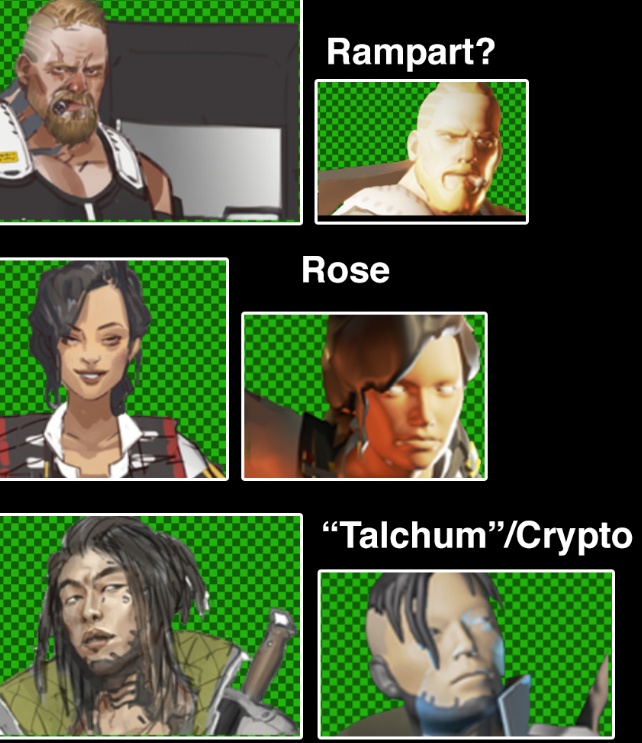 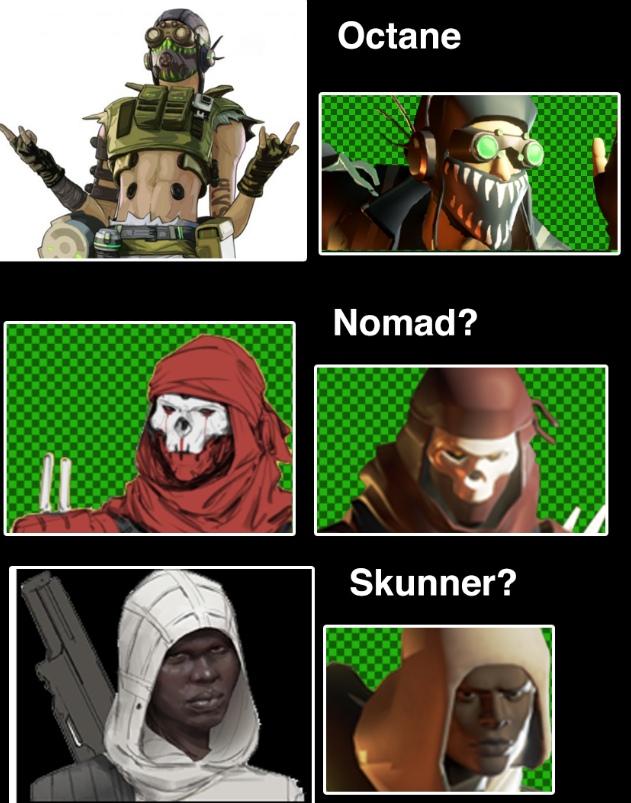 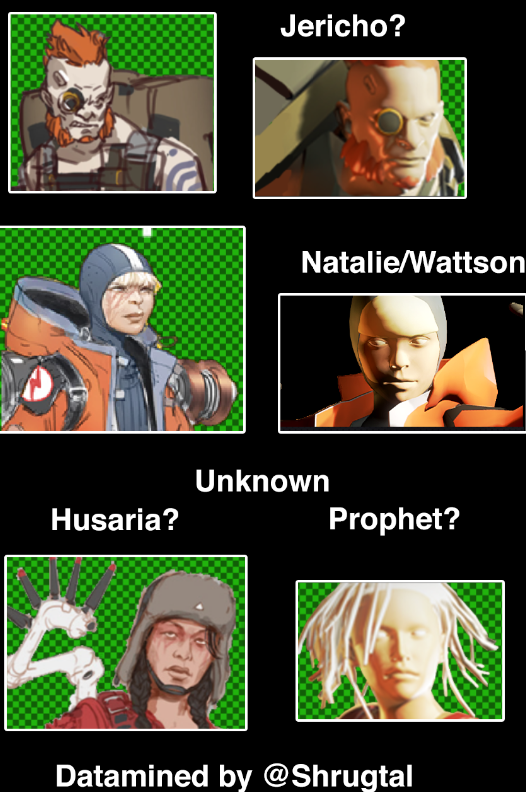 Sargent179 also created a concept of the Legend select screen using these leaked images to offer a look at how they could appear in-game.

The roster of Apex Legends characters is set to grow significantly.
[ad name=”article4″]

It’s currently unclear what the release schedule might look like for new Legends in Apex. Respawn Entertainment have confirmed that each Season – of which there will be four in 2019 – will include new Legends, but how many may release in each remains unknown.

With how much information has been leaked about Octane compared to the other Legends, it seems likely that he will feature in Season One, which is expected to kick off on March 12 – although again, Respawn have yet to officially confirm this.

With so many Legends apparently already in development, however, it seems increasingly possible that each Season could introduce two or even three new Legends. Behind Octane, Wattson appears closest to a potential release, with details such as abilities also leaked.

As with all leaks, it’s possible that the information could be inaccurate, or that Respawn could change direction between now and the actual releases. With Season One expected to kick off on March 12, however, it’s likely that fans will soon have a much clearer picture of what new content to expect over the next three months at least.