Legendary loot in Apex Legends can often make or break a player’s game, but could some of the rare items be better?

Apex Legends has gold or ‘legendary’ loot that players can gather across King’s Canyon, providing a unique special ability for each piece.

However, not all of the rare loot gets the same praise, with many feeling that both the Gold body shield and knockdown shield are in need of some adjustments to be worthy of their “legendary” status. 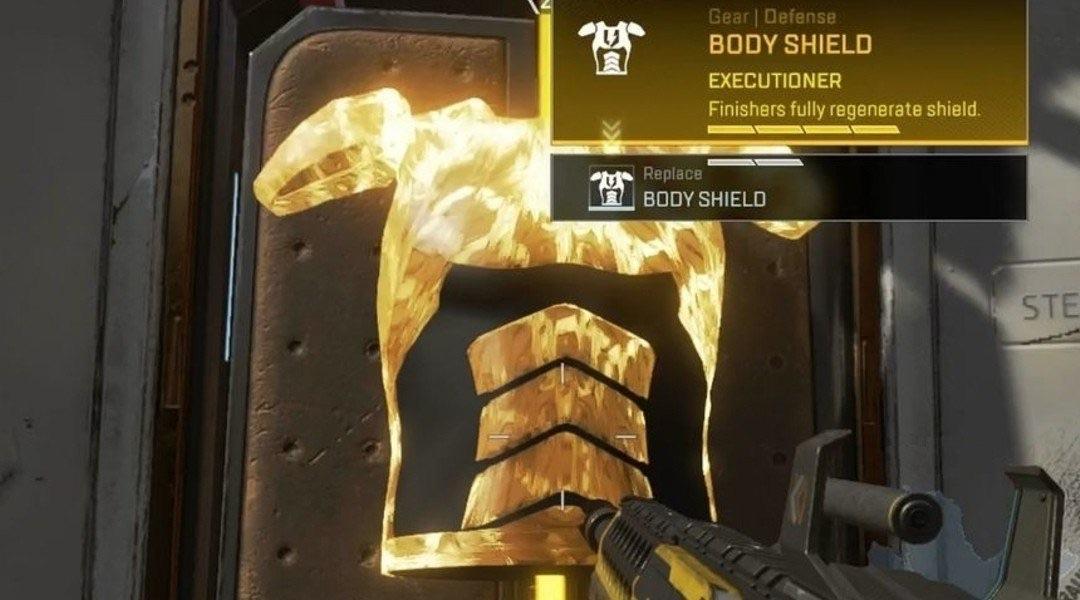 Many fans of Apex Legends feel that the Body Shield needs a buff.

Reddit user FrozenFroh came up with some alternative ideas to make the highly situational knockdown shield and body shield much more viable for those who manage to get their hands on them.

After praising the Legendary helmet and the backpack for “game-changing” these rare items can be, he explained that the body shield and knockdown shield barely get their current abilities used.

The current knockdown shield allows players to self revive themselves after 10 seconds, however, with how open many areas of Kings Canyon are players often find themselves dying before getting the chance to complete the revive.

Similarly, the Body shield’s unique ability can often be impractical in-game, as it requires players to spend seven seconds in executing a downed player in order to get their shields back to full.

FrozenFroh suggested ideas such as a mid-revive shield or a faster revive that could be added to the Knockdown shield’s ability, to make it as powerful as some of the other items in the legendary bracket.

For the body shield armor, he suggested that players who successfully pull off a squad wipe should have their shields fully regenerated rather than having to execute a downed player. 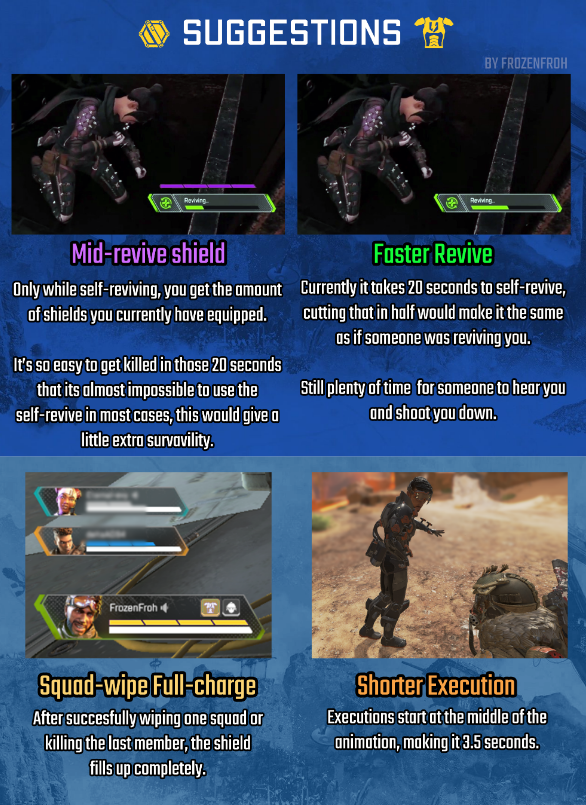 Another idea he shared for the legendary body shield was to make execution times shorter for those with the golden armor equipped, making it much more practical for players to perform their finishers.

However, Respawn have been unwilling to switch up their legendary items, despite the fact many fans feel as if a change is needed to reflect the items’ rarity.