Now that Respawn Entertainment have released the official launch trailer for Season 3 of Apex Legends, it’s time to take a closer look at the details.

Season 3 of Apex Legends, called Meltdown, is slated to kick off on October 1, introducing a brand new Legends, weapon, Battle Pass and more.

On September 27, Respawn gave players something else to look forward to as well – a brand new map called World’s Edge, located on a different planet than the one that King’s Canyon inhabits.

The map was introduced in a launch trailer for the new season, which predictably included some key details, cameo appearances, and clues about what players should expect.

That said, here are five things we learned from the latest video about what’s to come in the world of Apex Legends.

Environment will play a role in World’s Edge

Judging by the scenes shown of the new map, it appears likely that the terrain and environmental factors will have an effect on how the game will be played.

The snowy blizzards billowing from the white-capped mountains, the fiery embers sparking out of the active volcano, the unmissable chemical plant frozen during an explosion, and all of the other terrains all figure to be involved.

We saw some of that on King’s Canyon as well, especially during Season 2, with the Flyers and giant Leviathan creatures that were added to the map.

The new Apex Legends map, World’s Edge, in all its glory.
[ad name=”article4″]

It’s pretty much old news now that the next Legends will be Crypto, but the three Abilities that he will have in-game remain largely unconfirmed speculation.

However, the video gave a first true glimpse at some of his powers, such as what appeared to be the surveillance drones Respawn had already mentioned previously, as well as hand-held weapons that could be used for fighting. 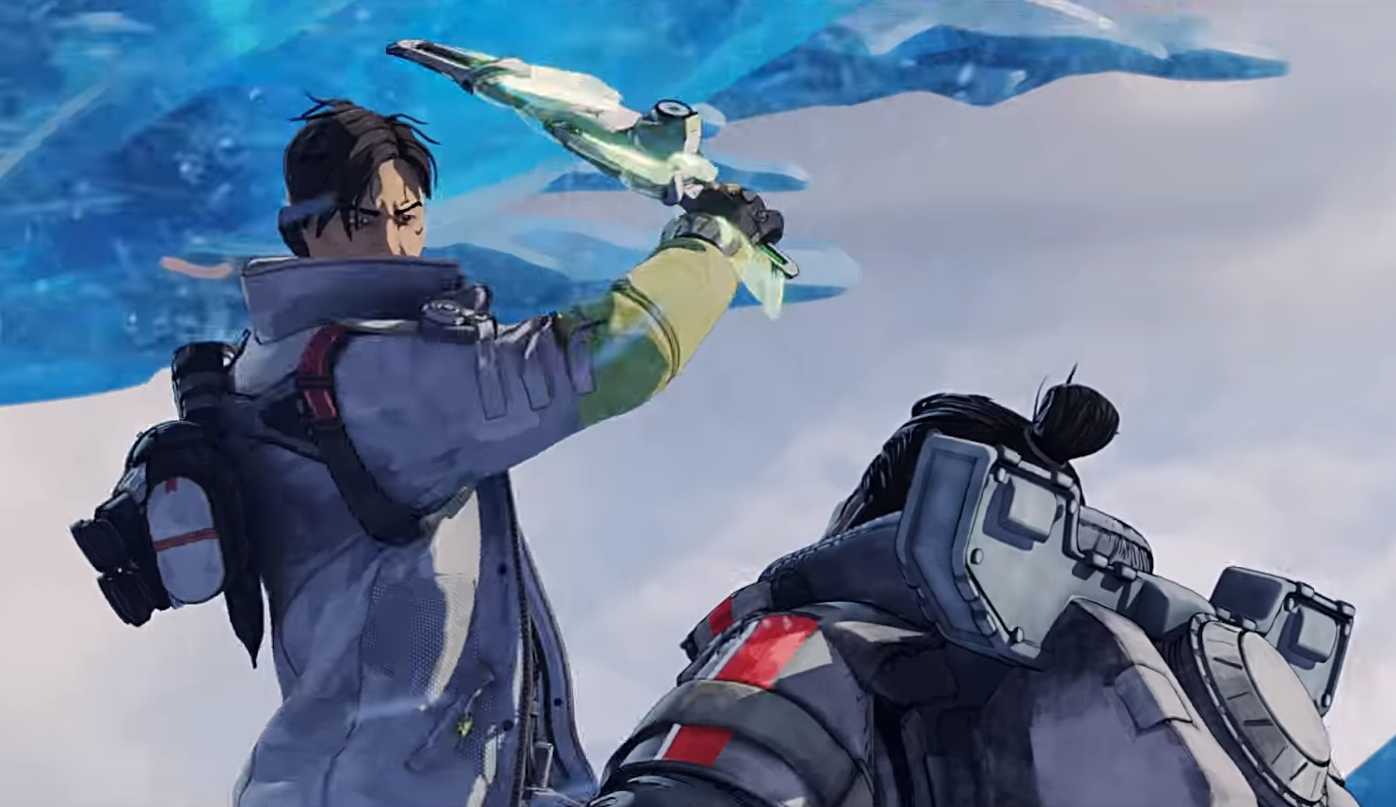 Crypto could be a fun Legend to use in Season 3.
[ad name=”article4″]

Respawn have already confirmed that the new weapon in Season 3 will be the Charged Rifle, which an “obliterating directed-energy weapon” according to the official description given.

The weapon made a brief appearance in the trailer when Crypto pulled it out to take down Caustic, and it certainly looks like it has the potential to do a lot of damage.

The brand new Charged Rifle weapon may end up being a very powerful option during Season 3.
[ad name=”article5″]

The final sequences of the trailer were spent on a cargo train travelling around the map at a very high speed, which looks to be a good way for players to be able to access opposite areas of the map without having to spend the whole time running.

Those who may think that the vehicle was only part of the video’s cinematic should pay close attention to the image of the map above, which clearly contains some sort of railing circling the outside edge of the map.

The train could end up being a great way to travel around the new map in Apex Legends.

Geyser – a new way to get airborne

Speaking of transportation, appears that there will be a new way to get airborne and traverse long distances on World’s Edge – geysers.

During a brief sequence shown in the trailer, Octane can be seen jumping onto a large stream of water vapor coming out of the ground using it to propel himself into the air, yelling “Hydro Power!”

While the addition of such a feature would likely be well received by most players, the questions remains as to whether the geysers would ultimately replace the Jump Towers that were ever-present on King’s Canyon.

Geysers are a brand new addition in Season 3 of Apex Legends.

Players will be able to use Crypto’s abilities, fire the Charged Rifle, explore World’s Edge and more when Season 3: Meltdown releases on October 1 for the PlayStation 4, Xbox One, and PC.