Nothing is more hyped in Apex Legends than the start of a new season, and with the game’s fifth one just around the corner, developers Respawn have finally fed fans with some long-awaited details.

As usual, Fortune’s Edge will introduce a new Legend, Battle Pass, Ranked Series, and more – information about all of which can be found below.

When does Apex Legends Season 5 release?

Respawn have announced that Season 5 will kick off on Tuesday, May 12, 2020. It had initially been scheduled for release on May 7, but devs ended up pushing it back a week to accommodate for the Battle Armor Event to give players a chance to finish some last-minute things in Season 4.

At long last, after weeks of leaks, speculation, and rumors, Loba has finally been confirmed as the new Legend for Season 5. Her reveal trailer above, ‘Legacy of a Thief,’ provided a glimpse of her long journey from a young orphan to a professional thief. Now, she’s back to get revenge on Revenant, who killed her parents when she was a girl.

While we don’t know what her abilities will officially be, leaks suggest that they will follow the character’s themes of thievery and stealth, which should add a nice twist to the Apex Games. 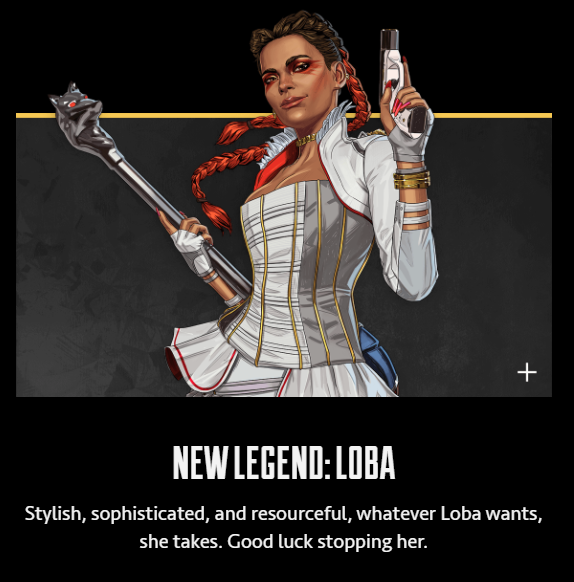 Loba will be the new character in Apex Legends Season 5.

That’s not all; immediately after the announcement, Respawn have already added the new character in the game. While she’s not playable just yet, players can spot her sneaking around the banners behind the main menu.

With this new chapter, developers will also be introducing Season Quests, a new way for players to earn rewards: “Hunt for treasure and answers in the new Season Quest. Those who complete the journey will be richly rewarded.”

It’s not clear yet how these Quests will work, and what objectives they will require, but the feeling is that they will be long-form challenges that players will have to work towards all season long. Ranked Series 4 will be the fourth running of Apex Legends’ competitive playlist, as players will have over two months to try and achieve the highest rank they can get.

The schedule will be similar to Series 3, as there will once again be a Series Split halfway through the season that will shift the main competitive map from World’s Edge to Kings Canyon.

Other than that, not too many more changes are on the way, although Respawn have tinkered with how Loss Forgiveness works and will also be adding a highly-requested Reconnect feature that will allow players to get back into matches they were disconnected from.

Speaking of Series 3, in this announcement, the devs also gave a first look at the rewards that will be offered to players to participated in Ranked during Season 4.

As always, there will also be a new Battle Pass with over 100 items, including Legendary Skins, Apex Packs, and other exclusive cosmetic items.

Respawn also teased “new Battle Pass content making a Season 5 debut,” so fans will want to keep an eye on what the devs have up their sleeve. 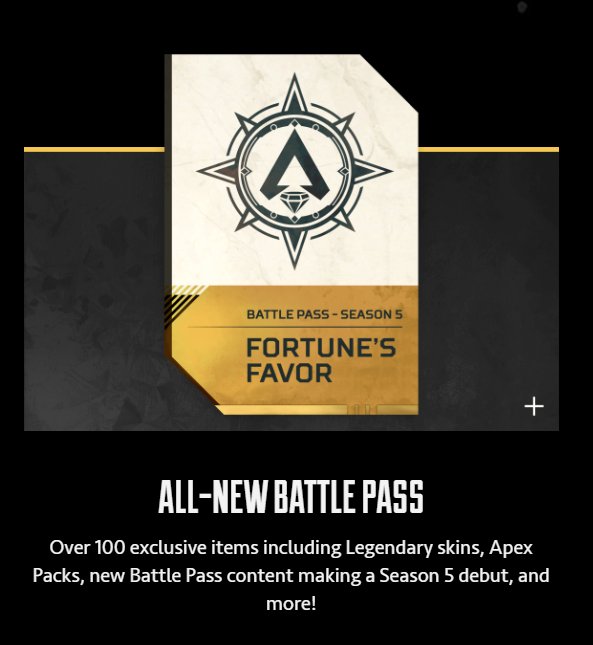 Interestingly enough, Respawn did not reveal what new weapon will be added in Season 5. Every single season has featured a new gun, and the devs usually reveal them ahead of time, but it seems that they’ve changed course this time around. Most believe it’ll either be the Volt or CAR SMGs from Respawn’s Titanfall series, but we’ll just have to wait and see.

As always, we’ll continue to bring you the latest Apex Legends Season 5 information as more details get announced in the coming days.