Respawn Entertainment have responded to an Apex Legends bug that reduces weapon accuracy while sliding.

The latest patch for the game arrived on June 4, and introduced the new Legendary Hunt Limited Time Mode. Unfortunately, the update also seems to have come with a number of bugs.

The most notable of those bugs is an issue that significantly reduces weapon accuracy while sliding,  which shroud considered such a major problem that he won’t be returning to Apex until it’s fixed, describing the game as “ruined”.

Though there wasn’t any mention of such a change to the moving accuracy in the patch notes, some players were concerned that this might have been a deliberate design choice by Respawn rather than just a bug.

Fortunately, Respawn community manager Jayfresh has released a list of known bugs that have appeared since the patch that they’re working on fixing, and listed as one of them is “accuracy while sliding and ADS”.

One of the deliberate changes in the update was a change to game configs, which allow players to set commands that adjust game settings, designed to stop players from using such settings to gain a competitive advantage. For some players, however, their configs were designed simply to improve game performance, and these commands will soon be reinstated.

Jayfresh also offered an explanation of the new red symbols that sometimes appear in the upper-right corner, which highlight exactly what’s happening when network-related issues are occurring in game. 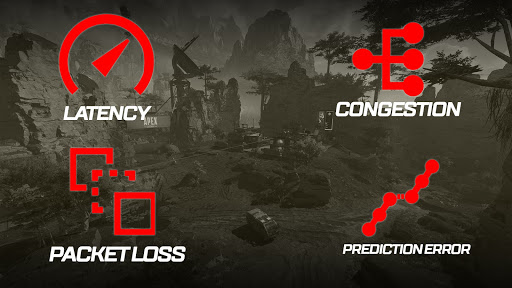 The full list of known bugs can be seen below. Jayfresh did not give an estimate on how long each will take to fix, but players can at least be assured that these issues are being worked on.