The world record for most kills by a single player in Apex Legends on console has been, beaten as the 30 kill mark has finally been crossed – but it’s still a long way off the PC record.

As soon as Apex Legends released on February 4,  the most talented players got to work trying to set the world records, with NRG pro ‘Dizzy’ setting a peak of 34 kills on PC.

This has later been overtaken, with Overwatch pro Mendo extending the record to 36, but throughout this, the console record has stood strong at 29 kills by ‘Casdg_’. 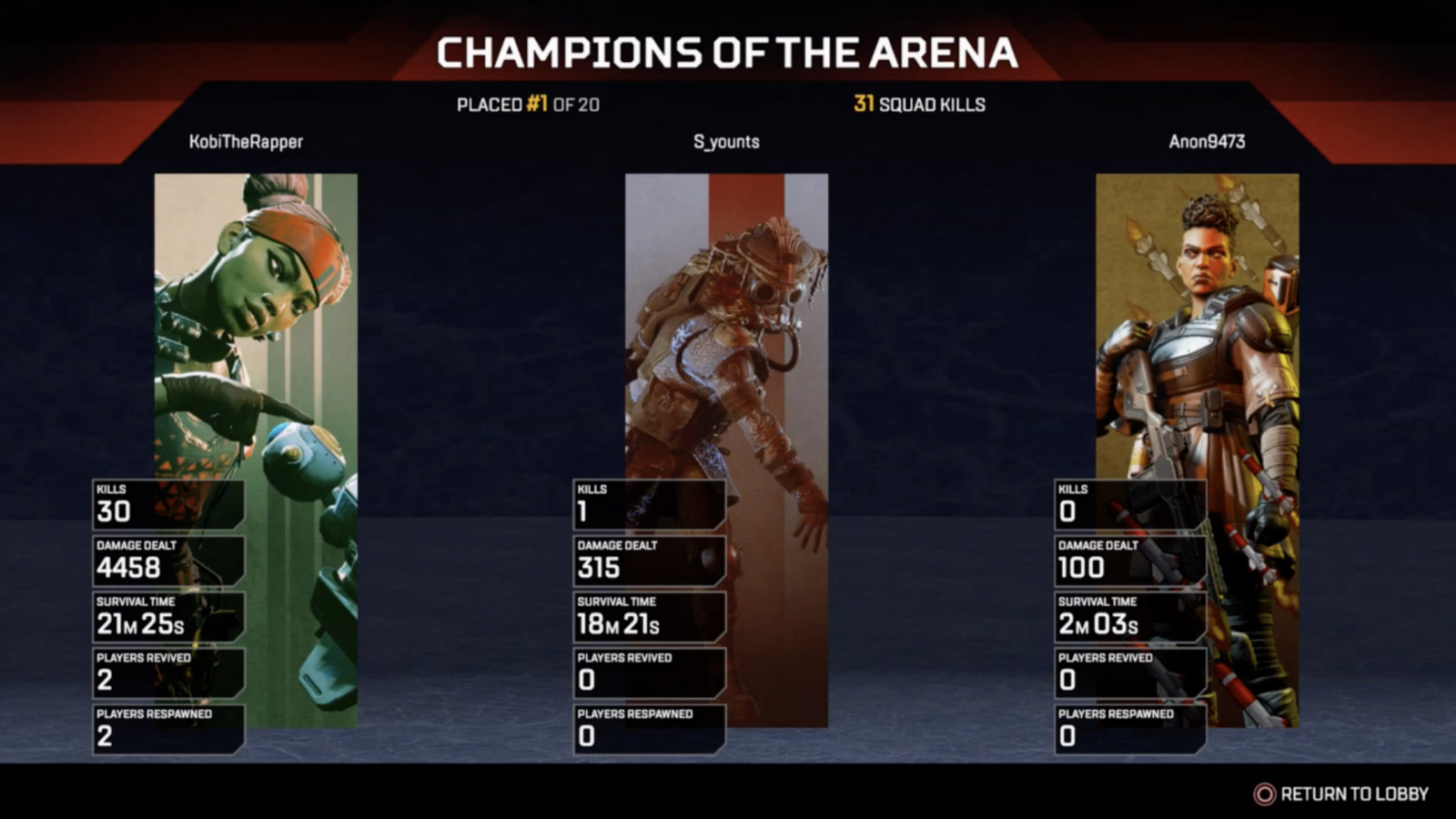 The elusive 30 kill mark couldn’t be matched on console – until now, as PS4 player KobiTheRapper has just got over the line.

With a whopping 4,458 damage, Kobi wiped out half of the lobby by himself, putting the extremely powerful Wingman pistol to good use.

The Wingman has been a constant in almost all Apex Legends world records, as players with excellent aim can make the weapon look incredibly overpowered.

In the hands of most players, the Wingman is a high risk/high reward weapon, with the punishment for missing your shots usually resulting in a swift end.

You can check out the full list of Apex Legends world records here.

Console players still have some catching up to do if they are to match the 36 kills set by Mendo on PC, but for now, the target is 31 – and at the rate which players are breaking records, KobiTheRapper might not hold on to this one for long.