An Apex Legends player has suggested a concept for the game that would give players a better understanding of exactly how each game played out.

The idea put forward by u/atemple47 would show players a map of King’s Canyon at the end of each game with a breakdown of exactly what happened to them as they attempted, successfully or otherwise, to become champions.

The concept would show players their travel route across the map after each game, as well as marking points of note like where they landed, where they killed enemies, and where they were ultimately eliminated.

As well as simply being interesting, especially after a long game in which the player moved around a lot or picked up a lot of kills, over time it could also help players get a sense of their own tendencies, as well as which areas of the map tend to work better for them. 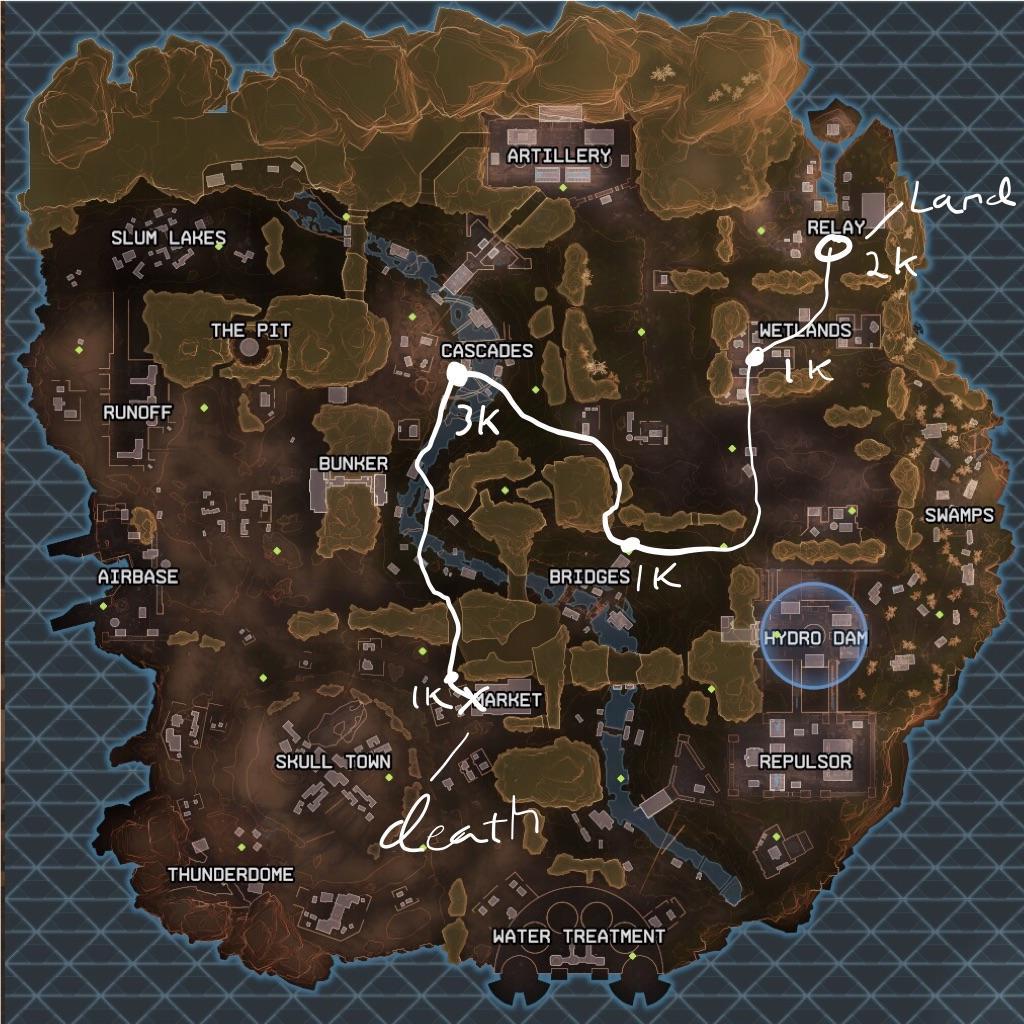 Other players have also suggested a more detailed version, incorporating the paths of the enemy that eliminated you as well, for instance, or even perhaps having the option to show paths for all of the players in the game, although this could easily get quite cluttered

Other suggestions along similar lines include personal heat-maps showing where players have picked up their kills, where they’ve landed the most, or where they’ve been eliminated throughout their Apex Legends career.

Apex has faced some criticism for the limitations of its current stat tracking. There are no overall statistics available in-game, with stats being tracked only on a legend-by-legend basis, meaning players have to manually add them together to figure out their overall numbers. Even then, the types of statistics available remain fairly limited.

Respawn Entertainment have yet to comment on whether or not they’ll expand the game’s statistics tracking, either in terms of traditional stats or more visual statistics like u/atemple47’s concept.