While Apex Legends has received praise for practically every element of the game, cheating has remained a huge problem. The battle royale game remains very popular but has had its player base, especially in the Asian region, diminished because of the cheating issues.

Respawn Entertainment have confirmed that the Apex Legends ban list now totals more than 500,000. This was confirmed within the Season 1: Wild Frontier patch notes by Jay Frechette, Respawn Community Manager, who stated, “As I’m finishing the notes this morning, 499,937 accounts and counting have been banned for cheating.“ 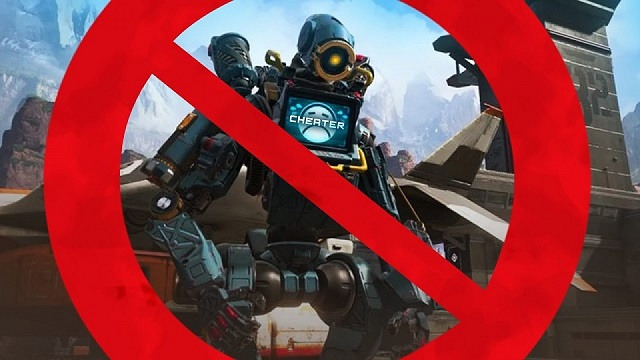 Cheating and hackers are the biggest problem in Apex Legends…

As this was nearly two days ago it’s fair to assume the total is above half a million now. This also means there have been over 150,000 cheaters banned since March 9.

The initial 355,000 number from March 9 was for PC players only. It isn’t clear whether the latest reported total includes PS4 and Xbox players.

It isn’t known how prevalent cheating is on console compared to PC, but by anecdotal feedback alone and because of the nature of the system, it is likely a far bigger problem on PC.

The cheater section from the Apex Legends FAQ on the EA website says, “Apex Legends utilizes Easy Anti-Cheat from Kamu (an industry-leading anti-cheat service) on PC, and the built-in anti-cheat features available on Xbox One and PlayStation® 4.“

Ban number symbolic of a bigger problem in Apex Legends?

On the surface it is good news that half a million cheaters have been banned from Apex Legends. However, that begs the questions, just how many more are there and is it a problem that can ruin the game.

Therefore, more than 1%, possibly up to 3% of regular players could be cheaters. This is obviously something that Apex Legends players won’t put up with in the long term.

Games outside of their peak popularity, that have a cheating problem, tend to fade to nothing more than a hardcore contingent. While in its relative infancy it isn’t so much of a problem, it is something that needs to be stopped.

It is good to see that the teams behind Apex Legends are taking cheating so seriously. Hopefully fixing it is their number one priority.