A bug in Apex Legends can make Bloodhound’s Ultimate Ability, Beast of the Hunt, disorienting to use since it alters the game’s visuals for the person using it.

Using the Ultimate Ability lets Bloodhound enhance their senses by turning the screen black and white while highlighting everything from footsteps, enemies, and more. But the change of color on the screen doesn’t revert back to its original state after the ult has expired.

This glitch makes it so that people using the Legend’s Beast of the Hunt have to play out the rest of the game using that same black and white filter, which, needless to say, is a huge issue.

The Technological Tracker has a bug in their system that can lead to black and white gameplay.

Though the bug has been seen in the past, more players are encountering the glitch that prevents them from seeing other people due to the monochrome graphics that blend the entire Apex world together.

“Bug with Bloodhound’s ultimate that makes the screen black and white,” Reddit user ‘evergarden_8’ said. “I’m also having to deal with a prediction error problem with the server and boop this happened.. I can’t even see the enemy.”

Evergarden added an image showing them spectating someone in Apex, but the gameplay was in black and white while the player’s banner and HUD were displaying their regular colors. 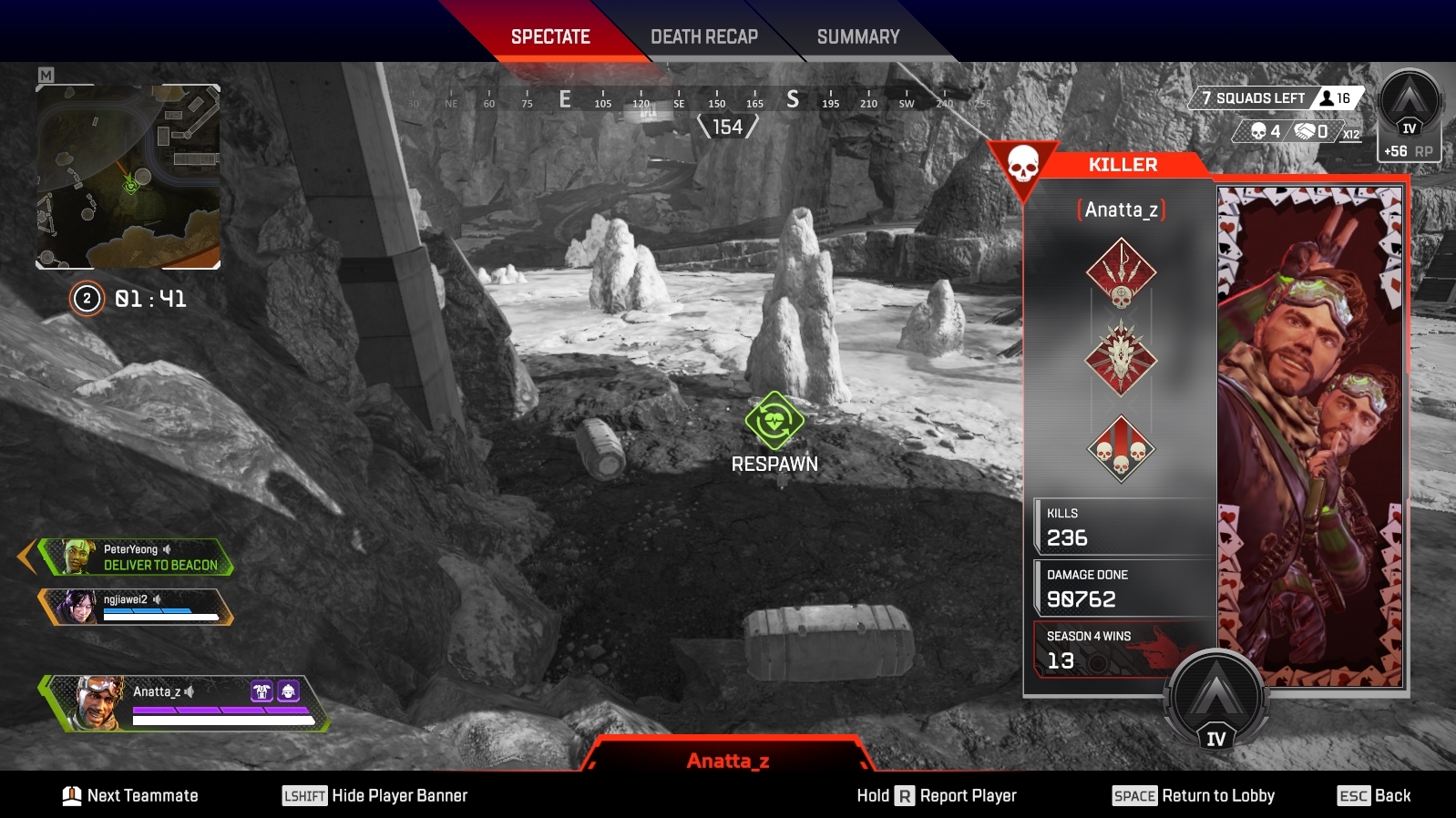 The player’s feed was black and white after using Bloodhound’s ultimate.

Bloodhound’s ultimate got an insanely powerful buff at the turn of Season 4, but fans of the Technological Tracker are starting to find the character difficult to utilize with the bug.

“Every time I get killed while using Bloodhound’s ult everything on the screen is still black and white (even when I’m spectating) until I use the ability again,” user ‘JJ2Goated’ said. “I love Bloodhound especially with the new buff but this bug is making it really hard to keep playing them.”

In Apex Legends, Ultimate Abilities are supposed to be game-changing moves that tilt the favors to your team, not make the rest of the match unbearable to play.

Bloodhound’s ultimate makes them a menace for unsuspecting victims, but the bug can cause adverse effects for the user.

Bloodhound is already not one of the higher-tier Legends in Apex, and this bug can make the character even less appealing to use.

More and more players will feel apprehensive to choose the Technological Tracker, so the Apex Legends devs could move in fast to fix the issues before things get too out of hand.