Apex Legends data-miner ‘Shrugtal’ has discovered the names and abilities of two new unreleased Legends that could be added into the game at some point in the future.

As the title of the game indicates, Legends play a huge role in Apex Legends, as each one has three unique abilities that players can use to take down enemies and win matches.

Since the game’s release, there have been three new characters added, one for each season, and there’s no doubt Respawn Entertainment has many more in development.

In fact, information about two new Legends called Forge and Conduit has been discovered and leaked by prominent data-miner ‘Shrugtal,’ adding to the long list of unreleased characters about whom details have been leaked about.

You can find everything we know so far about both Legends below, including their abilities and a possible estimate on when they may be released. 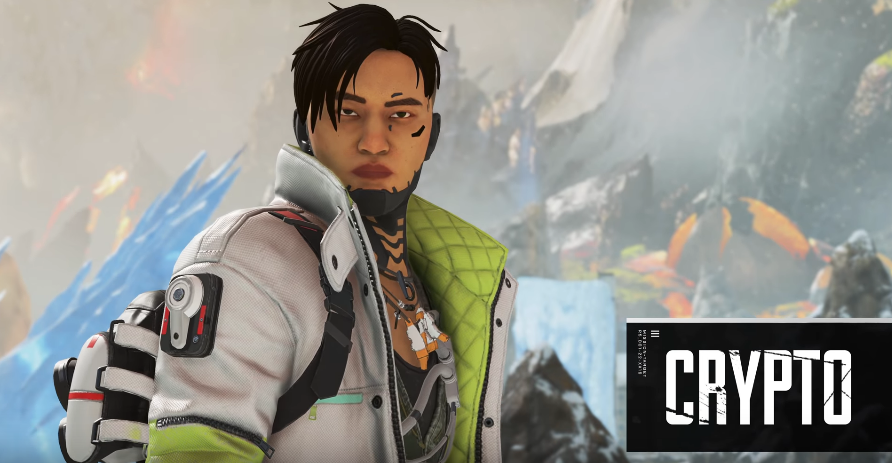 A new Legend has been released in Apex Legends at the start of every season, with Crypto being the latest one.
[ad name=”article3″]

According to the leaks, Forge is an “augmented brawler” who actually has six listed abilities instead of the usual three. This could either be because the developers haven’t yet narrowed the best list down to three or the character could come with two sets of abilities, much like the leaked Revenant.

As for what Forge looks like, the data-miner was able to find a image of his face, although it appears to still be in the concept drawing phase and not what he’ll look like in-game.

Moving onto the second leaked Legend, code-named Conduit, who the game files indicate will be an “Overshield Conductor,” perhaps suggesting that Conduit will be a support character rather than one that offers a clear offensive or defensive purpose.

Unlike Forge, the files have what appear to be the finalized set of three abilities, even going as far as to label each one as the passive, tactical, or ultimate.

Unfortunately, the data-miner was unable to find an image for Conduit.

When will these leaked Legends be released?

So far, Respawn have limited their new Legend releases to only one per season, which means there’s no telling when these two characters will see the light of day in Apex Legends.

The data-miner did come across a file in the back-end that suggest Forge would be the Legend released for Season 4, but that seems very unlikely considering how incomplete he still is.

In fact, Conduit seems more complete than Forge does at the current moment, since the three abilities have seemingly been already determined.

Of course, at the end of the day, there isn’t anything that proves these Legends are even real, since all of this information is based on unofficial leaks. The fact that both characters are listed under codenames mean they are both still very early in their development and could see their names, abilities, and appearances changed before all is said and done.

In the meantime, make sure to check out our leaked Apex Legends characters hub, where we have the abilities and images for every unreleased Legend that’s been leaked so far.