A new world record for the most solo kills in a game of Apex Legends on console has been set, raising the bar for all PlayStation 4 and Xbox One players hoping to claim the throne.

PlayStation 4 player Calamiti has pulled off a massive 34-kill game, topping the previous console record of 31 kills with some room to spare.

While qualifying for the record only requires that an individual player be accredited with enough kills, in Calamiti’s case it really was a solo effort. One team-mate apparently never made it into the game, while the other dropped out without dealing any damage.

The result was that Calamiti was routinely out-numbered in pursuit of the victory, but managed to take down group after group alone to both win the game and set a new kill record, racking up over 6000 damage in the process. 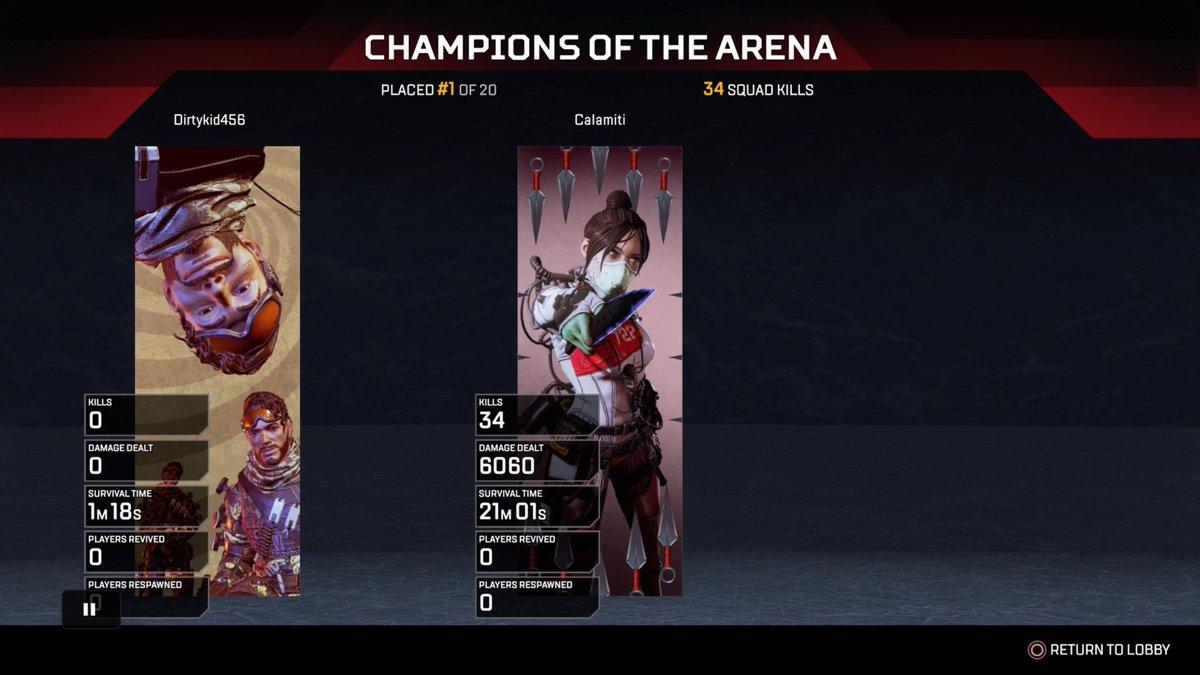 Calamiti’s set-up for the record will be familiar to anyone who’s watched high-skill players on any platform. Wraith is the legend of choice for the aggressive player looking to maximize both their kill count and their survivability in solo scenarios.

Meanwhile, the Wingman is unsurprisingly his go-to weapon – almost universally considered the most powerful standard weapon in the game if you can hit your shots consistently – joined by the R-99 sub machine-gun for finishing off kills at close range.

The overall solo kill record still rests on the PC side of things, with Houston Outlaws streamer and former Overwatch pro Lucas ‘Mendokusai’ Håkansson holding the title at 36 kills, but Calamiti’s performance nevertheless closes the gap between the platforms.

Console players do hold the record for the most collective kills as a squad in a single game, however, with Gaitor_423, Pensatas, and ImCadillackin putting up 45 kills between them, compared to the 41 managed by two PC groups.