Fans of the hit anime My Hero Academia have fallen in love with the diverse U.A. High School students, but some fan’s adoration of the show’s evil characters have led to an incredible alternate timeline.

While audiences will need to be patient for the return of My Hero Academia, fans have been creating everything from insane crossovers to sinister cosplays while they await for the show’s fourth season.

One of the latest creations to come from the show’s artistic fanbase is a series of cover arts for an awesome idea featuring the franchise’s rising villains, aptly named “My Villain Academia.” 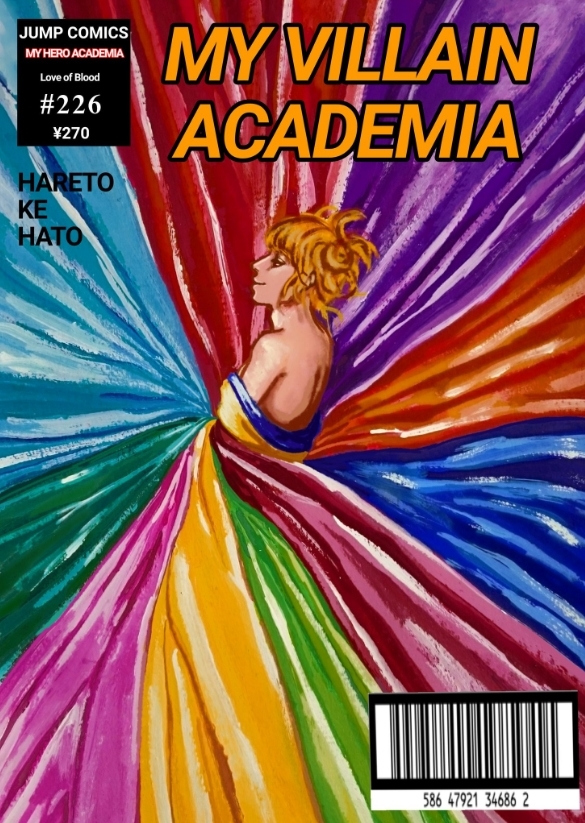 Probably the most striking cover art of the collection featuring the usually eccentric Toga painted in a calmer light.
600

‘My Villain Academia’ gives a deeper look into untold stories

Artist ‘Haretoke’ released stunning comic book variants for what seems to be a story based on the daily adventures for My Hero Academia’s villains much like fans already get with Midoriya, Bakugo, Uraraka and more.

The designs feature prominent characters from the show like Toga, Tomura, Giran and Twice all in stunning portrait that draw that paint them in unique lights.

Toga is visually striking, showing the blood-thirsty villainess wrapped in mutli-colored sheets. Haretoke named this edition “Love for Blood,” which perfectly paints the idea of Toga in love with all the kinds of blood she’s got her hands on over the years. 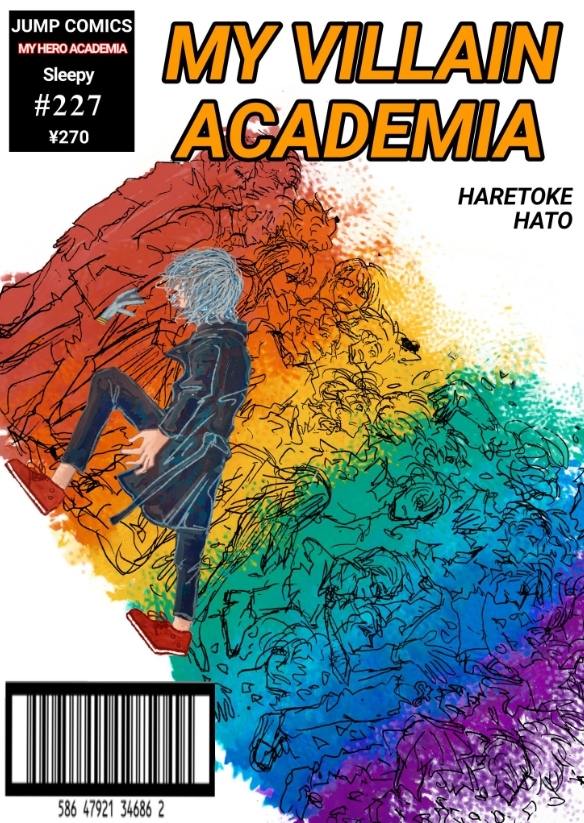 The embattled Tomura has a colorful comic cover, something he might hate if he knew.
600[ad name=”article3″]

Tomura meanwhile is the star of a comic variant called “Sleepy” in which he’s dragging himself across a crowd of colorful people. It looks like this story would be about how the villainous leader suffers on the daily having to put up with other humans.

Meanwhile, the money-driven Giran is literally laying in rubbish on the cover of “Go! Sliding Go!.” Then Twice is seen carrying his crush Toga in his comic called “Heart of Injury” which might just be the story of him never getting with the aim of his desire. 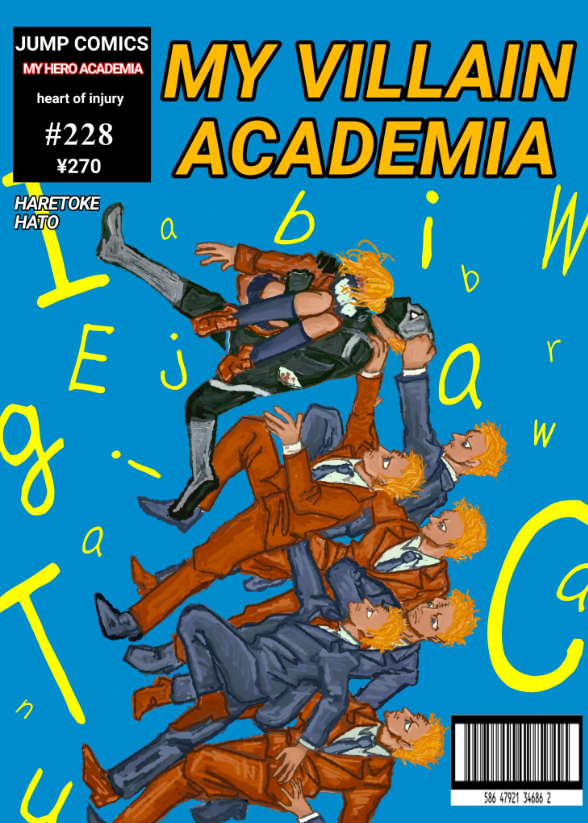 Even though he’s the star of this comic, it doesn’t look like Twice will be getting the girl in the end.
600

Even as the series has stalled with more episodes not expected sooner than late 2019, My Hero Academia fans are a treasure trove of excellent fan creations that will just have to keep them going until more instalments arrive.

But if artists like Haretoke keep producing art of this caliber, the wait for the next season of My Hero Academia might not be so bad.