While you can build almost anything in Animal Crossing: New Horizons, some Pokemon fans have taken their favorite series and built locations from it in the game, merging the two franchises into one.

One of the new features added to the Animal Crossing series in New Horizons is terraforming – a building app on your Nook Phone that allows you to build cliffs and rivers to your heart’s content, making the Switch title one of the most customizable and unique in the entire franchise.

Pokemon Trainers have jumped at the chance to design their own custom islands, and have created towns and Gyms from the RPG franchise in the game, pulling the two titles into one in an amazing and inventive crossover.

Sword & Shield players will no doubt recognize Ballonlea, the small town is situated in a secluded forest in the Northern Galar region. The location is very distinguishable due to its dark atmosphere that’s lit up with bright, glowing mushrooms and toadstools.

AC:NH fan JayB*tchahoe decided to bring the fantasy-esque location to their game, and created a room in their house that’s the spitting image of it. Including a cherry-blossom floor, a crescent moon chair, and some luminous mushroom lamps, the Trainer managed to replicate the Pokemon location perfectly.

In the Switch RPG, the region is meant to resemble the United Kingdom, so it’s unsurprising that Game Freak decided to include a dense wooded area in the game, as the country’s countryside is littered with them. 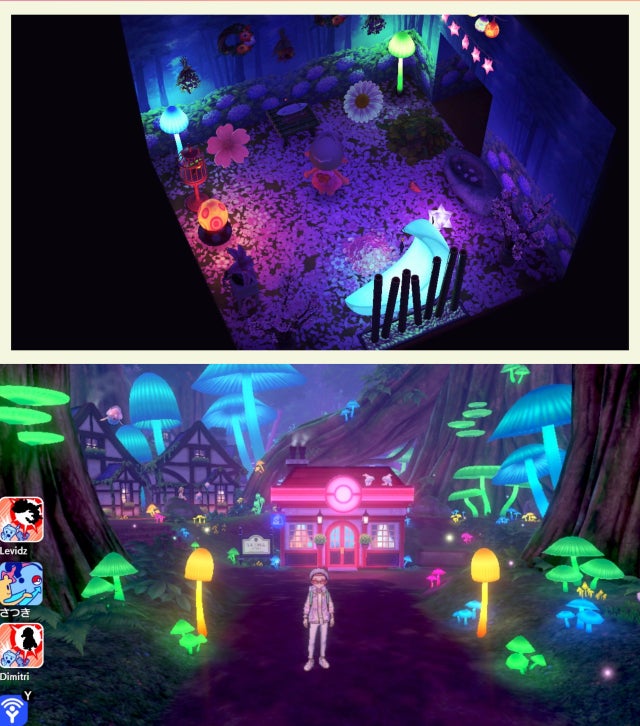 Another player, Steviewonderful73, created a Gym on their island, taking inspiration from the game’s Water-type Trainers for their building. Surrounded by waterfalls, the walk up to it looks epic as heck.

This is a great example of how the terraforming tool can be used to completely transform a town when used properly, and the Reddit user’s work looks legendary, to say the least. Imagine wanting to challenge the Water Gym, and having to walk up that path.

They even sported an Ash Ketchum outfit, complete with cap and all, for that true Pokemon effect.

Animal Crossing: New Horizons has proven to be a hit success with players – and not just Pokemon fans – since its release on March 20. There were almost seven years between mainline entries in the series, so it’s understandable why it was so hyped.

It was so popular, in fact, that it smashed sales records in just its opening weekend alone, knocking Sword & Shield off the top spot for fastest-selling Nintendo Switch title of all time.