Blizzard Entertainment has answered the prayers of many World of Warcraft Classic fans on August 28 with larger server capacities as horrendous queue times in popular realms marred the launch window experience for many.

WoW Classic has finally given long time players and interested new parties a chance to experience the land of Azeroth as it was when the game first launched in 2004. But renewed hype for the title has left many waiting in atrocious queue times to log into various realms.

But the developers are now “substantially increasing the number of players that can be simultaneously logged in and playing,” the devs said in their hotfix announcement. 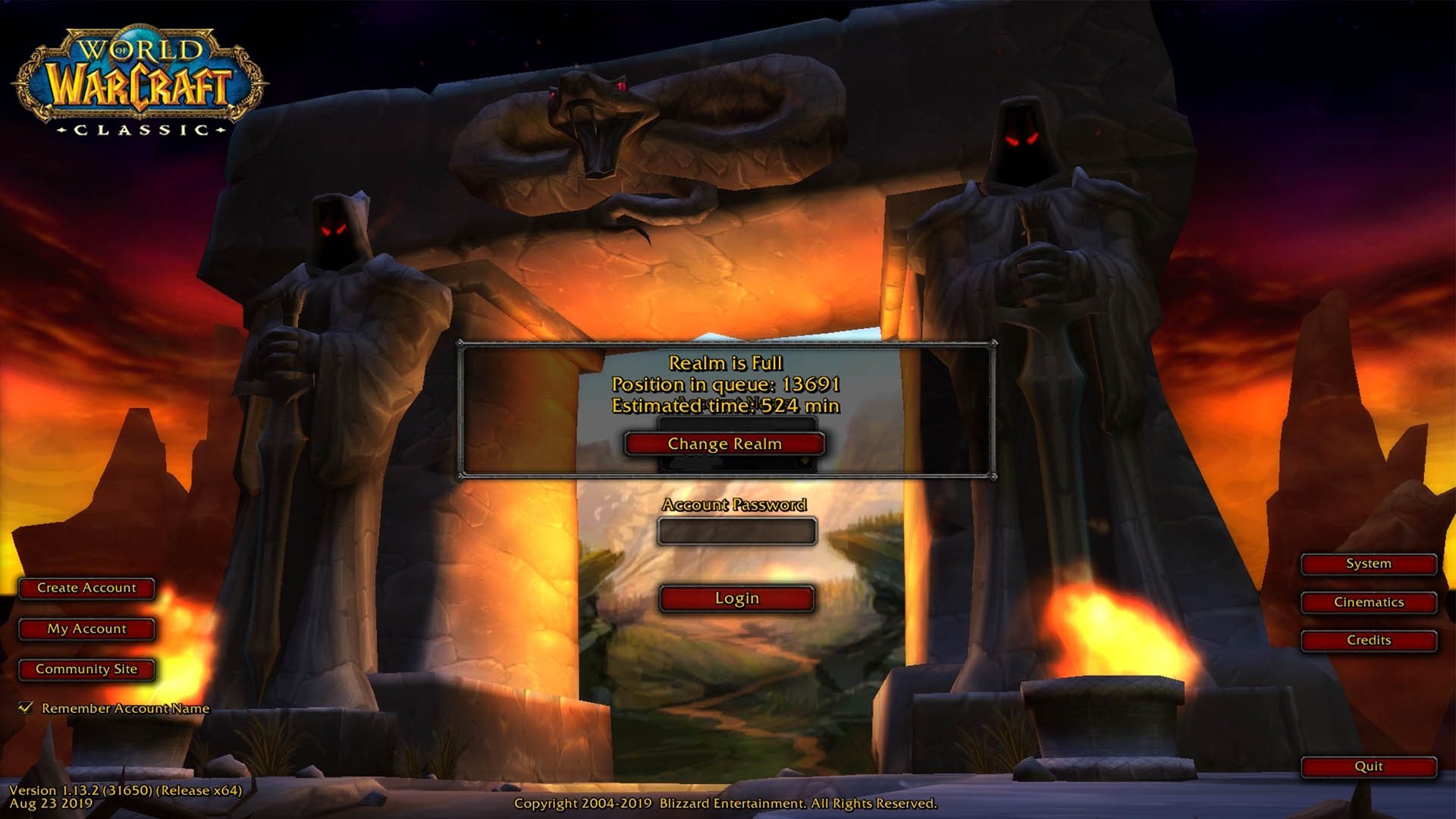 The wait times for WoW Classic were really bad for a lot of players.

With the new hotfixes, wait times have been severely cut down to more acceptable levels. Even though players will still be lining up in a queue, the “Estimated time” to join a realm shouldn’t be as bad.

“With hotfixes that we are currently deploying to all WoW Classic realms, we are substantially increasing the number of players that can be simultaneously logged in and playing,” the WoW devs said in their announcement. “We expect this to result in smaller queues for realms that have large queues, and some realms should no longer have queues at all.” 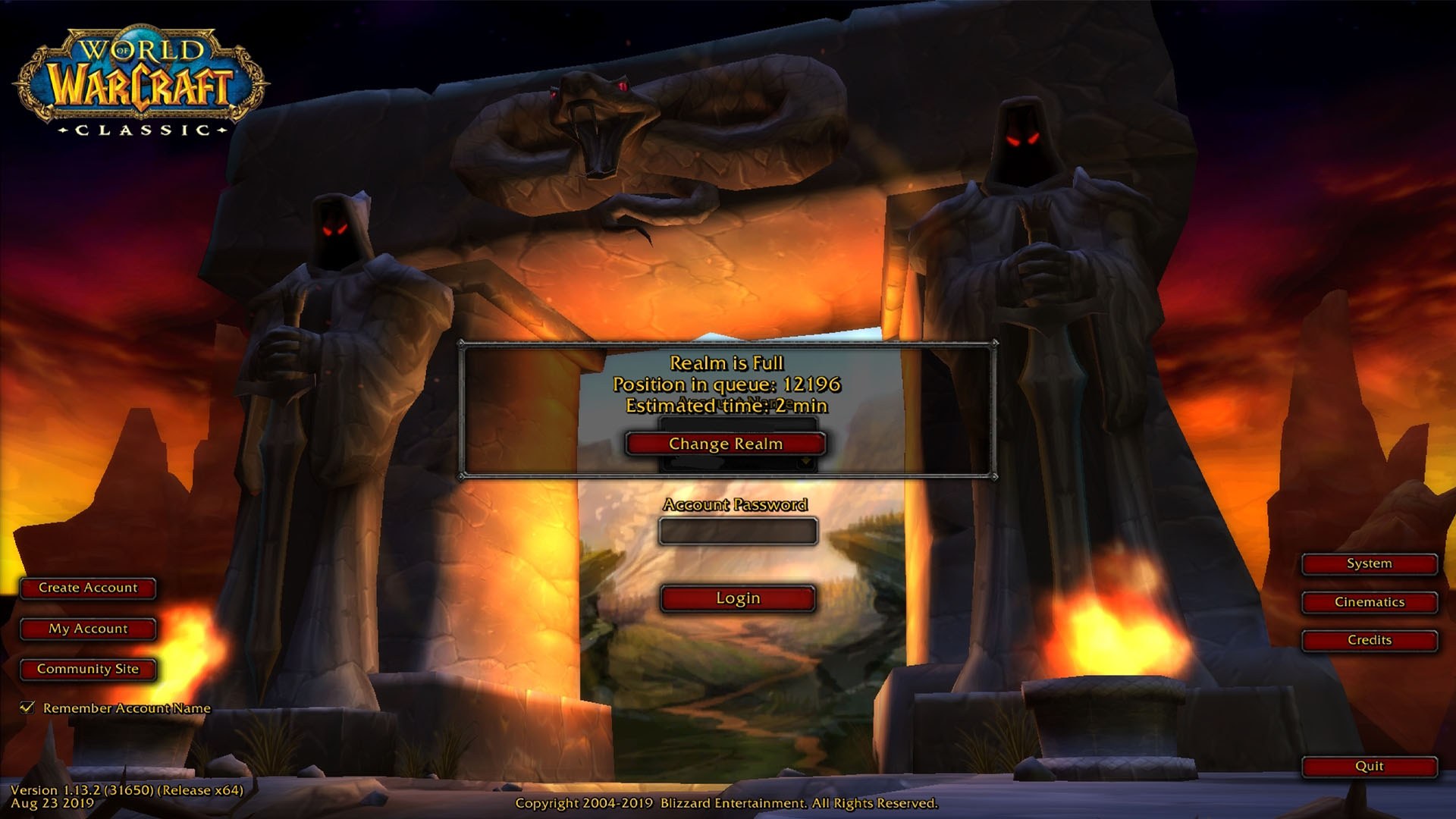 The queue times for a popular WoW Classic server mere moments after the hotfix.

The legions of WoW players have been looking forward to Classic’s August 26 release, with many of them treating it as a mini-holiday.

Millions of WoW fans across the world are more than enough to fill the launch day servers, but a key difference between 2019 and 2004 are the thousands of fans and viewers for many popular streamers.

Notably, the “streamer server” of Faerlina along with high traffic realms like Bigglesworth and Fairbanks have featured outstanding queue times of 500 minutes or more.

While it’s true that expansions and major events similarly bombarded the WoW servers throughout the years, there’s been a huge spike in the wait times since Classic released, in part due to new players joining the ranks of the Horde and Alliance. 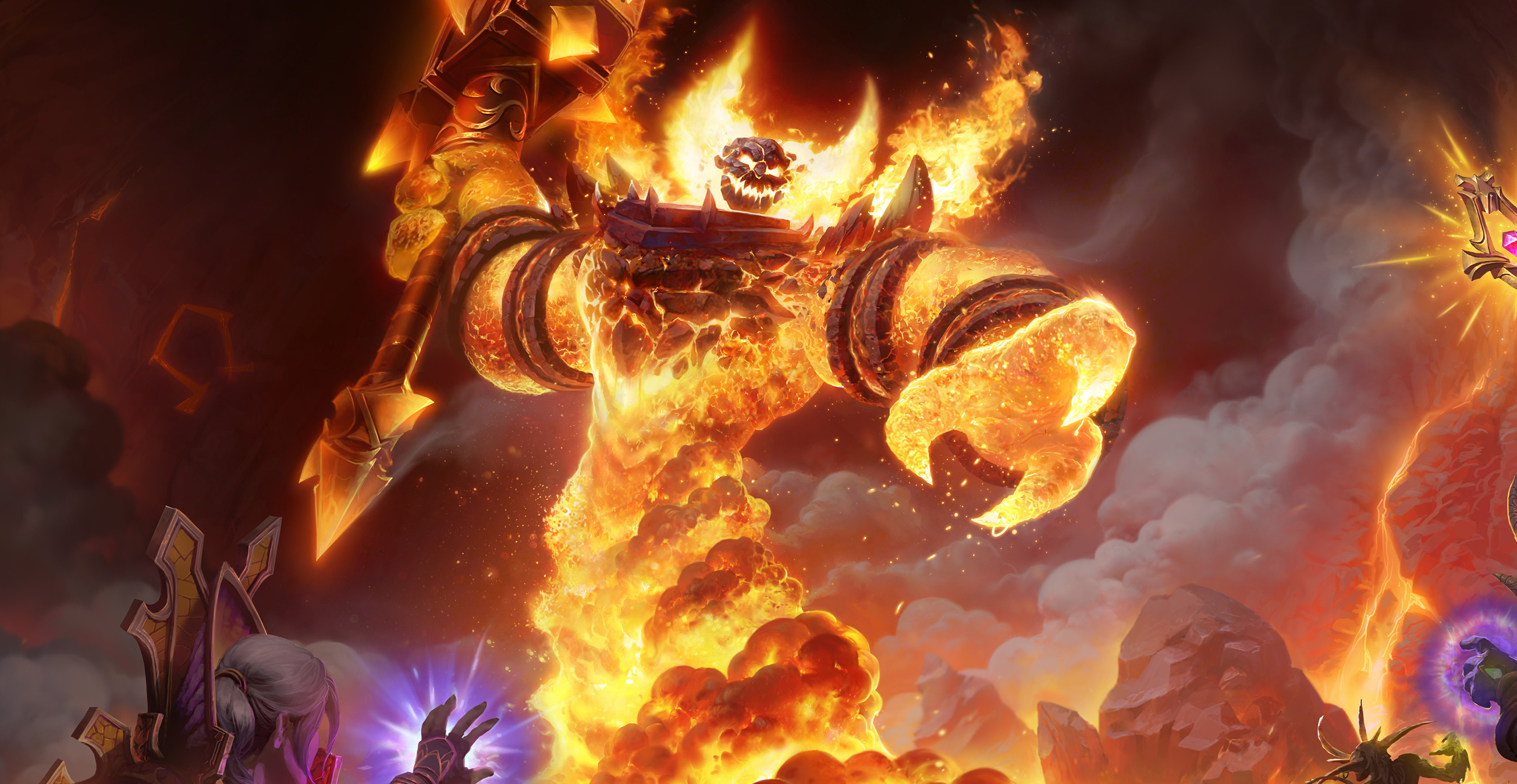 Hopefully the shortened queue times will let more WoW players experience all of the game’s moments in a timely manner.

Thousands of players will be rejoicing in the wake of Blizzard’s hotfix as it means shorter queue times will give people more time to play the game than waiting for others to log off.