Colorado-based Villager main SAMFISH pulled off what could be the most ridiculous and risky pocket of all time in the history of Super Smash Bros Ultimate when he literally grabbed a ball of death.

During Elite Smash 42 in Denver, the Villager player was taking on Shoe in the tournament’s winners finals. Shoe, who opted to play Hero in the first game of the set, was taking it to SAMFISH early on when he saw an opportunity to finish off his first stock.

Using Hero’s controversial Command Section, which gives the Dragon Quest fighter a series of randomly generated spells to choose, saw that he had Whack available and chose to use it against his foe. 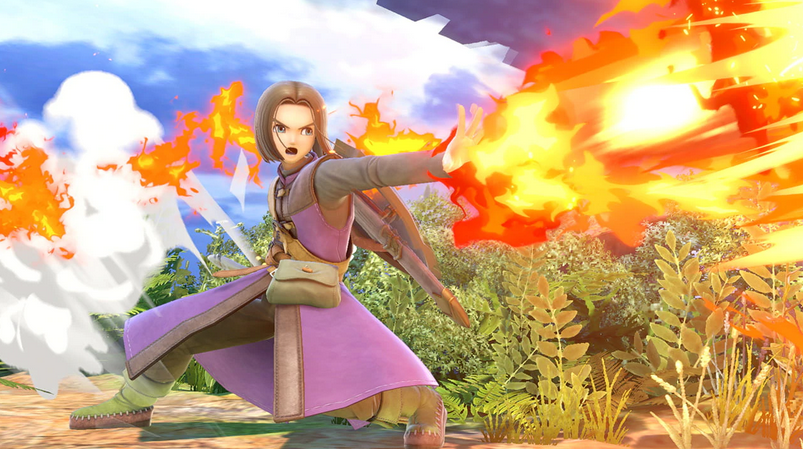 Hero’s spells have been a major source of controversy in the Smash community.

Whack is a slow-moving projectile that will kill an opponent if it connects making it one of the strongest moves in the game and a threat that players need to be ready for. While some might have tried to dodge and avoid the literal ball of death, SAMFISH saw an opportunity.

With his fast reflexes, SAMFISH used Villager’s pocket ability to grab hold of Whack and use it for his own nefarious purposes. This was literally the equivalent of Frieza in Dragon Ball Super grabbing hold of the Hakai energy used by Gods of Destruction and using against his foes.

“Oh my God, he pocketed the Whack!” the commentator said in awe. After getting Shoe off the stage, the Villager main simply casually walked back a bit to avoid a grab attempt by Hero before letting loose the Whack attack right in his opponent’s face resulting in a kill.

Not pictured: me still getting two stocked pic.twitter.com/bLTaMJus31

Even Shoe was amazed based on the player cameras as started laughing at how his own greedy play was used against him.

Unfortunately for SAMFISH, Shoe still had a lot of fight left in him and ended up taking the series by a score of 3-2 after using a number of interesting fighters including Pikachu, Wii Fit Trainer, Captain Falcon and Zero Suit Samus.

You can watch the entire set in the video below.

It’s unlikely we’ll see another pocket that ridiculous by a Villager player again in Smash Ultimate’s lifespan, but if we do, this one will be very tough to beat.

There’s also the possibility that the next DLC fighter has an ability even more powerful than Whack, though their identity remains a mystery thus far.