Super Smash Bros is all about fighting and non-stop action but the game’s biggest event of the year, CEO 2019, was reportedly plagued with behavior that players nor fans could have expected.

The highly anticipated event was marred by reports of not just a physical altercation between Smash players in a bathroom on-site at the Daytona Beach Ocean Center, Florida, but also allegations of racial slurs being shouted at competitors as well.

Canadian Smash player SuperGirlKels claims that she wanted to leave the competition when day two came around, after a fight broke out between RiotLettuce and Osiris197, with – as she says – “no security” to help quell the situation. 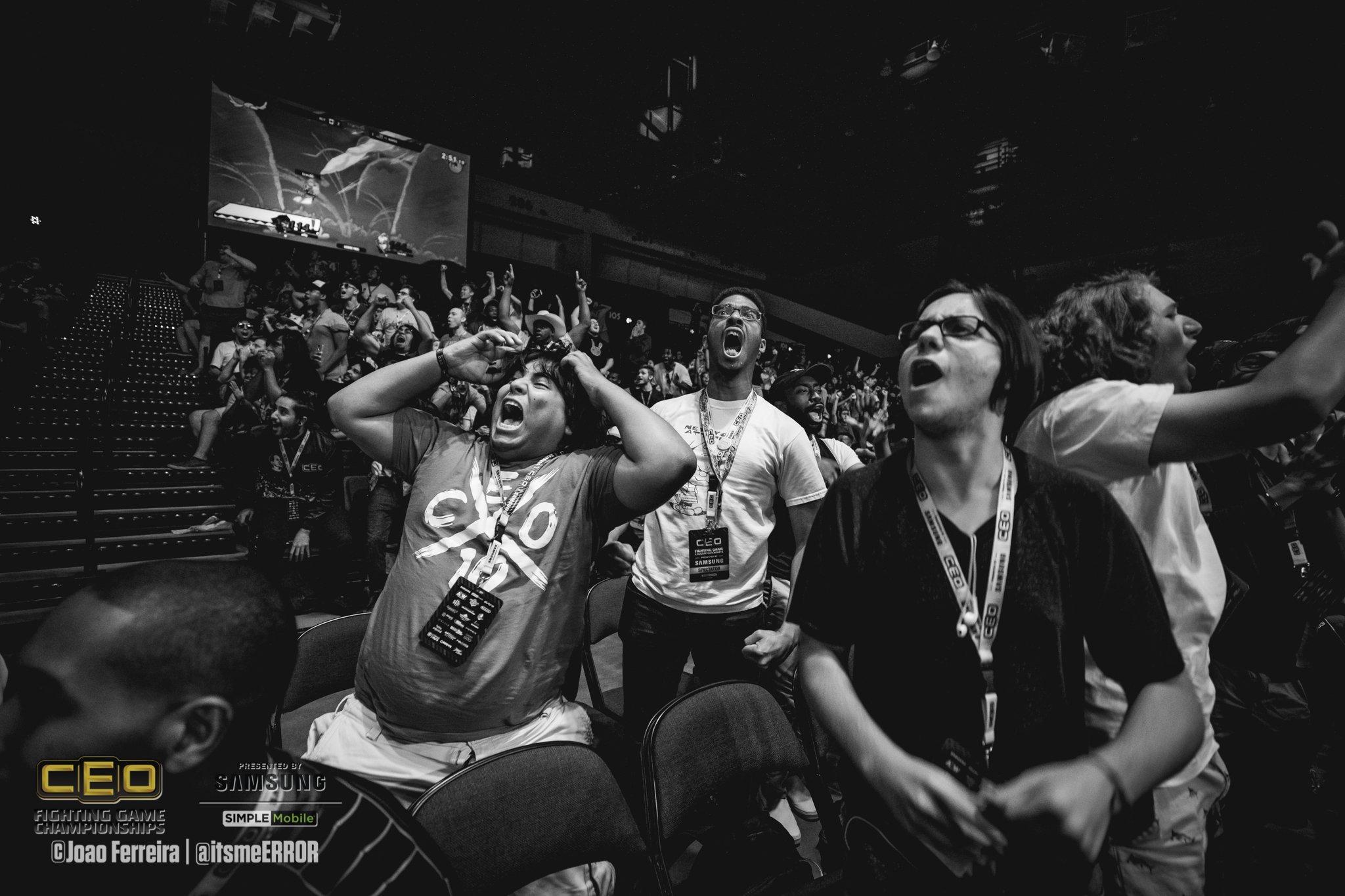 Super Smash Bros featured alongside other fighting games at the CEO 2019 event.

To make matters worse for the pro players competing at CEO 2019, it has also been reported that sections of the audience were hostile towards the competitors right throughout the day – allegedly under the influence of alcohol and cannabis.

“Literally a fight broke out no one did anything. No security,” SuperGirlKels tweeted on June 30. “A lot of people in the venue are drunk and high, calling out players causing problems. I want to leave.”

Literally a fight broke out no one did anything. No security. then a to got involved and then they started fighting and then it took my mom go find 1 person to help. A lot of people in the venue are drunk, and high calling out players causing problems. i wanna leave

The confrontation between RiotLettuce and Osiris197 was a huge talking point for those at the event, with the former releasing their account of the story in a Twitlonger post.

If his account is to be taken as accurate, Osiris – who has now confirmed that he was drunk – decided to knock a jug of water right out of Riot’s friend’s hands. Once he was made aware of the situation, Riot came to the bathroom to talk about the “unprovoked” actions of the player.

Moments later, after Riot allegedly made a comment about Osiris bullying kids, the latter pushed past Blacktwins to start the altercation. Once things were calmed down by a tournament organizer, it was reported that Osiris came back a second time and spiked Riot’s Gamecube controller on the ground.

Yes, as everyone knows the perfect response to someone who has been drinking is getting in their face and pushing them. Riiiiiiiight.

“Truly a disgrace to the smash community and probably one of the biggest idiots to ever touch the sticks,” RiotLettuce said in his Twitlonger post. “Hope he gets banned from everything I don’t even know why he was allowed to come to CEO in the first place. Guy is a lunatic.”

Osiris was later involved in another altercation with Smash player Chez, before being escorted out of the building, and has owned up to the actions during his own Twitlonger post. Though, he completely denies accusations of starting altercations with no provocation.

“I own up to my part and wrong-doings in all of this including throwing a punch or getting physical, the controller, the use of slurs, and so on, but really to stop this narrative being established that Riot didn’t instigate at all and I just punched him with no provocation, because that is completely untrue.” 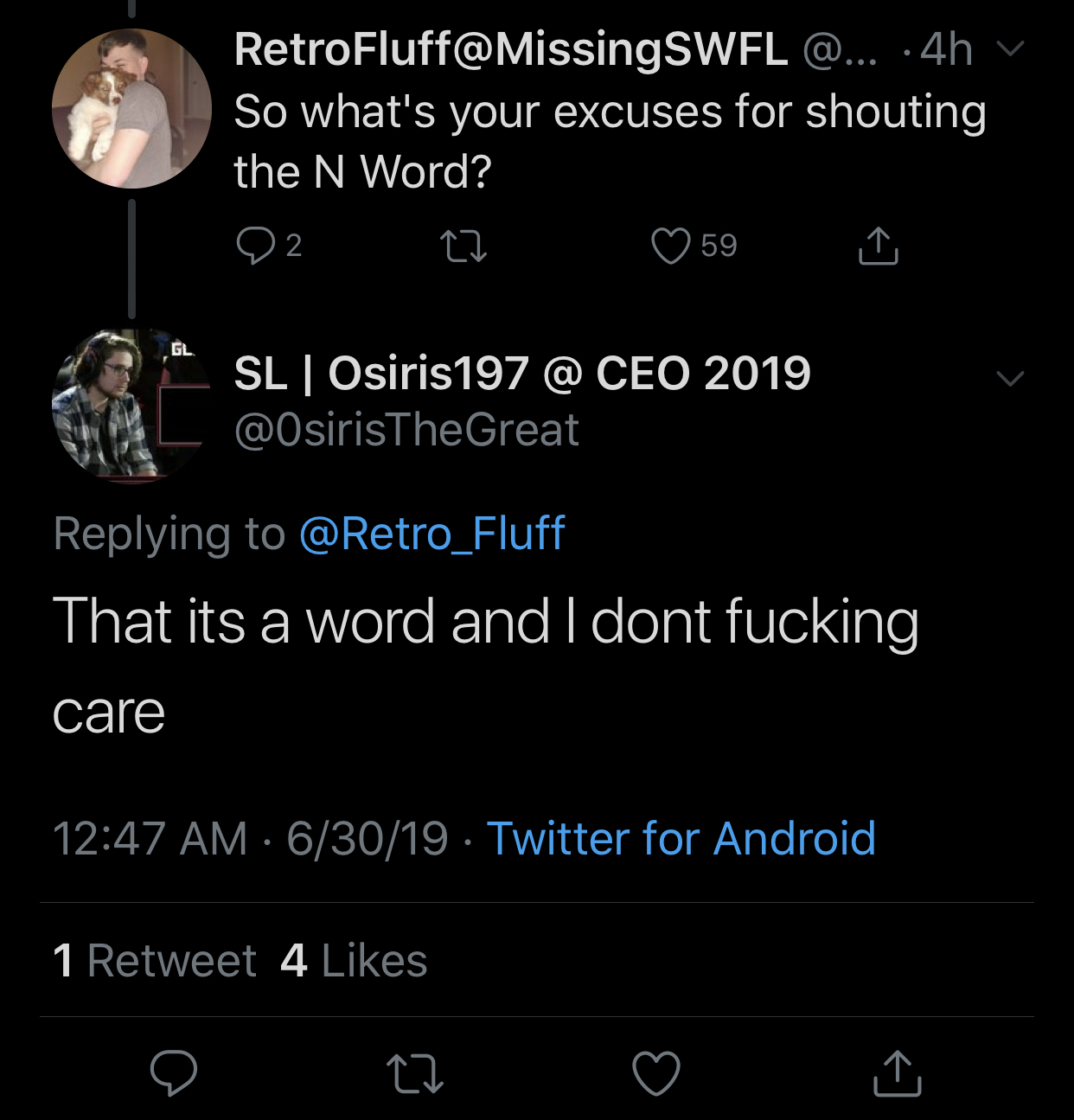 Smash player Osiris addresses use of racial slurs during CEO 2019.
600

This wasn’t a standalone incident involving racial slurs, either, as confirmed by legendary Street Fighter player Justin Wong, who explained why moving the event to Daytona Beach could well have been a mistake.

Was walking around Daytona Beach and I got hit with

“You chinese? You probably broke. White power Trump the best”

So this is what people was complaining about last year? LOL

Whether or not any of the people involved in reported fights will be banned from attending other events remains to be seen, but clearly everybody involved will be hoping the controversies at CEO 2019 do not resurface in the future.

We have reached out to CEO for further comment on the matters discussed within this article and await official confirmation of events.