Smash Bros tournament organizer Shine has addressed a number of complaints from professional players about the state of the set-up at the event – with many zeroing in on the stream.

While it may not have as big a following as some other esports, the Smash scene has a hardcore and loyal following that bounces from event to event hoping to watch some world-class action.

Yet, at this year’s Shine event, which is an annual tournament held in the New England area, there have been plenty of complaints about the event – with players putting their foot down and protesting about the tournament. 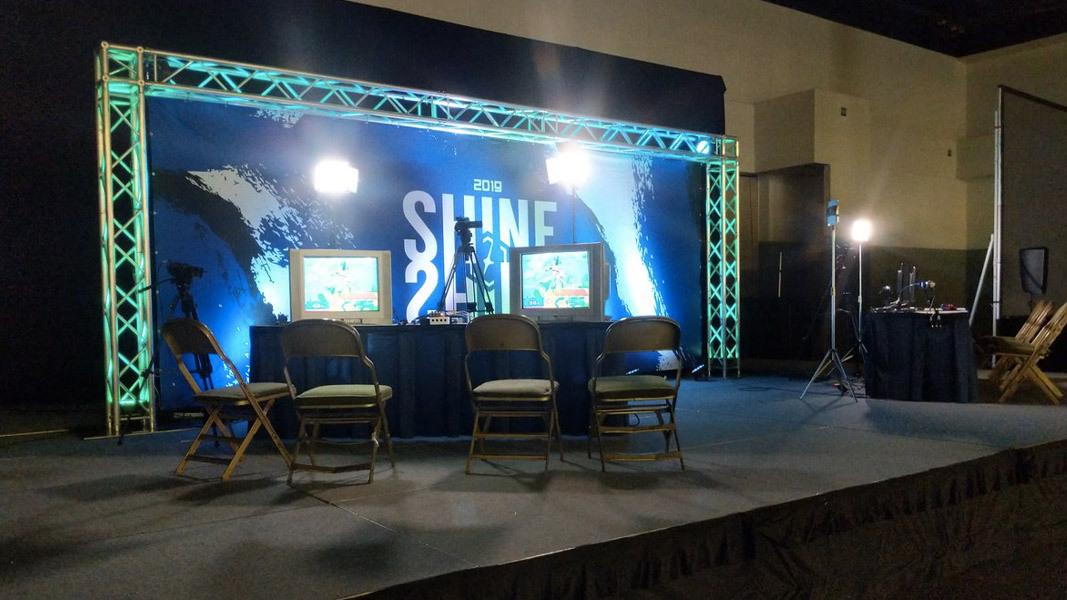 This year’s Shine Series event has been filled with complaints from players.

Legendary professional William ‘Leffen’ Hjelte was one of the most vocal about the issues, including refusing to play one of his match-ups until issues were resolved.

He tweeted: “Also, the stream setup is straight TRASH. I had to refuse to play before they would give me a headset, and it lagged like crazy.” However, the organizers have since apologized and issued an update on the changes they’ll be making moving forward.

Also the stream setup is straight TRASH I had to refuse to play before they would give me a headset, and it lagged like crazy

At the start of a lengthy Twitter thread statement, Shi from Shine, apologized personally for the issues – noting that it wasn’t “up to par on what we would expect out of a broadcast.”

They also explained: “Shine is run by a large community effort. With volunteers, senior volunteers, logistics planners, social media managers, TO’s, Streamers and Channel Partners, the number of people involved are over 100.”

Shine is run by a large community effort. With volunteers, senior volunteers, logistics planners, social media managers, TO’s, Streamers and Channel Partners, the number of ppl involved are over 100.

As for 2019, BTS is the channel partner, and Waveform the broadcast team.

In addition to the apology, Shine revealed that they would be switching up the people responsible for the broadcasts – with Melee Everday taking over the mainstream duties with assistance from crews from the Beyond the Summit team.

For day 3, @MeleeEveryday, which operated BTSSmash2 will be taking over the responsibility of the mainstream with the assist from the BTSSmash3 crew. @JunaUSA and @Eduardo_TMPR have been long time tenants of Shine and we have faith in them delivering a worthwhile expierience

Shi also noted that prior to the Smash Ultimate top 12 portion, which is scheduled for August 25, members of the Shine team will be running final checks to ensure that everything is up to par ahead of the broadcast.

Oops one last thing, mkleo and marss will be doing signoff on the setup prior to the start of top 12 for ultimate, which is planned for 5PM

Whether or not these broadcast issues persist, remains to be seen, but there have been non-playing issues that players have complained about.

Melee player Cody ‘iBDW’ Schwab tweeted his frustrations about not being able to bring food into the venue and the only food on offer, at the event, makes his stomach go “haywire,” before adding that the scene needs “better systems.”

I legitimately don’t know if I can keep doing this to my body. We need better systems.

Schwab himself will be hoping that the numerous issues are rectified before he enters the Smash Melee semi-finals against Team Liquid’s Juan ‘Hungrybox’ Debiedma.

If everything goes to plan on the Shine side, the remaining portion of the event – which contains Smash Ultimate, Smash 64, and Brawlhall action – should go much more swimmingly than the previous days.