PUBG Corp. will roll out the next test server on Xbox One to test two new major features in PlayerUnknown’s Battlegrounds – limb penetration and dynamic weather effects.

Both these features have been present on the PC version of the game for some time now, but the Xbox version is still lagging behind in some areas, which developers are keen to address.

In their latest community update, they have confirmed that limb penetration will be tested out in the upcoming PTS, but an exact date and time has not been set for when it will go live.

They also confirmed that a hotfix had been implemented “that improved directional sprinting with the newly introduced analog movement” and some improved matchmaking fixes.

See below for full details of how limb penetration will be added in the next PTS content update:

We know you’ve probably been wondering when our next PTS content update will be. While we can’t give you an exact date just yet, know that it will be coming soon!

Here’s a few things you can expect to see on our PTS soon:

– Limb Penetration: Limb Penetration is finally coming! If you’re unsure of what that means, here’s a handy little graphic to demonstrate how damage is applied if a player’s forearm takes a bullet while blocking their head. 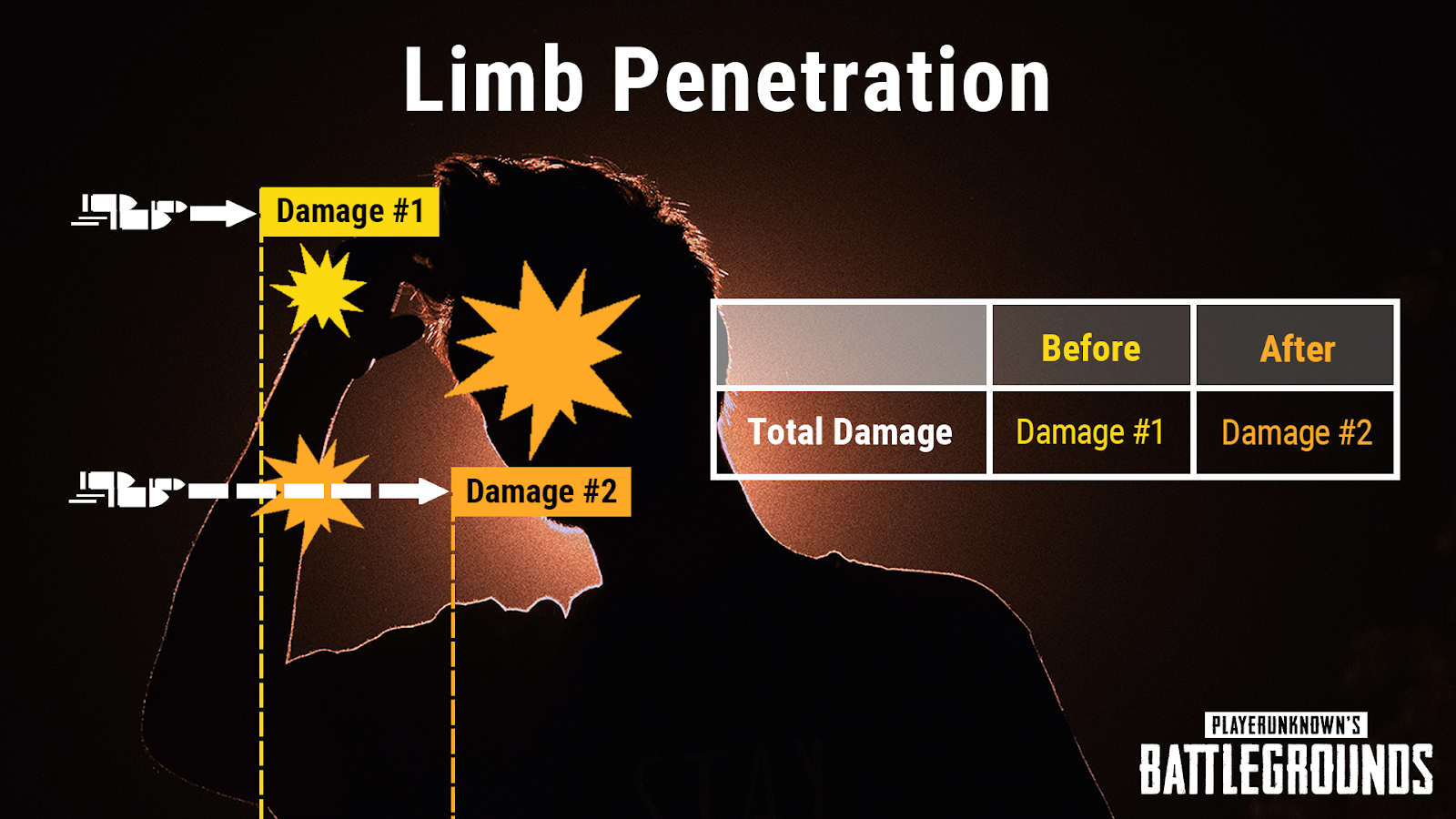 Dynamic weather effects will also be added, for both Miramar and Erangel maps, which was added to the PC version on August 8. This video from PUBG showcases how dynamic weather will look in game.

The developers will also be making some smaller but important updates for Xbox gameplay:

We also wanted to go over a couple of bugs that we’re currently looking into:

– Analog Movement: We found a bug where you will stop sprinting if you are sprinting at certain angles. This has been fixed and will be included in the next PTS update.

– Low Sound Issues: If you are experiencing issues with the sound being too low, please completely exit/shut down any audio or music apps. Even if a song is not playing, the audio mix settings are still applied. By exiting the app, this should help with the low sound issue for most players.

Thanks for your patience while we continue to work through bugs and quality of life improvements. Keep those bug reports and feedback coming, and stay tuned for more news regarding the next PTS update!

As mentioned, there is no specific date or time yet announced for when the PTS will go live, but it is expected to be very soon, likely sometime early in the week beginning August 13.