Lots of new details have been revealed for battling in Pokemon Sword and Shield, including the addition of competitive and ranked play.

The game that will usher in the eighth generation, will allow you to battle other trainers from all over the world. These battles can be casual and friendly affairs all the way through to highly competitive in official competitions. It should be noted an internet connection and a paid Nintendo Switch Online membership is required. 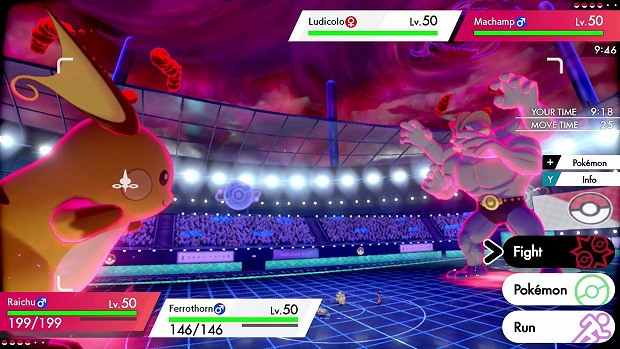 You can battle for fun, without worrying about the competition element, in Pokemon Sword and Shield…

Some trainers may want to experience Pokemon battles without the pressure of being ranked. Casual battles also allow you to use legendary and mythical Pokemon that aren’t available in the competitive format.

There are two formats for all battle modes – single and double. However, it isn’t fully clear whether these modes refer to teaming with another trainer or simply selecting two Pokemon at a time.

A lot of trainers like to really test their skills against others and let those competitive juices fly. If that is you, then ranked battles are the mode for you.

The great thing about ranked battles is that you will be given a definitive ranking based on your results. This will show how strong of a Pokemon trainer you are. The rank you are given will be part of a specific tier. The tiers are as follows with master ball being the highest and beginner being the lowest.

Generally, you will face trainers of a similar rank and therefore from the same tier. Naturally the most ferocious battles will take place in the master ball tier where everyone is striving to be the best. 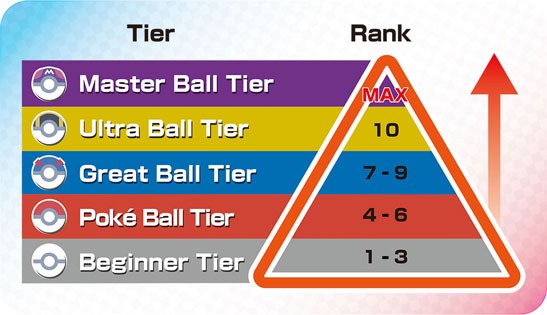 Competitions imply serious battles, but that’s only the case if you want it to be that way. Online competitions are divided into official and friendly competitions.

The official ones are competitive in nature and could result in, if you perform well enough, an invitation to the Pokemon Sword and Shield World Championships.

Rather than a knock out format, these appear to be in some sort of league format as you can participate up to 15 times a day, over a three day period – at least in the example provided in the screenshot below. We’ll have to wait and see whether other competitions will have a slightly different format. 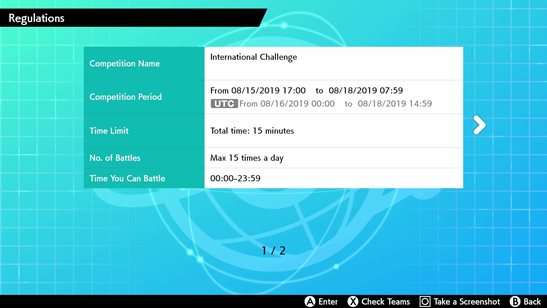 Conversely, friendly competitions can be hosted by yourself and others. While friendly, they are a great way to set up tournaments among friends with the rules and regulations you want.

A throwback to Pokemon Stadium where you can rent Pokemon to battle with – you’ll be able to do the same in Pokemon Sword and Shield.

This means you’ll be able to compete across the variety of competitions on an even playing field, rather than having to build up your own team and perhaps be at a significant disadvantage from the start.

You can rent up to five different teams at once and rental Pokemon can also be used in rank play. 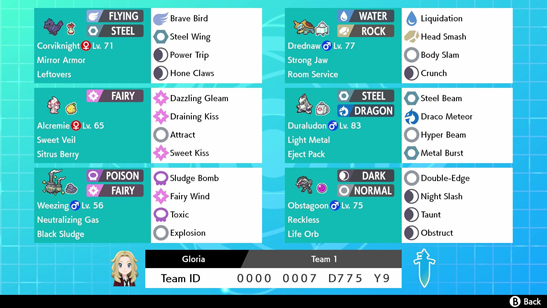 Just like Pokemon Stadium – you can rent Pokemon to battle with!
547

There will almost certainly be further details about rental Pokemon and battles as we build up to the big Pokemon Sword and Shield release on November 15.