Raqyquaza is coming to raid battles in March. A leak, from GamingIntel, has surfaced ahead of the official announcement.

Update: The leak has proved to be correct, Rayquaza will be in Pokemon Go raid battles from March 15 to March 18. The leak did state it would be the shiny variant but so far it appears it won’t be. Whether this changed between the leak and this announcement is unknown. Interestingly Niantic have gone out their way to confirm that shiny Rayquaza won’t be part of three-day event.

A leak has confirmed the popular dual dragon flying-type Pokemon, will be made available in raid battles on March 15.

Rayquaza will be available through to March 18. Typically, Pokemon Go special events such as these, start and finish at 1pm PST. Previous special raid events have seen Pokemon Go trainers get five free raid passes.

Some Pokemon Go players may question why Rayquaza would only be available for three days. This was the information available from the leak. However, one reason could be Niantic may want to limit the time a shiny variant is available. Perhaps this format could be a monthly occurrence.

The tier 5 legendary raid boss is a highly sought after Pokemon due to its high attack stats and the ability to counter other raid bosses.

This is the first time the shiny variant of Rayquaza has appeared in Pokemon Go. 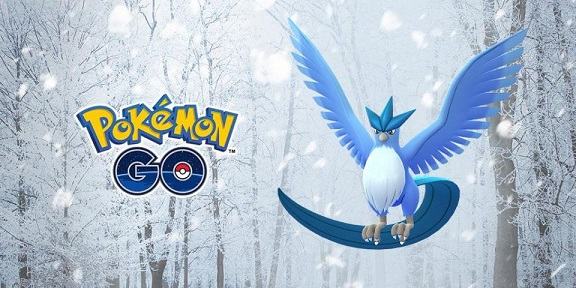 Articuno is considered the best counter for Rayquaza in Pokemon Go…

Rayquaza is best fought against with powerful ice-type Pokemon. The best Rayquaza counter is Articuno. Other ice-types such as Lapras, Cloyster and the recently added Mamoswine are also effective.

Niantic usually announce special events at 1pm PST (9pm GMT). They are expected to confirm it shortly although it is unknown whether that will be soon or closer to the reported event.

Elsewhere, Pokemon Day was marked by the announcement of Pokemon Sword and Shield. These side by side Pokemon games are scheduled to release in late 2019 for the Nintendo Switch.