Many tough tasks await Pokemon Go players in the mobile game, but finding Ditto in the wild might be up there with the most challenging – with many disguises available for it to hide behind.

The popular mobile game has been a massive hit since its initial release in July 2016 and while there are a number of species now available to catch, from several different regions, it’s one from the original Kanto region that has evaded many players.

Ditto, who can transform into other Pokemon, is one of the most difficult creatures to catch in Pokemon Go, as you don’t really know you have found one until it’s been caught. To make matters harder for fans, its disguises change regularly. 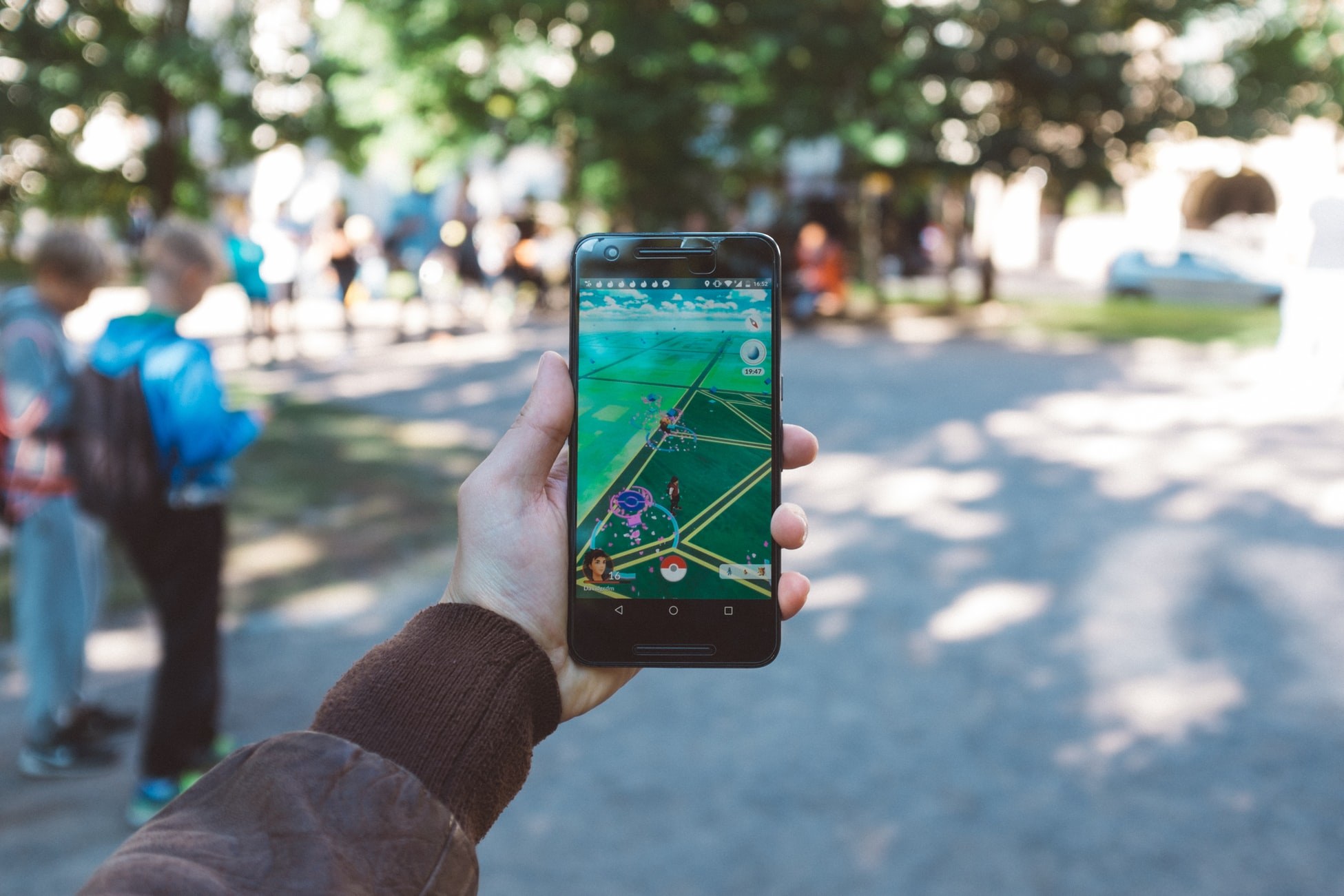 Tracking down a Ditto in Pokemon Go can be tricky, because its always hiding!
[ad name=”article2″]

Ditto has a habit of transforming into Pokemon that you may not even bother encountering. This means a lot of times Ditto will be sat in the wild and trainers will overlook it, simply because they aren’t interested in the common Pokemon it is disguised as.

Ditto can be currently be found in the wild as the following: 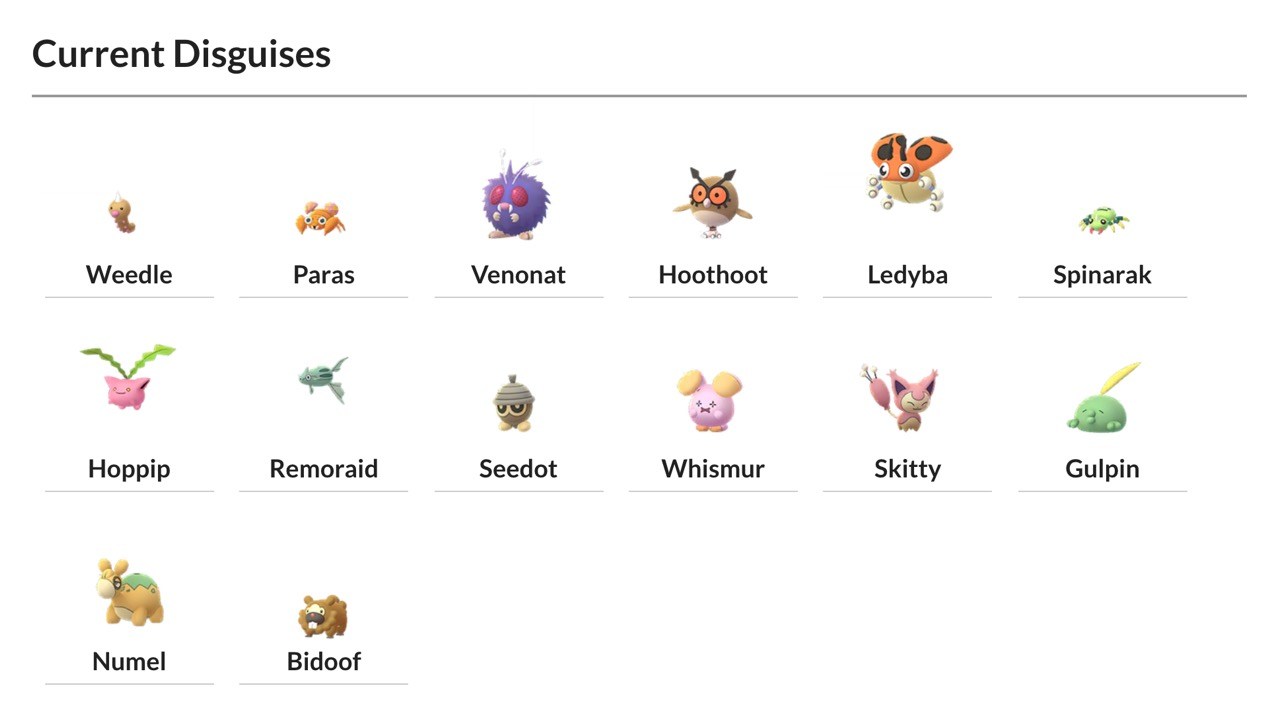 Just how rare is Ditto?

While Ditto can be found as several commonly found Pokemon, the chances of finding one is unlikely. The exact odds aren’t known but even some experienced Pokemon Go trainers have rarely, if at all, encountered one.

Part of its rarity will no doubt be due to it being ignored a lot of the time. After all, how many times have you ignored Pokemon on the above list?

When Niantic release the shiny variant of a particular Pokemon, you can encounter it in the wild to see if it is indeed a shiny before catching it. However, that isn’t the case for finding Ditto, as not only does it not appear in the Pokemon Go overworld but neither during battle.

Instead you’ll need to not only encounter on of these above Pokemon but actually capture it too, before Ditto reveals its true identity. The only way to distinguish a Ditto before capture, is if it is proving difficult to capture and the catch circle is closer to red than you’d expect it to be. 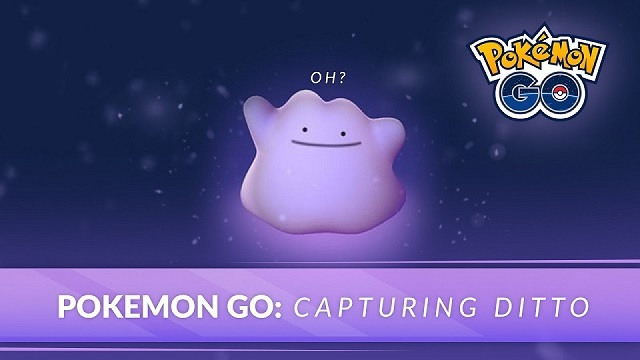 Despite its relative poor battle performance, Ditto is a hot topic in Pokemon Go…
[ad name=”article4″]

Ditto was first available in Pokemon Go in November 2016, four months after the game first released. This meant it was the only non-legendary Kanto Pokemon that wasn’t available to catch at the game’s initial release.

Back in September 2018, lots of Meltan were appearing in Pokemon Go, which at the time was an unknown Pokemon. However, upon capturing the mythical steel-type, it would reveal its true identity to be Ditto.

Ditto may always be looking for new Pokemon to disguise itself as but if a shiny variant of a particular species is available, you can be sure it won’t be hidden as that. For example, Yanma’s shiny is now available and therefore has been removed from the Ditto disguise pool.

What a great Friday. I wasn't even 5 steps into my house when I found this Shiny Yanma in #PokemonGO!! :starstruck::sparkles::mosquito: pic.twitter.com/gPOqX5Xezo

The concept of having a Pokemon that can only transfer into your opponent sounds very appealing. In reality though, it isn’t as good as it sounds.

The copycat Pokemon will only replicate its opponents’ moveset, base stats and type. This means its level, IVs and HP will remain the same, often making it not as useful as it may seem.

There you have it, Ditto is always finding new disguises. You will need to find one if you’re to complete the special research quest “A Mythical Discovery” but certainly don’t rely on it to win battles.