Niantic have confirmed a previously unseen Pokemon Go Bug Out event is coming at the beginning of April.

It has been confirmed that shiny Scyther has been added to Pokemon Go. Previously, it had been unavailable.

Niantic have added shiny Pokemon as part of events before. Adding a shiny Scyther during the Bug Out event makes sense.

Shiny Pokemon are indicated by the sparkles beside a Pokemon during the encounter. Moreover, their colour changes and in the case of Scyther it changes to a different shade of green, with pink body parts instead of brown. Its evolved form Scizor changes from dark red to a more noticeable yellow.

The Pokemon Go Bug Out event will start on April 2, 1pm PDT and last for the usual one week. Therefore, the event will conclude on April 9, 1pm PDT.

As the name suggests bug-type Pokemon will spawn more frequently for the duration of the event.

Perhaps most interestingly though, the real benefit of the event comes from incenses. Not only will incense last twice as long but will it also be more effective, whereby more Pokemon will appear.

This presents a great opportunity for Pokemon Go players who live in more remote areas, away from Pokestops. The increased rate is unknown but using an incense even in the most inactive of areas will result in at least twice the Pokemon seen, and possibly up to four times as many. 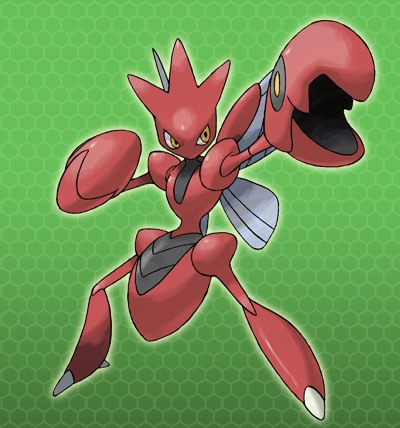 The full list of bonuses can be seen here:

Limited time bug themed field research will also be available for the duration of the event.

In terms of battling, be it at gyms or in raids, no. Bug-types don’t really have a place in the Pokemon Go meta.

The strongest bug-type Pokemon are Scizor, Pinsir and Heracross. While these three have decent attack stats, their relatively poor defense and stamina means they aren’t viable in a competitive sense.

Nevertheless, the Bug Out event does provide a great opportunity for all trainers to catch increased amounts of Pokemon. There is also the chance of encountering the previously seen Butterfree or Pineco shiny.