Much like the Pokemon themselves, Pokemon Go has evolved. No longer is the game purely about catching Pokemon. The introduction of battle modes mean strategy plays an important part. Here are the best Pokemon Go defenders.

When it comes to battling, a well-balanced yet powerful team of Pokemon is paramount. Raid battles and the more recent introduction of trainer battles mean a thought out strategy is required. There is more to the game then simply fielding strong, random Pokemon.

Consequently, a variation of types, so you aren’t susceptible to one Pokemon, is just one of the factors that needs to be considered. Furthermore, the difference in mechanics between raid battles and trainer battles, also results in a different tactic being implemented between the two.

To expand on this point slightly further, raid battles simply require you to defeat one “super” Pokemon. While doing so you can afford to have your team faint because you can either heal them, send out another team or hope others participating in the raid battle win the fight.

On the other hand, in PvP battles, you are competing against fellow Pokemon Go players (for the most part). As a result it is harder to predict what Pokemon you’ll be coming up against. The only way to counteract this is by having a team of various types, and ideally strong Pokemon.

The strength of those Pokemon is determined by their stats. The best Pokemon Go attackers have already been listed (see the link below). Here are the top 20 Pokemon Go defenders.

These are the best 20 Pokemon based on only their defence stat. Blastoise also has a defence stat of 207.

Essentially the defence stat determines how much damage a Pokemon receives when hit by a physical attack. 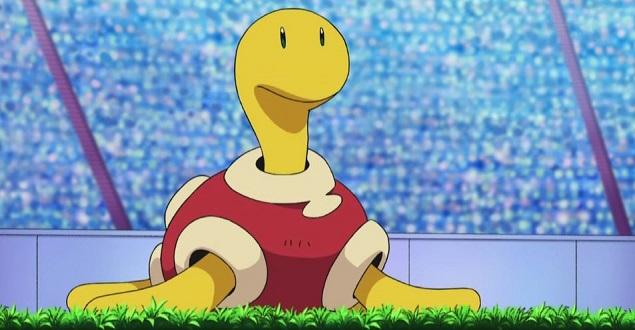 Additional factors such as the power of a given move and a Pokemon’s level (CP) also play a role in determining damage given and taken.

As recently as the end of January, Pokemon Go announced a complete re-balance of Pokemon moves. The purpose of this was to make previously less appealing Pokemon more viable to use in battle. Furthermore, new moves were also introduced.

Read More: Changes made to raid bosses and trainer battles!

Unlike the best attacking Pokemon, the top defensive Pokemon are easier to obtain. This is because there are less legendary Pokemon on the list.